Two arrested after French President Macron slapped in the face 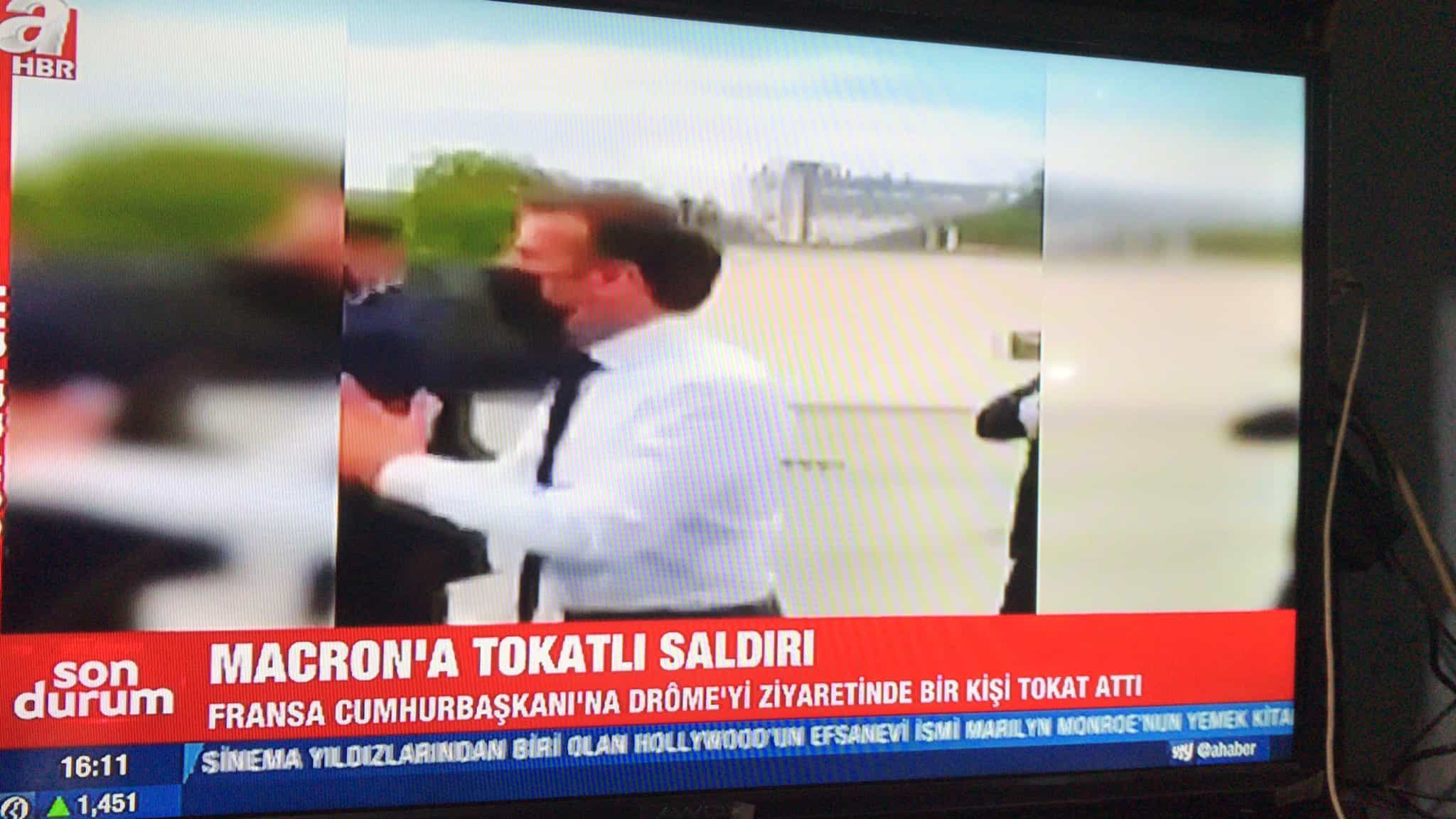 Two people were arrested after French President Emmanuel Macron was slapped by a man during a walkabout with a crowd in the Drome region of southeastern France on Tuesday, according to BFM TV and RMC radio.

BFM TV and RMC posted a video clip that has been circulating on Twitter and other social media platforms, in which a man in a green T-shirt, glasses, and a face mask shouts “Down with Macronia” (“A Bas La Macronie”) and then slaps Macron in the face.

Macron's security team rushed in to pull the man to the ground and move Macron away from him. Macron's entourage confirmed that a man tried to slap him.

Why were 2 people arrested if only one man slapped Macron?  Was one innocent?