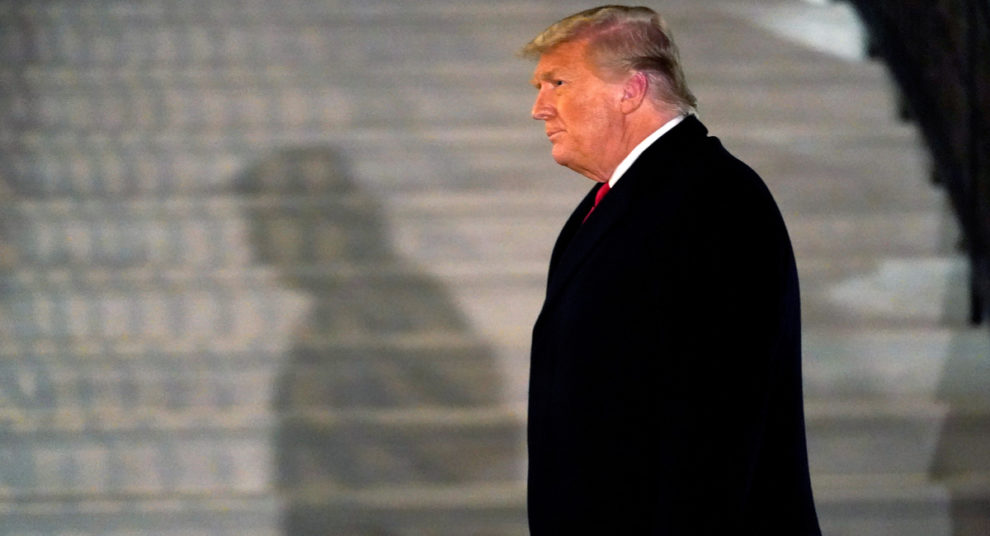 Trump’s legal team says Democrats are engaging in “political theater” and argues the impeachment trial is unconstitutional since he’s no longer President, according to Trump’s legal team’s brief filing.

Trump’s legal team also argues that Trump’s comments in the months before the January 6 speech were “mischaracterized,” and anyway, since the January 6 riot was pre-planned and also started before Trump finished his speech, Trump’s speech couldn’t have incited it.

The brief — from Trump lawyers’ team consisting of Bruce Castor, David Schoen and Michael van der Veen — says that Trump’s speech did not encourage “an insurrection, a riot, criminal action, or any acts of physical violence whatsoever.”

“Of the over 10,000 words spoken, Mr. Trump used the word ‘fight’ a little more than a handful of times and each time in the figurative sense that has long been accepted in public discourse when urging people to stand and use their voices to be heard on matters important to them, was not and could not be construed to encourage acts of violence,” Trump’s legal team writes.