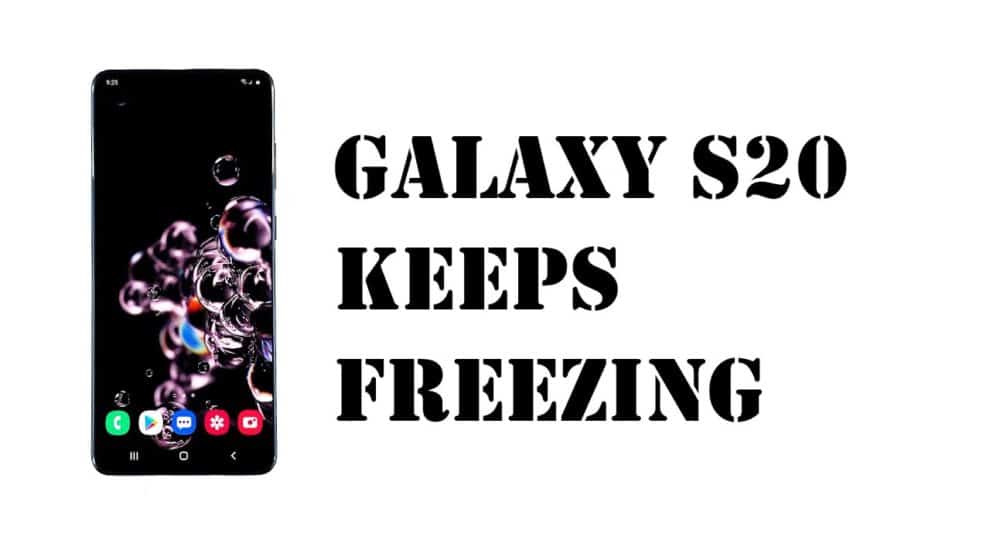 Recall that not long ago, Samsung rolled out a new software update to its Galaxy S20 series with April’s security patches. However, it ended up coming with the green tint on the screen issue. Although this software-related issue has been addressed, it looks like we might be in for another one. Now, a lot of Galaxy S20 users are complaining about the chrome freezing issue on their devices and hoping for a fix as soon as possible.

What Users Are Saying About Galaxy S20 Chrome Freezing Issue

As seen in the Google community, a lot of Samsung Galaxy S20 users are already voicing out and expressing their disappointments.

According to Matt Doe,

“Chrome is frequently freezing on the Galaxy S20. This issue has been described on the Samsung forums as well with many users complaining. I’ve tried changing the refresh rates, clearing cache and data, running the latest updates, reinstalling the app, restarting the phone, etc, etc.” 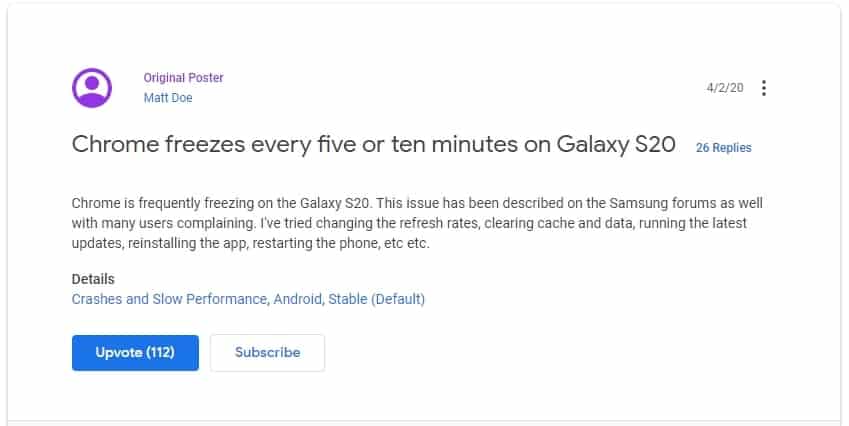 Also, there are several similar complaints on the Samsung community about the Galaxy S20 Chrome freezing issue, and users are not feeling happy about it. Here are some of the complaints so far:

According to Pavpav, an observer on Samsung Community,

“I have the same problem too, on an (Exynos) Samsung Galaxy s20+. I hope they can fix it soon, it’s annoying having to reopen the app every time. Clearing cache and data haven’t solved the issue.”

“Just upgraded to S20 Ultra from my S10 Plus – big mistake

The phone even freezes when I’m using Samsung Internet”

Is Samsung looking into this issue?

I thought the grass was greener by moving from my google pixel 2xl to this.”

So, with the look of things, the freezing issue has extended beyond Chrome to some other web browsers, including the Galaxy S20 default browser. Pending the time a fix will roll out, you might consider using the Microsoft Edge browser, as a user suggested.

“For some reason, it stopped freezing for me yesterday. I didn’t have a single freeze for 2 days now. Is it fixed for you as well?”

Apart from that, there are lots of other suggested fixes for the Galaxy S20 Chrome freezing issue, according to different users. While some suggested that users should fall back to the 60HZ refresh rate, others suggested turning off of Assistant’s ‘Use screen context’ in the Google app. Among other fixes suggested are: wiping the cache partition and factory restoration.

So, as we wait for Samsung’s fix, you might try any of the fixes suggested above. Hopefully, one of them should help in fixing your device’s freezing issue.