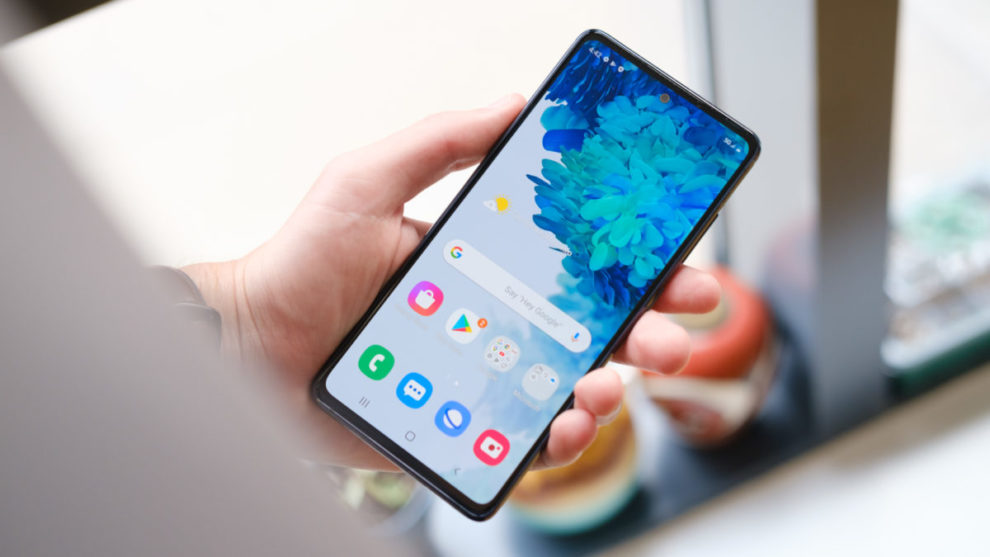 Surely, you’ll agree with us that Samsung Galaxy S20 FE, which was released this year, is one of the best Android phones in 2020. Speaking of the smartphone, it sells at a starting price of $699 and packs a lot of amazing features. One of them is that it comes, powered by one of Qualcomm’s best processors, Snapdragon 865 chipset. Apart from that, the smartphone also comes with up to 6GB of RAM and 128GB internal storage, which is expandable up to 1TB. Speaking of its display, the device comes with a 6.5-inch Super AMOLED screen and up to 120 Hz refresh rate. Even at that, it’s unfortunate that the display isn’t offering users the best experience. According to reports across social media platforms, a few Galaxy S20 FE users are reporting some annoying touchscreen issues

Some Galaxy S20 FE users, who have now taken to social media platforms, including Reddit and Samsung’s Community, are complaining that they’re experiencing some touchscreen issues on their devices.

According to reports so far, it seems the touchscreen issues vary from user to user. However, most people pointed out that the touchscreen issue prevented their devices from responding to taps or swipes. Let’s have a quick look at a few of the reports regarding the issues below:

According to LittleShmuplet, the Galaxy S20 FE user complained about experiencing some touchscreen issues. While reporting the problem, the user mentioned that he only got the smartphone on its launch date. However, he hasn’t been enjoying the touchscreen. Furthermore, LittleShmuplet mentioned that there was a time the device “kept ghost touching in the bottom right corner”. However, that only occurred for some time before fixing itself. The user also reported a few other problems relating to the touchscreen. You can check below for the screenshot of the report. 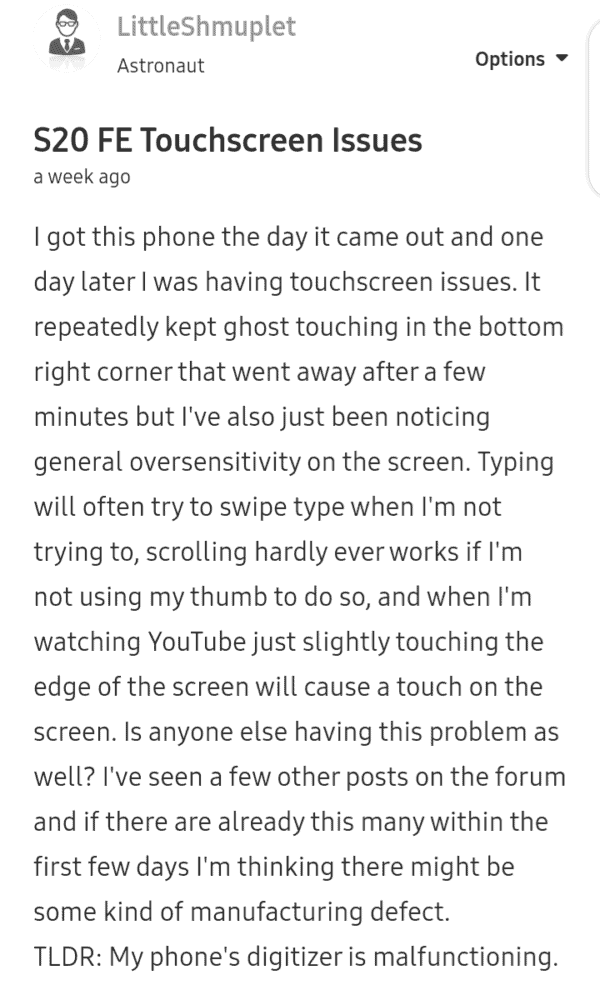 Since it hasn’t been long since Samsung started selling the device, it’s still unclear whether or not the Galaxy S20 FE touchscreen issues are widespread.

No Temporary Known Fix Yet

Looking at the reports across various platforms so far, we’re yet to find any user with a temporary fix for the issue. So, in case you’re also experiencing the touchscreen issues on your Galaxy S20 FE device, you might have to wait for Samsung to roll out a fix to address it.

However, it’s still uncertain when the fix will be available. That’s because the South Korean giant tech company hasn’t yet come up with a fix to address the annoying issue. We heard the company is offering a replacement to some affected users. However, according to a user, the Galaxy S20 FE touchscreen issues also persist on the replaced devices. We’ll continue to keep our eyes on Samsung for any update regarding the issues. So, you can rest assured that we’ll let you know as soon as a fix is available.