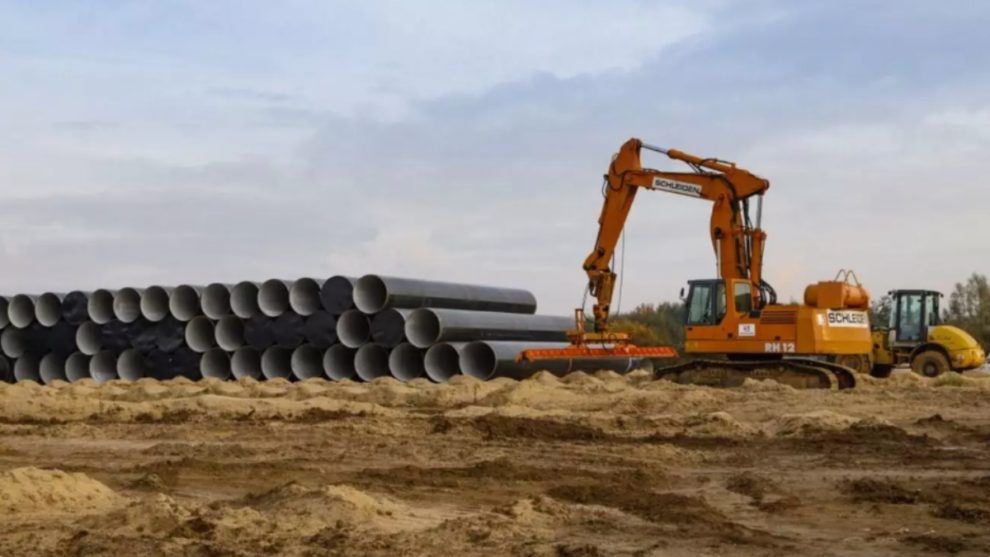 Russian energy giant Gazprom said Wednesday it could not guarantee the good functioning of the Nord Stream gas pipeline and did not know if a “critical” turbine engine would be returned from repair in Canada.

Gazprom started 10 days of maintenance on the Nord Stream 1 pipeline on Monday, with the EU — particularly gas-reliant Germany — waiting nervously to see if the taps will be turned back on.

The turbines are currently undergoing maintenance at a Canadian site owned by German industrial giant Siemens.

“Gazprom does not have a single document to allow (German company) Siemens to take out of Canada the gas turbine engine currently being repaired there,” the company said in a statement Wednesday.

“In these circumstances, it is not possible to draw an objective conclusion about the development of the situation and ensuring the safe operation of the Portovaya station — a critical facility for the Nord Stream gas pipeline.”

Over the weekend, Canada agreed to deliver to Germany turbines needed to maintain the  pipeline, despite sanctions in place against Russia and appeals from Ukraine.

Kyiv summoned Ottawa’s ambassador on Monday in protest at the “unacceptable” move.

The World Ukrainian Congress also filed a lawsuit asking the Canadian federal court to review the decision, hoping to have it overturned.

On Wednesday, Canadian Prime Minister Justin Trudeau responded to the criticisms, saying the sanctions “are aimed at Putin and his enablers, and aren’t designed to harm our allies and their populations.”

He explained that the decision to allow these parts to be shipped to Germany was taken to avoid a possible major energy crisis in Europe, and in turn maintain its peoples’ support for the West’s backing of Ukraine.

“This was a very difficult decision,” he added.

The annual work on the gas link was scheduled long in advance, but the fear has been that — with relations between Russia and the West at their lowest in years — Gazprom might seize the opportunity to simply shut off the valves.

Berlin has not provided a timetable for the return of the turbines. A government spokesman said Monday that Siemens was “planning to transport (the turbines) as soon as possible” from Canada to Germany, and then onto Russia to be installed.

The European Commission confirmed last week that this type of equipment was exempt from the EU sanctions regime.