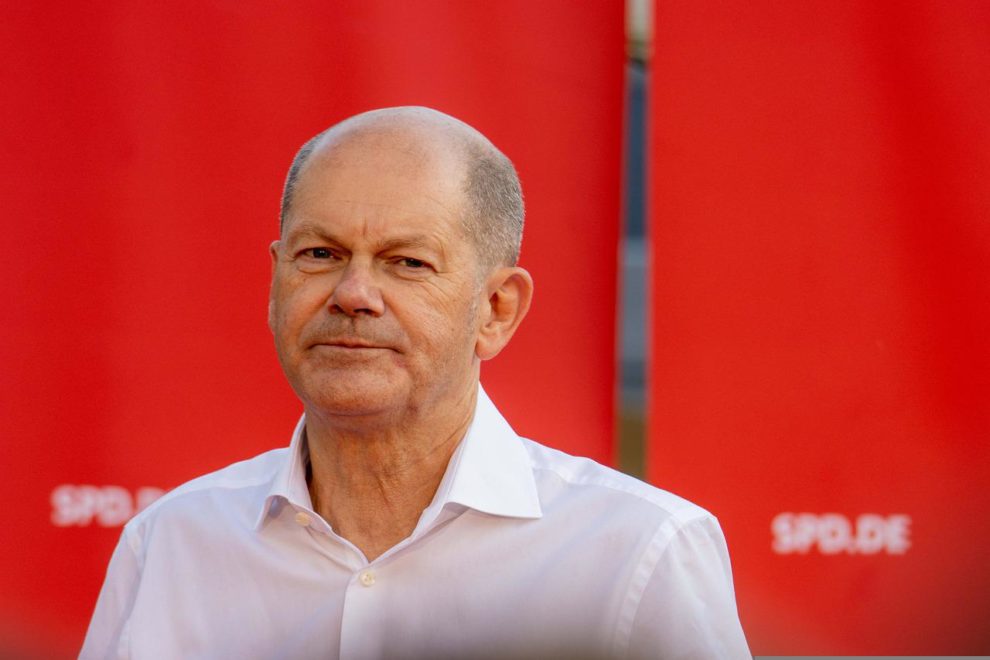 Under the compromise agreed by Scholz’s cabinet, Chinese shipping giant Cosco will be allowed to buy a stake “below 25 percent” in the Tollerort container terminal owned by HHLA, the economy ministry said in a statement.

“The reason for the partial prohibition is the existence of a threat to public order and safety,” said the ministry.

China’s state-owned Cosco had initially sought a 35-percent stake and the deal would have automatically gone ahead if a compromise solution wasn’t found this week.

The agreement comes ahead of Scholz’s visit to China next week as the first European Union leader to make the trip since November 2019.

Scholz, a former Hamburg mayor, backed the Cosco deal and has repeatedly stressed the importance of strong trade ties between China and Europe’s biggest economy.

But six ministries wanted to veto the sale, including those of defence, economy and foreign affairs, at a time of heightened concerns about critical infrastructure falling into foreign hands.

The row caused a rift between Social Democrat Scholz and his coalition partners, the Greens and the liberal FDP, who said lessons had to be learned from Germany’s breakdown in ties with Russia.

Beijing welcomed Wednesday’s green light and accused critics of “hyping up” the acquisition.

“Cooperation is mutually beneficial. We hope the relevant parties will view pragmatic cooperation between China and Germany rationally and stop baselessly hyping it up,” said foreign ministry spokesman Wang Wenbin.

Badly burned by the over-reliance on Russian gas imports, many in Germany are wary of falling into the same trap and becoming too dependent on China economically.

The European Commission also warned against the Hamburg project, a source close to the matter told AFP at the weekend, amid fears sensitive information about activity in the port could be relayed to China’s government.

The agreement to settle for allowing a reduced stake of 24.9 percent, thereby depriving Cosco of voting rights, “reduces the acquisition to a purely financial participation”, the economy ministry said.

But the face-saving compromise failed to silence critics.

Anton Hofreiter, a Green party lawmaker and chairman of the German parliament’s European affairs committee, said approving the deal was the wrong decision.

Scholz’s argument “that this is a purely commercial project is fatally reminiscent of the statements on Russia and Nord Stream (gas pipelines),” he told Funke media group.

“The attitude can be described as naive at best,” he said.

Franziska Brandmann, leader of the FDP’s youth wing, likewise accused the government of being “naive about security policy”.

Conservative opposition leader Friedrich Merz said Germany needed “a reassessment of its relationship with China”, noting that the Asian giant was becoming “more repressive” at home and “increasingly aggressive” abroad.

Chinese firms already hold stakes in other European ports, including Rotterdam and Antwerp, but the EU’s stance against Beijing has hardened since then.

Germany too has in recent years taken a closer look at Chinese investment in sensitive technologies and other areas, and reserves the right to veto acquisitions.

The economy ministry said Wednesday that as part of the Cosco compromise, the Chinese firm would not be allowed to appoint senior staff members or have a veto right on strategic business decisions.

Any future attempt to increase the shareholding above the 25-percent threshold would trigger a fresh government review, the ministry added.

But the relationship has been soured in recent years by China’s strict zero-Covid policy, the escalation of tensions over Taiwan and concern over human rights issues in the Muslim-dominated Xinjiang region.