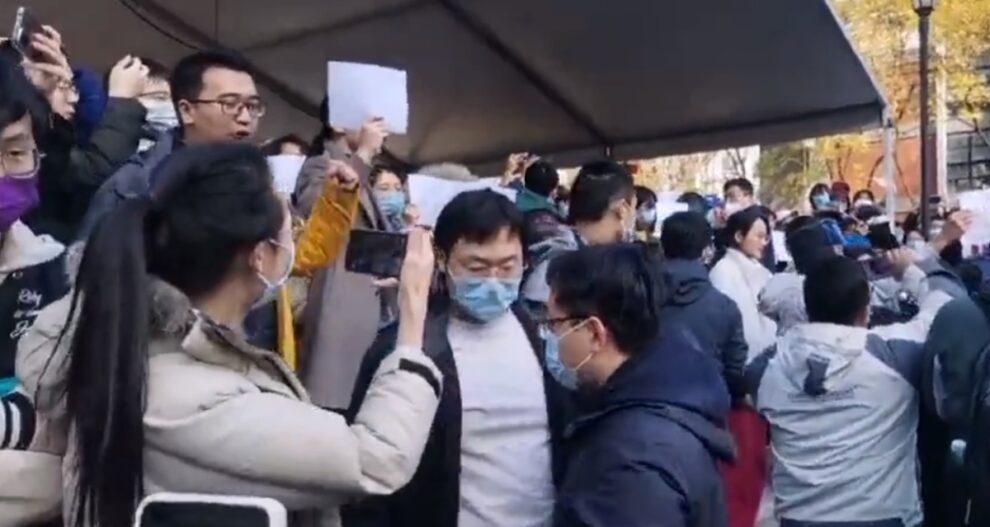 Global economic leaders on Friday hailed China’s move away from its hardline zero-Covid policy, with the IMF chief saying the “decisive actions” would help revive growth both in the country and globally.

The relaxation would help to shore up a world economy struggling with the impact of the pandemic and Russia’s invasion of Ukraine, the head of the World Trade Organization said after the conference in the eastern city of Huangshan, hosted by outgoing Chinese Premier Li Keqiang.

Beijing on Wednesday announced a loosening of its zero-tolerance approach to coronavirus outbreaks, ending large-scale lockdowns and allowing some positive cases to isolate at home following widespread protests against the restrictions.

The decision indicated that the world’s second-largest economy is finally shifting towards living with Covid after years of grinding curbs stifled growth.

“We welcome very much the decisive actions taken by the Chinese authorities… to recalibrate the Covid policies so as to create a better impetus for the revival of growth in China,” Kristalina Georgieva said at a press briefing with the heads of other major economic institutions.

The effort to boost vaccination rates and anti-viral treatments “is very good for the Chinese people, but also important for Asia and the rest of the world”, Georgieva added.

“China’s performance matters (not just) to China — it matters to the world economy as well.”

The global economy has been rocked this year, with Russia’s brutal invasion of Ukraine adding to a stuttering post-pandemic recovery and a cost of living crisis in many countries.

The retreat from zero-Covid “will help remove one set of uncertainties” in a world reeling from the impacts of the pandemic, the war in Ukraine and climate change, said WTO Director-General Ngozi Okonjo-Iweala, at the same briefing.

Secretary-General of the Organisation for Economic Co-operation and Development, Mathias Cormann, said the “adjustments will support the strength of the recovery both in China and globally”.

Beijing’s step back from zero-Covid has so far helped to prop up global stock markets fearful of a looming recession in the United States, but analysts have warned that China’s route to a full reopening remains bumpy.

Long criticised for disrupting business operations and global supply chains, the zero-Covid policy has acted as a constraint on China’s economy, with analysts expecting Beijing to miss its stated annual growth target of 5.5 percent.

Public frustration with snap lockdowns and mass testing boiled over last month as protesters took to the streets in cities around the country, with some calling for greater political freedoms in China’s most widespread demonstrations since 1989.

On Friday, China rolled back more restrictions, with the culture and tourism ministry announcing that visitors will no longer be required to show “health codes” when entering a range of different venues.

A spokesperson for the National Health Commission said at a press briefing on Friday that hospitals must not refuse care to coronavirus-positive patients, state broadcaster CCTV reported.

The move marks a further pivot away from China’s longstanding strategy of isolating all those who test positive and treating them in specialist state-run facilities.

Demand for home treatments and personal protective gear has surged amid concerns over large-scale outbreaks, even though official statistics have reported a decline in new cases in recent days.

China’s market regulator said Friday that it would crack down on price gouging after the retail price of a traditional flu treatment as much as quadrupled in the first few days of December.