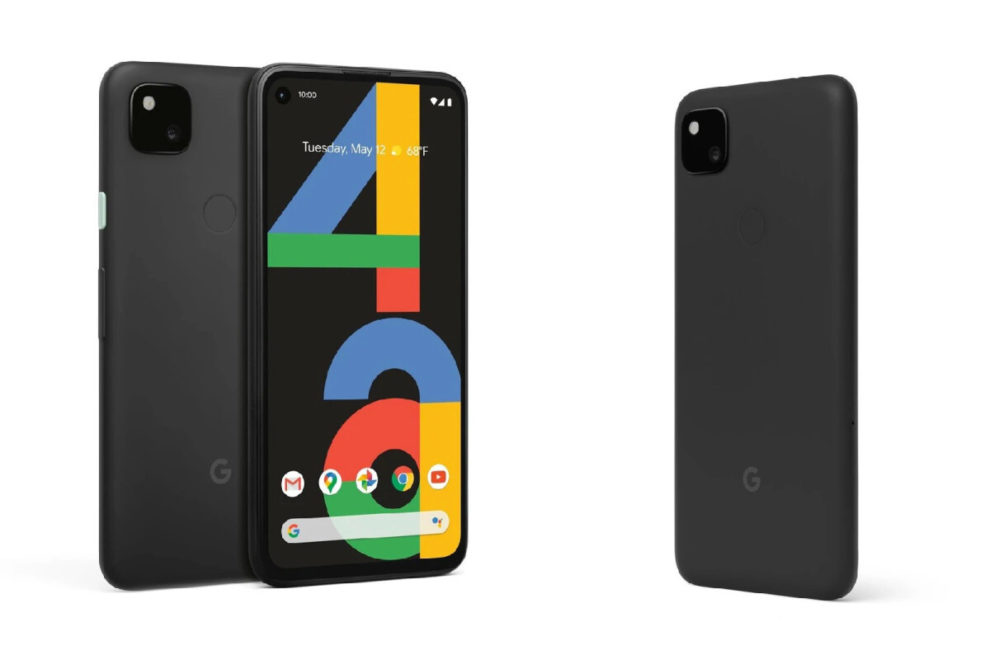 Google introduced the budget-friendly Pixel 4a smartphone in the US on August 20, 2020. Interestingly, the device brings a host of amazing features and specifications in its price segment. First, the device comes, powered by Qualcomm Snapdragon 730G chipsets. Apart from that, it also comes with a 5.81-inch display, 6 GB of RAM, and up to 128 GB of internal storage. According to the latest reports across various social media platforms, many Google Pixel 4a users are now complaining of an annoying screen flickering issue. Furthermore, most of the affected users indicated that the issue restricted them from viewing their Facebook and Instagram stories.

In case you’re also experiencing the screen flickering issue on your Google Pixel 4a device, there might be a workaround for you to address it.

Google Pixel 4a Users Are Reporting A Screen Flickering Issue

Many Google Pixel 4a users have now taken to various social media platforms, including Google Forum and Reddit, complaining about an annoying screen flickering issue. Furthermore, according to reports so far, it seems the issue is restricting affected users from viewing their Facebook and Instagram stories. Let’s have a quick look at some of the complaints below. 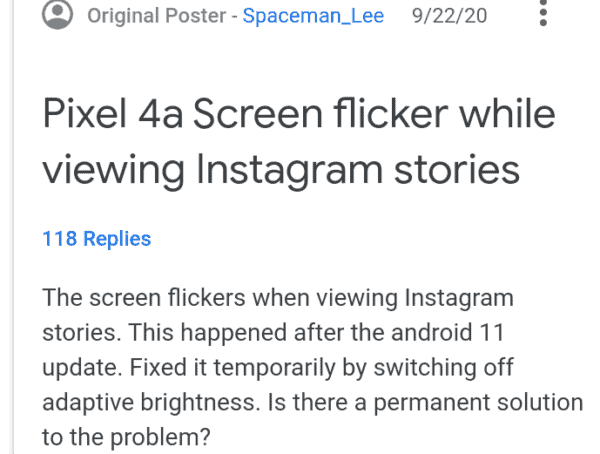 According to Martin Benoit, the Pixel 4a user, who’s also experiencing the screen flickering issue, said:

“Same issue and it’s surely due to Android 11 and Pixel 4a… Because Instagram works perfectly with other androids, so Google must fix it fast.”

Having gone through several reports across various social media platforms, we noticed that the Pixel 4a screen flickering issue mostly restricted users from viewing their Facebook’s Instagram stories. However, a few users also mentioned that they experience the issue across some other applications.

Furthermore, from a recently posted YouTube video, we noticed that the way the issue affects Instagram is way different from how it does on other apps. You can check here for what a user said regarding the effect of the Google Pixel 4a screen flickering issue.

Any Fix To Address The Annoying Issue?

For now, the exact cause of the annoying Google Pixel 4a screen flickering issue is still unknown. However, according to a moderator on the Google Forum, the issue is likely from Instagram. Well, we won’t agree with this, as it has only been reported by the Pixel 4a users.

That said, in case you’re also experiencing the issue, there might be an unofficial fix for you to address it. As mentioned earlier, you need to disable adaptive brightness, as suggested by many of the affected users. In case you’re wondering how to do that, here are a few straightforward steps for you to follow below.

Instagram to begin asking US users for their race and ethnicity