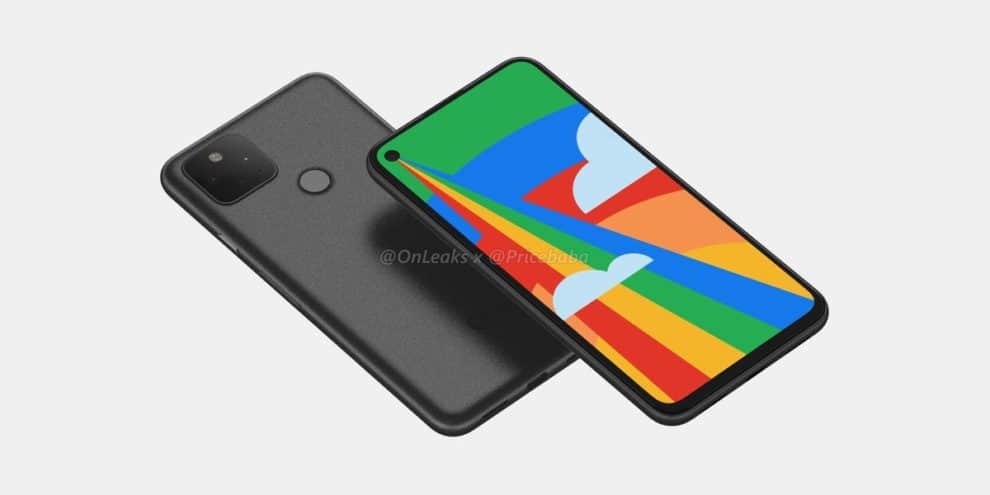 There is also a square-shaped camera at the back of the Pixel 5 phone featuring a dual sensory setup. For increased security, the Google Pixel 5 will also come with a fingerprint sensor, installed just below the camera for increased protection. There are speculations about whether this new model will feature a face unlock as its predecessor, the Pixel 4a.  Some experts feel that the Google Pixel 5 will feature biometric security which will be largely limited to the fingerprint sensor installed at the back of the phone.

The overall structure and exterior of the phone resemble Pixel 4a, although some elements have been changed but the overall look still retains most features of the previous model. The stark difference between the Google Pixel 5 and the Pixel 4a is the extra camera installed at the back of Pixel 5 as visible in the render images. Moreover, the shiny power button along with the volume buttons are installed on the right edge of Pixel 5. The position of the SIM tray has been changed to the bottom of the left side of the phone.

Pixel 5 as shown in render images also features dual speakers for much better quality of sound. There is also a USB-C port installed at the bottom of the phone.

In addition to leaking information regarding renders, Onleaks and Pricebaba have also revealed significant details of the hardware installed in Pixel 5. The new phone will have a screen that measures 5.7 inches or at most, 5.8 inches. This small screen will make it easier to carry the Pixel 5, it can also be kept safely in a pocket or purse.  The dimensions of the phone measure up to 144.7 x 70.4 x 8.1 mm. These measurements resemble that of the Pixel 4a. This reiterates the fact that the exterior of Google Pixel 5 renders has largely been unchanged from the previous model.

The battery size and any other information regarding the Google Pixel 5  is still unknown. Fans will probably have to wait a few more months till all details are made available on the official launch. The official image released by Google on their blog, features the phone in its full glory with a shiny and sleek exterior. Apart from glimpses of design and the news of the new Pixel 5 supporting 5G, Google has mostly kept any information about the new phone a secret. It is anticipated that the official launch of the Pixel 5 will take place on 30th September.