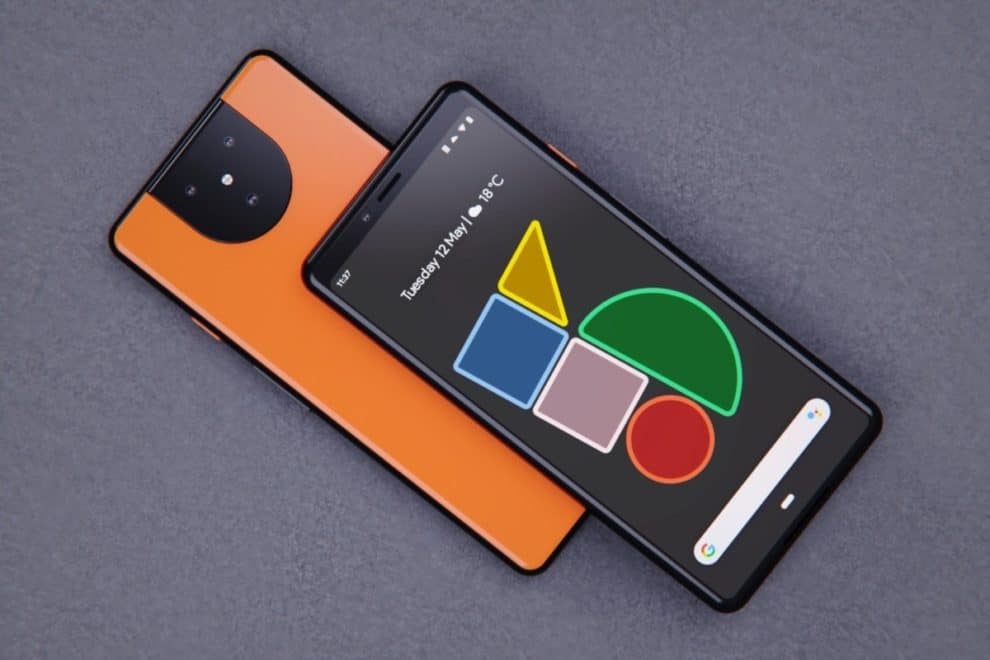 The Google Pixel 5 XL is the 2020 upcoming flagship smartphone from the giant company behind Android. Even though Google is yet to unveil the phone, we know that it’s going to come with a lot of improvements in key areas where Pixel devices always stood out. Before now, we have only seen a handful of leaks online showing the design of the upcoming flagship design. One such is the image posted on Slashleaks, showing that the upcoming phone will come with a chunky forehead bezel, like that of the previous one. However, according to the latest leak of the Google Pixel 5 XL case, it’s likely that the device will still feature a rear-mounted fingerprint scanner.

In this article, we’ll be looking at the latest leak of the Google Pixel 5 XL case, which has offered us more detail as to the design of the upcoming device.

A new leak of Google Pixel 5 XL case alongside the device, shared by Slashleaks has revealed the design of the upcoming flagship phone. 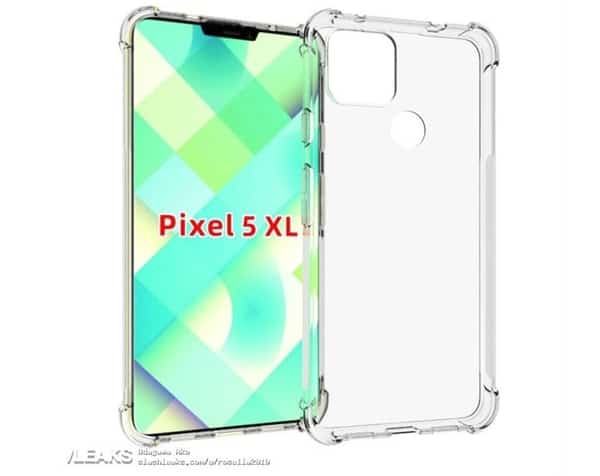 By looking at the leaked case, you’ll see, through the single circular cut out, that the upcoming device will still come with a rear-mounted fingerprint scanner. Also looking closely at the shared image, you’ll notice that the positioning of the fingerprint scanner is somewhat similar to that of the previous releases, including the Pixel 3 XL. Apart from that, the leaked Google Pixel 5 XL case also reveals that the next flagship device will house a 3.5mm headphone jack.

Comparing the features above to that of the 2019 flagship Pixel 4 XL, you’ll see that a lot is changing for the upcoming pixel.

On the Pixel 4 XL, there’s no fingerprint scanner. Instead of that, Google added a 3D facial recognition technology to it. Also, the giant company didn’t add any housing for a 3.5mm headphone jack, while releasing the 2019 flagship.

For now, there’s no official statement as to the launch date of the upcoming Google Pixel 5 XL. However, looking at previous releases, you’ll notice that Google has been very consistent when it comes to releasing its new Pixel flagships.

Looking at the 2019 flagship, Google released Pixel 4 on October 15 at an event. And nine days after, the company started shipping them off to its customers. Similarly, Google also released the 2018 flagship, Pixel 3 in October. So, with this consistency from the company, we might want to believe that this year’s flagship will also come to us around mid-October.

However, it’s worth noting that there might be a delay in this timing, as a result of the current coronavirus pandemic.

According to the popular Twitter leaker Jon Prosser, Google’s budget smartphone, Pixel 4a is not likely to be unveiled until July. Well, Google supposed to announce the device in May but couldn’t – because of the market conditions. 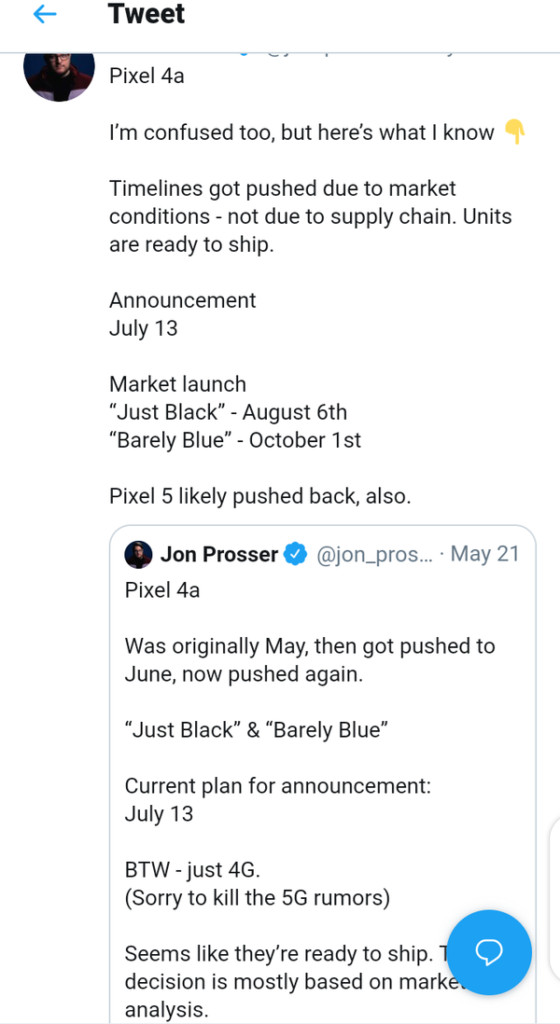 So, it’s still unclear whether or not that will also affect the release date of the upcoming Google Pixel 5 XL.