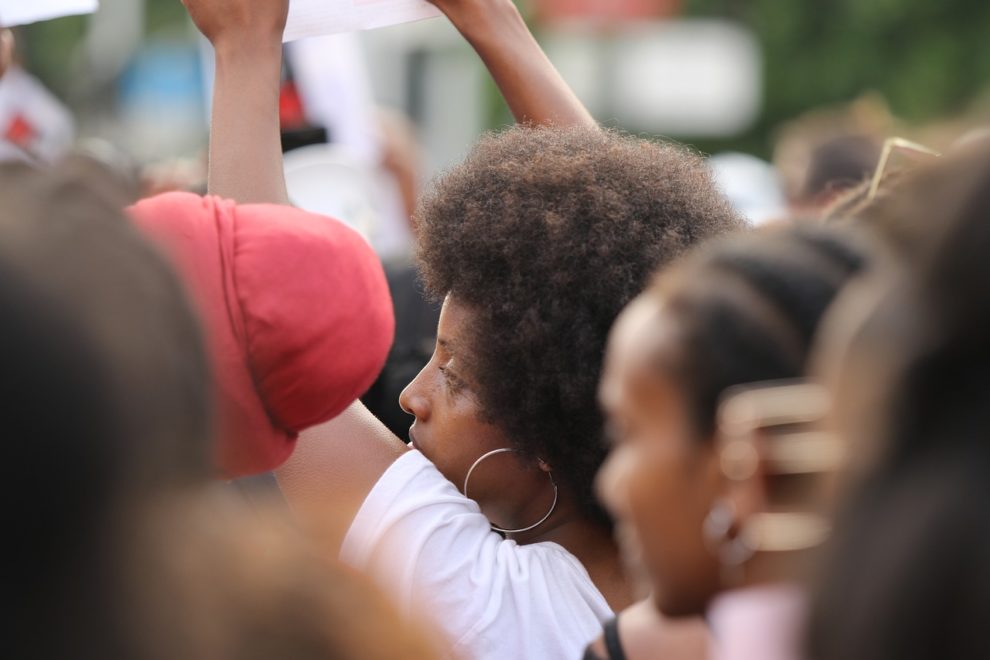 “It’s quite striking that the arguments being made for a U.S. intervention in Haiti are so alike the ones that were used to justify the 1915-34 occupation.”

In the wake of Wednesday’s assassination of Jovenel Moïse, the unpopular, corrupt, and increasingly authoritarian U.S.-backed Haitian president, observers fluent in the history of foreign interference in the hemisphere’s first truly free republic sounded the alarm over the same sort of calls for intervention in the name of “stability” that preceded so many previous American invasions of Haiti.

On Wednesday, the editors of the Miami Herald responded to Moïse’s murder by asserting that the “U.S. must get off the sidelines and act.”

The U.S., as Haiti’s biggest donor, has no choice but to take the lead… to stabilize Haiti. An international coalition could do immense good very quickly by picking five critical things to focus on so that basic life in Haiti can continue: good roads, reliable electricity, clean water, policing that works, and Covid vaccines.

The Miami Herald editors were not alone. Robert Fatton, a professor of government affairs at the University of Virginia at Charlottesville, told France 24 that “in previous decades the U.N., U.S., and France have sent troops [to Haiti] due to political insurgency. If things worsen I assume we’d have an intervention.”

Echoing this sentiment, the editors of the Washington Post called for “a swift and muscular intervention” in Haiti.

It's not just the bit about restoring order and stability after the murder of the president, though there is that.

It's also the wider basis for intervention, which sound verbatim from the occupation period.

New roads, an expanded water infrastructure, police reform, and a vaccination campaigns were the central "accomplishments" of the 1915 occupation.

U.S. State Department spokesperson Ned Price said at a Wednesday press conference that the Biden administration is “prepared to respond to requests for assistance” from Haiti’s interim leadership, and that the U.S. “expect[s] to be in receipt of formal requests” for armaments.

When asked specifically about “the history of U.S. intervention in Haiti” and any “appetite” to intervene again, Price indirectly answered that “the United States has and will continue to stand by to provide assistance to the Haitian people.”

“What happens now is the question. Will the Biden administration and other political players use this moment as the pretext for military intervention, as was done in 1915?”
—Black Alliance for Peace

Jake Johnston, a research associate for the Center for Economic and Policy Research in Washington, told Maria Abi-Habib of the New York Times that “there will be a lot of calls for international intervention and sending troops” in the name of restoring stability to Haiti.

“But it’s important that we take a step back and see how international intervention has contributed to this situation,” Johnston said. “There’s already been billions of dollars spent on so-called nation-building in Haiti, which has only contributed to the erosion of the state and politicization of these institutions. To now say we need to do more of this, well, that won’t work.”

Amid reports that at least one U.S. citizen was among those arrested in connection with Moïse’s assassination and the mounting calls for foreign intervention, the U.S.-based anti-war group Black Alliance for Peace (BAP) said that it “smells a rat.”

“What happens now is the question,” BAP said in a statement. “Will the Biden administration and other political players use this moment as the pretext for military intervention, as was done in 1915?”

“Whatever happens, the Black Alliance for Peace remains steadfast in our call against foreign intervention and occupation of Haiti,” the group said. “And we call on all anti-imperialist and Black internationalist forces to stand with the Haitian people and oppose U.S. and European interventions deployed under the guise of the ‘responsibility to protect.'”

Unknown assailants overnight assassinating Haitian President Jovenel #Moïse was a horrific act that should be condemned in no uncertain terms. Unfortunately, such violence is unsurprising. #Haiti https://t.co/PFJdoSDv3z

“For over a century the U.S. military has helped corporations plunder Haiti, carrying out invasions, supporting coups, and menacing anyone who fights for the freedom and independence of the country,” writes artist and activist Rachel Domond. “Even if they use humanitarian language, the goal of any U.S. intervention remains the same.”

Haiti—site of the world’s only successful nationwide slave revolt—was the first country in the hemisphere to win its independence after the United States. Over the course of 13 years beginning in 1791, Haiti’s slaves fought to end not only slavery, becoming the first nation to permanently do so, but also French rule in a colony that, while only the size of Maryland, produced as much wealth as all 13 colonies of the future United States combined.

Haiti was the first truly free nation in the Americas, and the world’s first Black republic. Its revolution also belied the hypocritically egalitarian pretensions of the French and U.S. revolutions, the latter which fought to preserve and expand slavery while declaring that “all men are created equal.”

Haiti’s revolution—led by Jean-Jacques Dessalines, Toussaint L’Ouverture, Henri Christophe, and others—was a tremendous inspiration to enslaved Black people yearning to be free throughout the hemisphere. It also proved a major catalyst for early U.S. expansion, as it led Napoleon Bonaparte to sell the Louisiana Territory to the United States.

However, U.S. Founding Fathers were alarmed by the Haitian revolution and its implications in the United States, where nearly one in five inhabitants were enslaved Black people. President George Washington, who regarded slaves as “a very troublesome species of property,” wrote to French Minister Jean Baptiste de Ternant in September 1791, promising “every aid in [our] power to our good friends and allied the French to quell the alarming insurrection of the negroes.”

Thus began the more-than-200-year history of U.S. intervention in Haiti. Instead of exalting Haiti’s hard-won freedom, the United States refused to recognize the country until 1862. What it did recognize was the crushing debt imposed by France as a condition for peace that continues to harm Haitians to this day.

In 1891 U.S. President Benjamin Harrison attempted to acquire a naval base at Môle Saint-Nicolas, prompting Frederick Douglass, the U.S. minister and consul-general at the time, to declare that “there is perhaps no one point upon which the people of Haiti are more sensitive, superstitious, or united, than upon any question touching the cession of any part of their territory to any foreign power.”

“Haiti has been struggling against imperialism from the West since the very day she established her sovereignty.”
—Joseph Sturgeon III, writer

The U.S. would occupy Haiti until 1934, killing thousands of Haitians who resisted the invaders. Occupation forces and administrators implemented forced labor in service of building the kinds of infrastructure advocated by the Miami Herald editors, Jim Crow segregation, and looting of the country’s finances for the benefit of New York banks. Rape of Haitian women and children by U.S. troops ran rampant, and unpunished.

Following the withdrawal of U.S. troops, successive administrations in Washington, D.C. supported Haitian dictators including the brutal kleptocrat François “Papa Doc” Duvalier, not only turning a blind eye to his regime’s gross human rights violations but also training its security forces. Meanwhile, U.S. economic interests profited handsomely from their investments in a “stable” Haiti. “Papa Doc” was succeeded upon his death in 1971 by his son Jean-Claude “Baby Doc” Duvalier, who was also backed by the U.S. even as his death squads murdered as many as 60,000 Haitians.

Haiti finally held democratic elections in 1990. Jean-Bertrand Aristide, a Catholic priest, was elected with two-thirds of the vote. However, less than a year later he was overthrown in a military coup whose plotters included CIA operatives.

Joe Biden in 1994: "If Haiti—a God-awful thing to say—if Haiti just quietly sunk into the Caribbean or rose up 300 feet, it wouldn't matter a whole lot to our interests." pic.twitter.com/iMvSJzg2JU

In 1994 Joe Biden, then the junior U.S. senator from Delaware, opined that “if Haiti just quietly sunk into the Caribbean or rose up 300 feet, it wouldn’t matter a whole lot to our interests.” President Bill Clinton did not agree, and that year his administration secured United Nations Security Council authorization to stage a U.S.-led nvasion to “restore democracy” to Haiti. Clinton sent 25,000 troops on a “nation-building” mission, and Aristide was returned to the presidency.

However, a decade later the George W. Bush administration actively worked to topple Aristide’s government in events culminating in a 2004 coup, in which the same CIA-trained forces that previously ousted the president again played a key role.

“The nation-building exercises that the United States and its international partners have embarked upon in Haiti and around the world have done little to create functioning states, instead creating a system where questionable actors with little national support—like Mr. Moïse—are propped up, the easiest way to achieve short-term stability,” writes the Times‘ Abi-Habib.

Daniel Larison, contributing editor at Antiwar.com, argues on his website that “the U.S. needs to break the habit of assuming that political instability somewhere requires military intervention, whether by the U.S. or others.”

"The U.S. needs to break the habit of assuming that political instability somewhere requires military intervention, whether by the U.S. or others." https://t.co/ANtWXSMULX

Writer Joseph Sturgeon III adds that “Haiti has been struggling against imperialism from the West since the very day she established her sovereignty. It is time that Haiti establish her own destiny, free from intervention from the United States, from France, from Britain, or any colonial power. She did not carry out a revolution to be under Western control. She carried out her revolution to be free.”