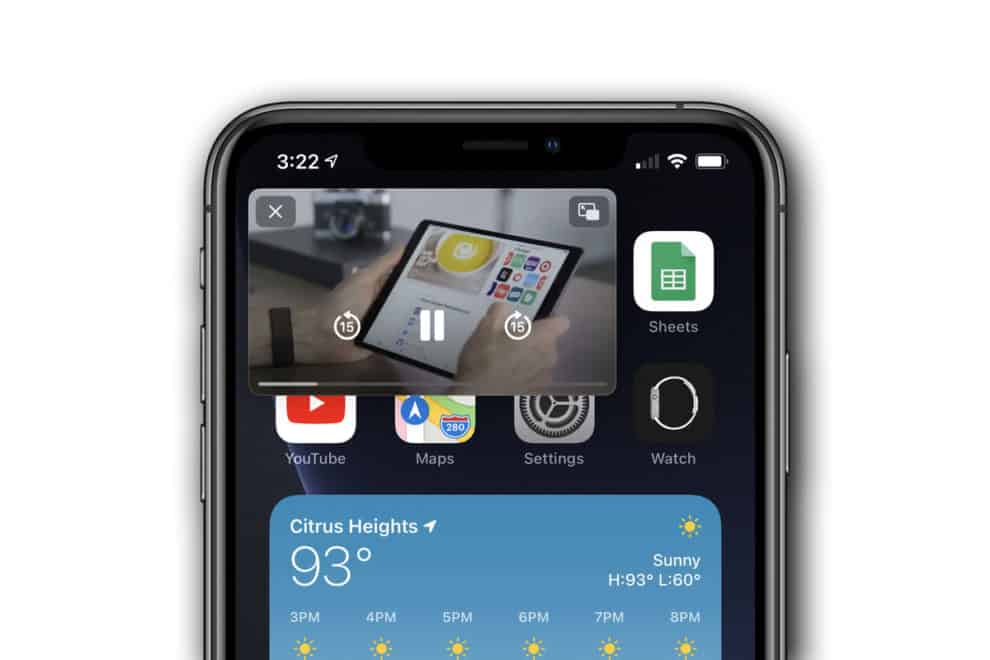 Apple’s iOS 14 is finally here and it comes with a lot of improvements and features. Some of them include back tap feature, add to App Library, Privacy Indicator, Picture in Picture mode, and banner notifications. Speaking of the new picture in picture feature, it enables users to watch a video in a small window while working on other things on the iPhone. For PIP to work, developers have to provide support for it. For now, the new feature is yet to be supported by the YouTube app. According to speculations, it’s unlikely that the app will ever support the new iOS 14 feature. That’s because it hasn’t even supported PIP on the iPad, which has had the feature for a long while now. However, there’s a workaround, which will now enable you to enjoy YouTube videos in Picture in Picture mode via Safari of your iOS 14 installed iPhone.

In case you’d like to know about the workaround regarding how you can enable iOS 14 picture in picture mode for YouTube videos, scroll down for more information.

This isn’t the first time Apple is introducing the picture in picture feature for its users. In the past, the Cupertino-based company was able to introduce it on its iPadOS devices. Even with that, it’s still unfortunate that the feature is yet to get support from the YouTube app. Because of this, many people are now suggesting that the app may not also support the PIP feature on iOS 14 devices. However, it seems there’s a workaround that’ll enable iPhone users, who have already installed iOS 14, to utilize Picture in Picture mode on YouTube.

When iOS 14 was still in its beta stages, users were able to watch videos on YouTube via their devices’ Safari browser. Then, all a user needed to do to enjoy the feature was to tap on the Picture in Picture icon. However, since the release of the stable version of the operating system a couple of days ago, the feature has been restricted to YouTube Premium users.

Well, there’s a new workaround that can enable you to access the Picture in Picture feature on your iOS 14 installed iPhone, via Safari on YouTube. With that, you won’t have to be a premium subscriber on the video streaming platform to start using the PIP option.

If you’re ready for the workaround, here are a few straightforward steps for you to follow below:

That’s it! You’ve now successfully enabled iOS 14 Picture in Picture mode on YouTube. Furthermore, you’ll be able to exit the PIP mode with the following steps. First, tap on the video to bring out the controls. Next, tap on the icon, which you’ll see in the upper right corner of the window. Alternatively, you can also tap on the “X” option to exit the video if you’re through with it.