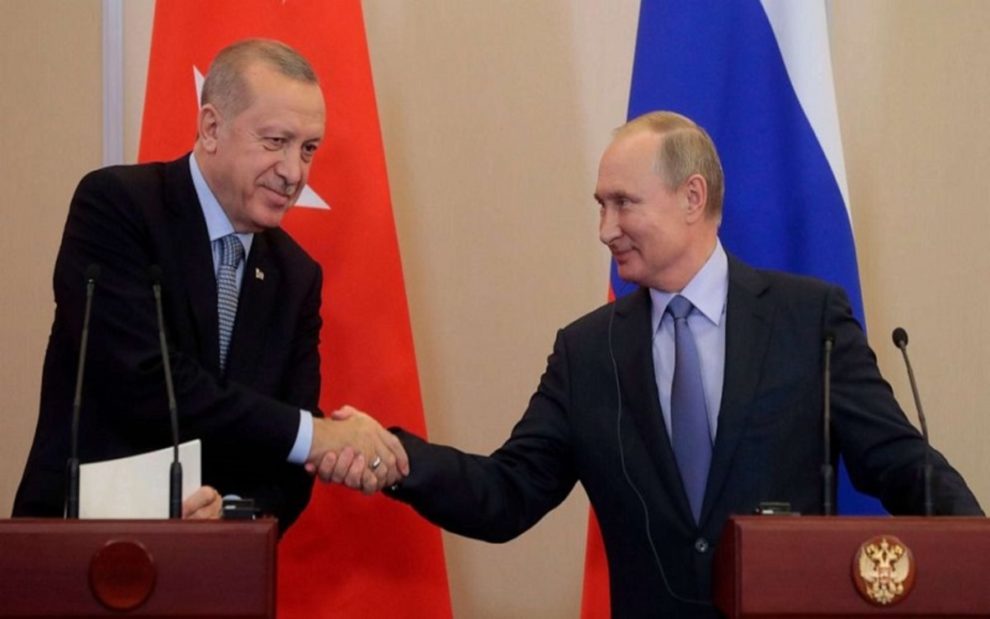 In the event that Biden’s “projected” presidency become a reality, Russia and Turkey would stand to lose the most during America’s new era of engagement with the world due to the former Vice President’s intense dislike of the Eurasian Great Power and the regional consequences that his possible return to the Iranian nuclear deal could have for Ankara’s grand strategy.

Multilateralism Doesn’t Mean That Everyone Wins

Analysts are scrambling to predict what American foreign policy might look like under a possible Biden presidency in the event that his “projected” (but crucially, not yet legally certified) victory becomes a reality. It’s already known that he intends to return to the Obama-era strategy of multilateral engagement and will probably appoint many officials from that former administration or at the very least those who’ve been tremendously influenced by them. There’s also little doubt that the US’ de-facto military alliance with India will remain intact considering the bipartisan consensus regarding its grannd strategic importance. Nevertheless, although it’s still a bit early to make any confident predictions, it can be argued that Russia and Turkey will probably stand to lose the most from a Biden presidency for reasons that will now be explained.

Regarding the Eurasian Great Power, it has legitimate concerns about the political Russophobia of former Obama-era officials. The (soon-to-be-former?) opposition spent the past four years concocting one of the craziest conspiracy theories in modern history by imagining that Trump was secretly an agent — or at the very least, an asset — of none other than President Putin himself. These dangerous allegations have since been officially debunked, but their destructive impact on bilateral relations will persist for the indefinite future. The anti-Russian members of the US’ permanent military, intelligence, and diplomatic bureaucracies (“deep state”) which literally conspired with their Democrat and Mainstream Media proxies to delegitimize and subsequently subvert Trump’s presidency have no interest in a rapprochement with Russia.

To the contrary, they’ve signaled every interest in clinching a “New Detente” with China instead through a series of pragmatic compromises on a slew of issues such as trade, military, and technological ones for instance. This isn’t just for pragmatic reasons, but clever geostrategic ones related to freeing up the US’ full potential to more assertively “contain” Russia for the ideological reasons that drive Obama-era officials and those influenced by them. Should this scenario come to pass, then Russia would come under unprecedented pressure along its western flank, building upon the military advances along its borders that were overseen by Trump but aggressively solidifying and possibly even expanding them. Being in the midst of a systemic economic transition away from its disproportionate budgetary dependence on resource revenue, Russia is presently real vulnerable.

The next year or two is therefore the best possible time for the US to put maximum pressure upon it for the purpose of compelling it to agree to a lopsided “New Detente” which could foreseeably result in a so-called “new normal” of relations between the West and Russia. The intent, however, is to subjugate Russia to America’s military will, which is understandably more difficult to pull off than the political Russophobes might imagine considering Moscow’s recent advances in hypersonic missile technology which restored the nuclear balance between the former superpowers. Still, all that Russia has done was buy itself some more time while it sought to domestically restructure all aspects of its society while the US was distracted with “containing” China under Trump, but now the pendulum might swing back against Russia with a vengeance under Biden.

On the topic of Turkey, it’s also expected that this country will stand to lose from a possible Biden presidency. The US’ strategy of assembling a regional anti-Turkish “containment” coalition between itself, Armenia, Cyprus, Egypt, France, the GCC, Greece, “Israel”, and even Syria to an extent will likely remain in place, as will its use of more subversive measures such as economic warfare and even coup plotting in order to “finish the job” that Obama failed to do during the summer 2016 coup attempt against President Erdogan. Just as importantly, however, are the regional consequences that the US’ possible return to the Iranian nuclear deal could have for Ankara’s grand strategy since they could result in it and Tehran drifting apart after their recent rapprochement.

About that, these neighboring Islamic civilizations are presently enjoying some of their best-ever relations after the failed summer 2016 coup attempt saw Iran become the first country to publicly support Turkey’s legitimate government against the plotters. This wasn’t only for pragmatic reasons regarding the rule of law and international norms, but also ideological ones as well since Turkish society has been gradually Islamifying under President Erdogan’s rule in ways which align with Iran’s ideal vision for the region’s societies. Trump’s “maximum pressure” campaign on Iran saw the Islamic Republic move much closer to Turkey for the purpose of much-needed sanctions relief, which in turn resulted in them agreeing on Azerbaijan and Libya despite Iran’s Syrian ally having a different position towards those two conflicts to the surprise of the Alt-Media Community.

As Iran began to rely more on Turkey, so too did Turkey began to rely on Iran, thus establishing a relationship of mutual strategic interdependence. Where Iran sees Turkey as a pressure valve from sanctions, Turkey regards Iran as an indispensably influential regional partner which helps hold back the emerging US-led anti-Turkish “containment” coalition. Nevertheless, if a breakthrough is reached on the US returning to the Iranian nuclear deal, then there’s a credible chance that their mutual strategic interdependence might eventually weaken and the two countries could gradually “decouple” with time. That would place Turkey in a very disadvantageous regional position, but one which could interestingly improve its already solid relations with Russia so long as both have the political will to do so.

Could The Russian-Turkish Strategic Partnership Transform Into An Unofficial Alliance?

The analysis has thus far argued that Russia and Turkey will lose the most from a Biden presidency, but the proverbial silver lining is that they’d have more of a reason than ever to strengthen their cooperation with one another in response. In fact, should similar pressure be placed upon them in a semi-coordinated manner, they might naturally move a lot closer together. Issues of occasional discord such as differences of vision over certain conflicts might remain, but they wouldn’t be insurmountable and in fact might be more easily resolved in the event that they enter into a stronger relationship of mutual strategic interdependence which might even eventually become an unofficial alliance. The exact contours of such a scenario are difficult to forecast at this point, but the possibility itself shouldn’t be discounted for the earlier mentioned reasons.

While many across the world are celebrating what they’ve been (mis?)led to believe is Trump’s impending ouster from the White House, it’s all but certain that Russia and Turkey are fretting over what might come next if Biden is able to execute on his regional vision of repairing relations with China, doubling down on the US’ anti-Russian and -Turkish pressure campaigns, and returning to the Iranian nuclear deal. Taken together, these variables could prove extremely troublesome for their grand strategies, but might also present an opportunity for these two Great Powers to work more closely together in the future. Having said all of that, nothing’s set in stone of course and a Biden presidency might end up surprising a lot of observers just like the Trump one did in some respects, but it’ll still likely be difficult for either Russia or Turkey to secure their interests during this time.