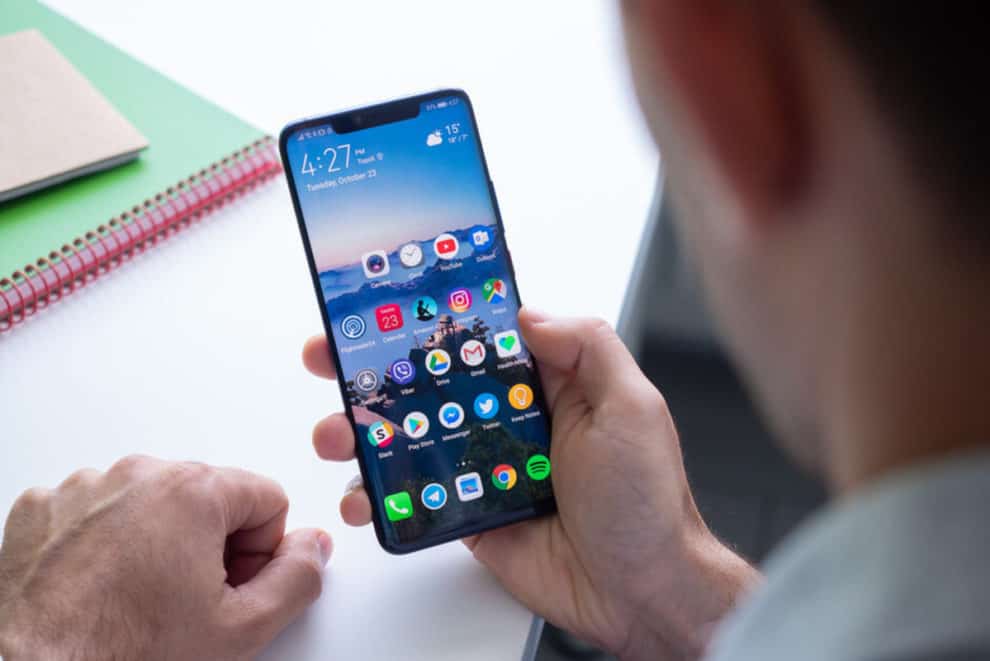 On August 9, 2019, Huawei was able to officially unveil its operating system, called HarmonyOS. The move to develop the new OS came as a result of Donald Trump’s order, banning American companies from working with the Chinese smartphone company. With the ban, Huawei smartphones no longer have access to Google Play Services, which most smartphone users rely heavily on for applications. That said, Huawei developed the HarmonyOS primarily for IoT devices. Since the ban is still very much in place, the company has also decided to develop and release the operating system for a wide range of smartphone devices. Currently, we’ve heard a few speculations regarding the release date of the first Huawei HarmonyOS smartphones.

In case you’re wondering what the release date of the first Huawei HarmonyOS smartphones will be, here’s what we know below.

According to a notable industry analyst Ma Jihua, Huawei will likely unveil a version of the operating system, HarmonyOS 2.0 by the end of the year. However, we expect the company to unveil it at the Huawei Developer Conference, slated to hold on September 11. As for the new OS, preliminary data reveals that it’ll be able to support a wide variety of devices. These include smartwatches, PCs, and tablets. Apart from that, the analyst was also able to speak about the release date of the first Huawei HarmonyOS smartphone, while discussing with the Global Times. According to him, the company will likely release the phone by the end of the year.

Huawei’s License Deal With The US Has Now Expired

A few days ago, Huawei’s general license deal with the US expired. As for the license, it permitted some American companies to provide Huawei with parts. Also, it allowed Google to provide Huawei’s devices with Android updates and security patches. Since it’s now expired, it means that upcoming devices won’t be able to receive any further updates.

Here’s what analyst Ma said regarding the operating system and updates:

“Huawei has been developing its own version of an operating system (EMUI) based on the Android system. That’s been since the launch of Mate 20, with its basic structures evolving to be different from those of Google. As the system isn’t dependent on Android, it is not a big deal whether Huawei devices receive updates or not.

“Huawei is fully prepared in terms of operating system technology. The potential applications of HarmonyOS in the Internet of Things are massive. The only issue is how to cultivate an ecosystem in a quick manner.”

Following the expiration of the general license deal, a concerned Huawei Nova 5T user took to Twitter to ask about the fate of receiving future updates and using the Google services. Fortunately, Huawei Mobile was able to attend to the question. Here’s what the response looks like below:

“Hi there, thank you for your message. There is no impact on existing devices. We will continue to share security and software updates to our devices, as we always have.” 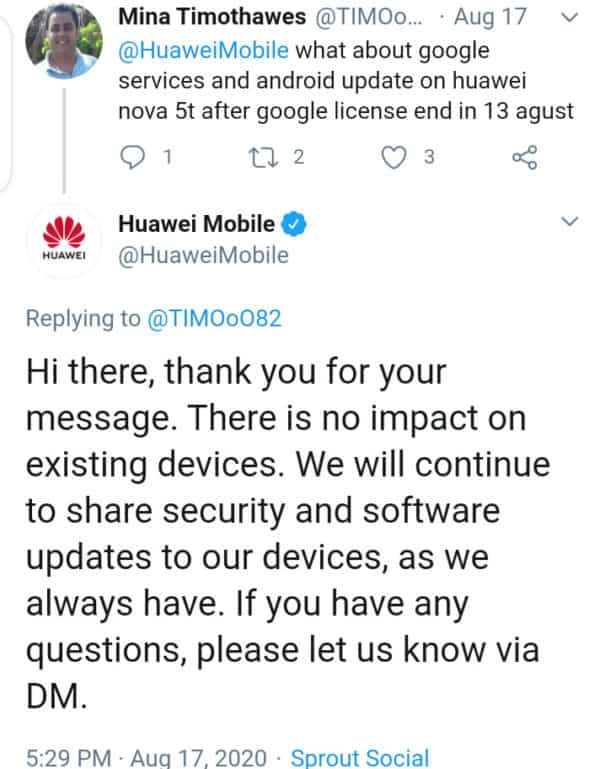