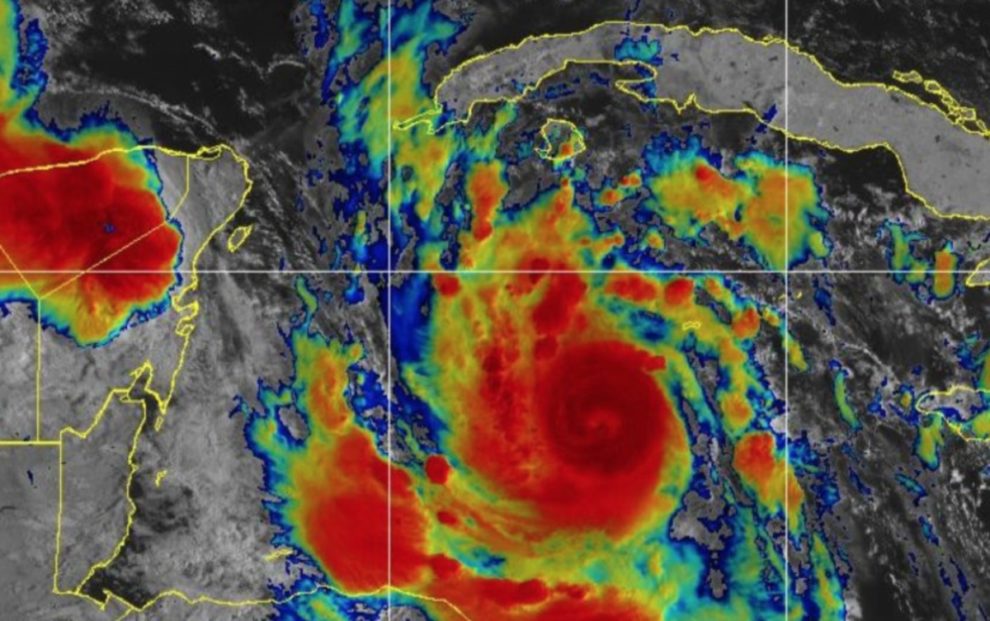 Weather reports pouring in from Mexico’s Cancun city indicate that the Hurricane Delta may acquire the strength of a category 5 hurricane.

The hurricane officially still retains the status of a category 4 hurricane but reports suggest that it may strengthen into a category 5 sooner than expected.

There is a chance Delta may spend some time at Category 5 strength,” AccuWeather’s top hurricane expert Dan Kottlowski said.

The National Hurricane Center announced at 2 pm that Hurricane Delta remains a Category 4 storm.  Hurricane Delta has attained the maximum wind speed at 140 mph, it is the strongest storm ever experienced in the region. It has been named after a letter in the Greek alphabet. On Tuesday morning, hurricane Delta gained momentum and intensified much quicker than expected. It turned into a 140 mph tropical storm from a 40 mph wind in the span of just three hours.

Looks like @splillo is correct – Delta is the fastest storm to intensity from a tropical depression to category 4 hurricane in modern Atlantic records. The previous record was Keith 2000 (42 hours).

Hurricane Delta transitioned into a massive category 4 storm in the Northwest Caribbean somewhere around Tuesday morning. It is expected to strike the shores of coastal Louisiana and breaking into a dangerous combination of raging winds and flooding rains. The hurricane is expected to stay in Louisiana between Friday and Sunday. Before that, the Cancun city in Mexico will have to endure the hurricane’s wrath.

Delta is expected to hit Cancun and the Yucatán Peninsula by Wednesday morning if it continues at its current intensity. In case the winds get stronger, the hurricane is expected to strike Cancun earlier than expected. From Cancun, the hurricane could reorganize and enter the second time in this season as a full-blown Category 4 hurricane.  The winds are expected to lose momentum sometime before hitting Louisiana, which has been hit hard by several storms this season.

Mexico’s Cancun to be hit next

The National Hurricane Center is urging the people located on the northern Gulf Coast from Louisiana to the Florida Panhandle to practice extreme caution as this hurricane passes.  It is expected that landfall will occur along the coast of central or eastern Louisiana. However, shifts in the momentum and track of the hurricane are possible. Any such change will directly affect the intensity of its impact.

New Orleans, which has endured several storms already this year is also gearing up for the possibility of being hit by Delta.  The intensity with which New Orleans will be hit depends on Delta’s exact track. The worst-case scenario involves the storm raging a landfall towards the west. he National Weather Service office operating in the area stated that if the current forecast holds or shifts west a little then “Delta will bring significant impacts to the local area in the form of damaging winds, potentially life-threatening coastal flooding from storm surge, and possible heavy rain/flash flooding.”
People from Cancun, Mexico are cautioned to prepare for Delta since they are the next in the list of those who will fall prey to this raging hurricane.