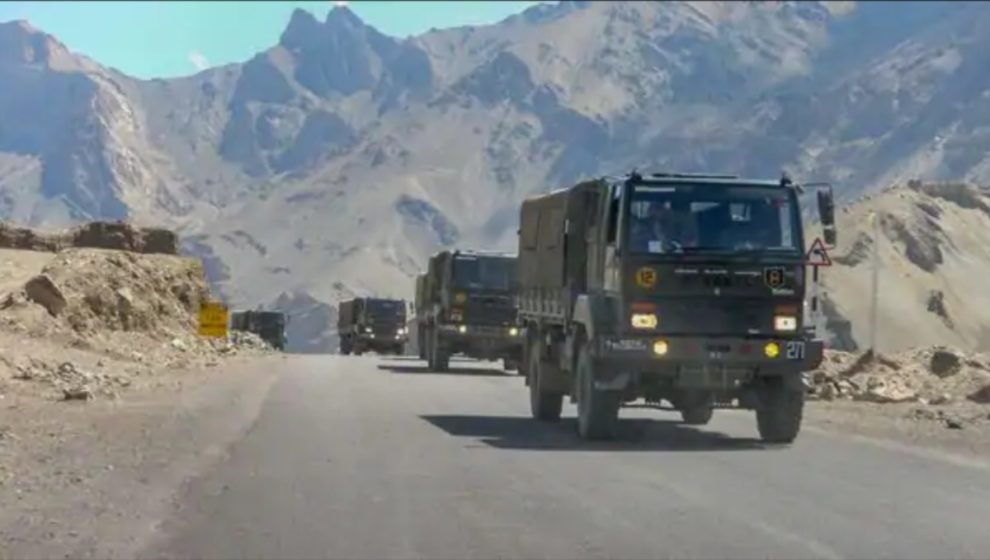 China’s military announced that front line troops of India and China had begun the disengagement from a key hotspot Pangong Tso (lake), where both sides have been locked in a stand-off for months.

India is not denying the reports from the Chinese defense ministry. Raksha Mantri Shri Rajnath Singh will make a statement in Rajya Sabha tomorrow regarding ‘Present Situation in Eastern Ladakh’.

Pangong Lake, located between Indian-controlled Ladakh and Chinese-controlled Aksai Chin, is one of the most disputed areas along the Line of Actual Control (LAC) between the two countries.

People’s Liberation Army (PLA) Senior Colonel Wu Qian, the spokesman for the Ministry of Defence, said in a statement in Beijing: “The Chinese and Indian front line troops at the southern and northern banks of the Pangong Tso Lake start synchronized and organized disengagement from February 10. This move is in accordance with the consensus reached by both sides at the 9th round of China-India Corps Commander Level Meeting.”

During the ninth round of talks held on January 24, both sides discussed a broad disengagement plan that had worked out but held up over certain issues. The talks happened after a long delay with the previous round held on November 6 last.

The aim of the Corps Commander talks has been on the north and south banks of Pangong lake, which suffered tensions with warning shots fired on its south last year, the first firing incidents along the border since 1975.

“As per the plan, China will move back to Finger 8 and Indian troops will pull back to the Dhan Singh Thapa post between Finger 2 and 3. No patrolling will take place by both sides till Finger 4. This will be done in a phased manner,” sources said. Removal of tanks and weapons is also on the agenda. India also asserted that China should withdraw troops from several friction points, including Depsang plains, heights around Gogra, and other locations that have not allowed tensions to ease.

The stand-off started in May and peaked in the Galwan Valley about 130km north of the lake in June with combat that resulted in the death of 20 Indian soldiers and Chinese casualties. The withdrawal occurred after Joe Biden made his first phone call as US president to Indian Prime Minister Narendra Modi on Tuesday.