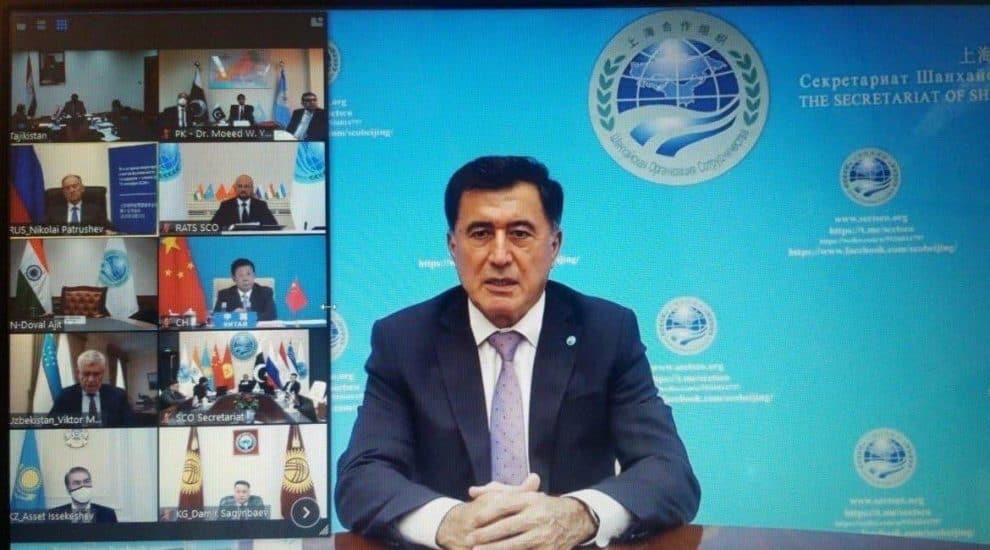 Increasing hostility and enmity between India and other states continues to become more crystalline each day. A meeting of National Security Advisers (NSAs) of the Shanghai Cooperation Organization (SCO) was held where India objected to Pakistan’s new map. The Shanghai Cooperation Organization (SCO) held its online meeting of National Security Advisors (NSAs) where India’s spurious claims were rejected. India faced defeat after its formal objection to Pakistan’s new political map as background display of Special Assistant to the Prime Minister (SAPM) on National Security was rejected.

Moeed Yusuf, the special assistant on National Security was responsible for representing Pakistan in the virtual meeting. India’s representative, Ajit Doval raised an objection regarding Pakistan’s display of the political map. The objection stemmed from anger at the fact that Pakistan was using the new political map as the backdrop in political press conferences that were being aired internationally.

Pakistan responded to the objection by emphasizing the fact that India has no legal rights to claim internationally recognized disputed territory of Jammu and Kashmir. International law does not grant India the right to claim the territory in question. Moreover, Pakistan also responded by categorically rejecting insertions imposed by India regarding the newly released political map. Pakistan’s representative reiterated the fact that Pakistan’s new map does not include any part of the Indian territory.

The meeting was further used by Pakistan to emphasize upon the new political map issued by Pakistan, the new map highlights the rights and aspirations of Kashmiri people. It emphasized that Pakistan retains an abiding commitment to seeking a resolution of Jammu and Kashmir dispute through a free and impartial plebiscite in accordance with the UN Charter and the UNSC Resolutions. The Shanghai Cooperation Organization affirmed Pakistan’s stance regarding the matter.

According to reports, India’s NSA Ajit Doval walked out of the meeting when Shanghai Cooperation Organization sided with Pakistan. Once again, India’s attempts to make a significant multilateral forum subject to petty bilateral debate failed and Pakistan’s new political map and the aspirations of the Kashmiri people were highlighted during the meeting of National Security Advisors of SCO member states.

Pakistan has stated that it will continue using the new political map of Pakistan on national and international platforms. Pakistan’s stance was also appraised by Russia. This is a great step for Pakistan in terms of upholding its disapproval of India’s actions in the illegally occupied Kashmir territory.