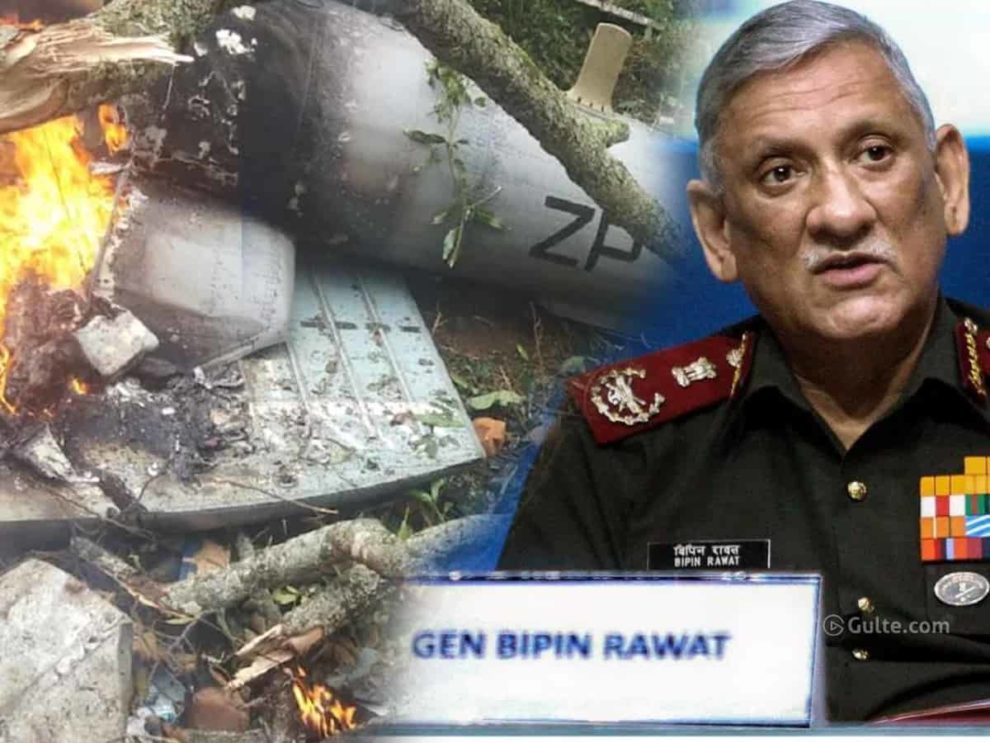 UPDATE: The Indian Airforce has confirmed the news that Chief of Defense Staff General Bipin Rawat has died in the helicopter crash. “With deep regret, it has now been ascertained that Gen Bipin Rawat, Mrs Madhulika Rawat and 11 other persons on board have died in the unfortunate accident,” Indian Air Force said in a tweet.

The three people who were rescued suffered serious injuries and were taken to the Wellington cantonment hospital in the Nilgiris district.

According to ANI news agency, “Chief of Defence Staff (CDS) Bipin Rawat’s staff and family members were on board the Mi-series chopper with him when it crashed between Coimbatore and Sulur in Tamil Nadu.”

The top Indian military official was on his way from the Indian Air Force base in Sulur, near Coimbatore, to the Defence Staff College in Wellington.

Rawat is India’s first CDS, a position established by the Indian government in 2019, and is regarded as close to Prime Minister Narendra Modi.

Reaction on Twitter over the death of Indian General Bipin Rawat:

“We extend our deepest condolences to the people of India following today’s tragic helicopter crash, which resulted in the death of the Chief of Defence Staff of the Indian Armed Forces, General Bipin Rawat,” Israel’s Defense Forces wrote.

“Grieved to know about the untimely demise of Gen. Bipin Rawat, his wife Madhulika Rawat, and his troops of the Indian Armed Forces. My deepest condolences to all their families,” Bollywood star Ajay Devgan said in a tweet.

Bollywood star Salman Khan wrote, “Very sad to hear of the tragic crash in which we have lost Gen Bipin Rawat his wife and other personnel from the Armed forces. My thoughts my prayers and condolences are with the bereaved families …”

“Deeply saddened by the untimely demise of CDS Bipin Rawat ji and other officials in a tragic helicopter crash. My deepest condolences to the friends & family members,” Indian cricket celebrity Virat Kohli wrote on Twitter.