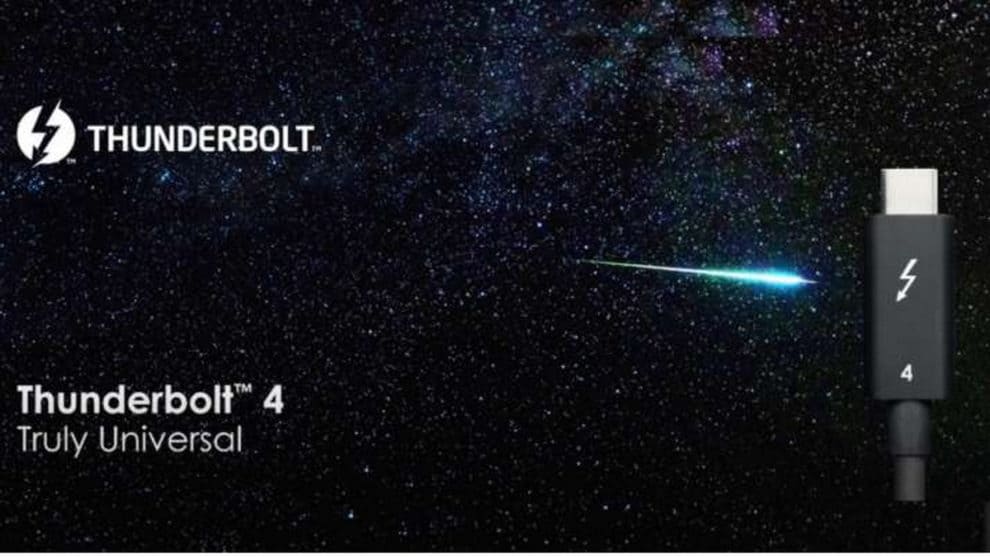 Chipmaker Intel has officially announced the next-gen Thunderbolt 4 interface. It combines both video and data on a single cable. It is set to be available on PCs by the end of this year with the upcoming 11th Gen Tiger Lake processors. For the uninitiated, Thunderbolt is Intel’s port introduced in 2009 to create a proprietary video and data transfer protocol. In this Intel Thunderbolt 4 vs Thunderbolt 3 comparison, let’s check out how the new interface differs from its predecessor. But first, let’s get to know the Thunderbolt 4.

Apple was the first company to use the Thunderbolt port in MacBook Pro in 2011. Though it is switching from Intel to ARM-based in-house chips now, the Cupertino company has said it will continue to use the new Thunderbolt 4 in the future Macs.

What is the Thunderbolt 4?

Intel announced that the Thunderbolt 4 will be built on the upcoming USB4 certification. The company has also set stricter requirements for hardware. Companies making ‘thin and light’ laptops that require under 100W of power will have to offer Thunderbolt 4-based USB-C charging on at least one port. The upcoming USB4 specification will bring several benefits to Intel’s older Thunderbolt 3 standard.

Due to Intel’s higher hardware requirements, the Thunderbolt standard hasn’t gained a lot of traction. The high cost of Thunderbolt has discouraged PC makers from adding it to their devices. Even the Thunderbolt cables and accessories are more expensive than the regular USB-C accessories.

If you look at the maximum speed, the new Thunderbolt 4 connection isn’t much different from Thunderbolt 3. They both have the same maximum speeds of up to 40 GB/s. But the new version has a bunch of other things to offer that set it apart. Here they are:

Now that Intel has set higher hardware requirements for Thunderbolt 4, computers with the new connection will support either two 4K displays or one 8K display. They will also support a blazing fast 32 GB/s PCIe data transfer speed. That’s twice the minimum requirement for the existing Thunderbolt 3 standard. You can now expect super faster external drives.

Up to four ports

Thunderbolt 4 docks and monitors will give users up to four ports compared to the maximum of two ports supported by Thunderbolt 3. Intel noted that the new Thunderbolt 4 cables and computers will be compatible with the older Thunderbolt 3 accessories. What’s more, the new standard will support the universal 40 GB/s cables up to two meters in length.

The direct memory attacks (DMA) allow hackers to steal data from your computer even if it’s encrypted and locked. The Thunderbolt 4 will require protection against DMA. The protective measures will rely on Intel’s Virtualization Technology for Directed I/O (VT-d). The Thunderbolt 3 supported this technology, but it wasn’t mandatory. With the new Thunderbolt 4, it will be an essential feature. 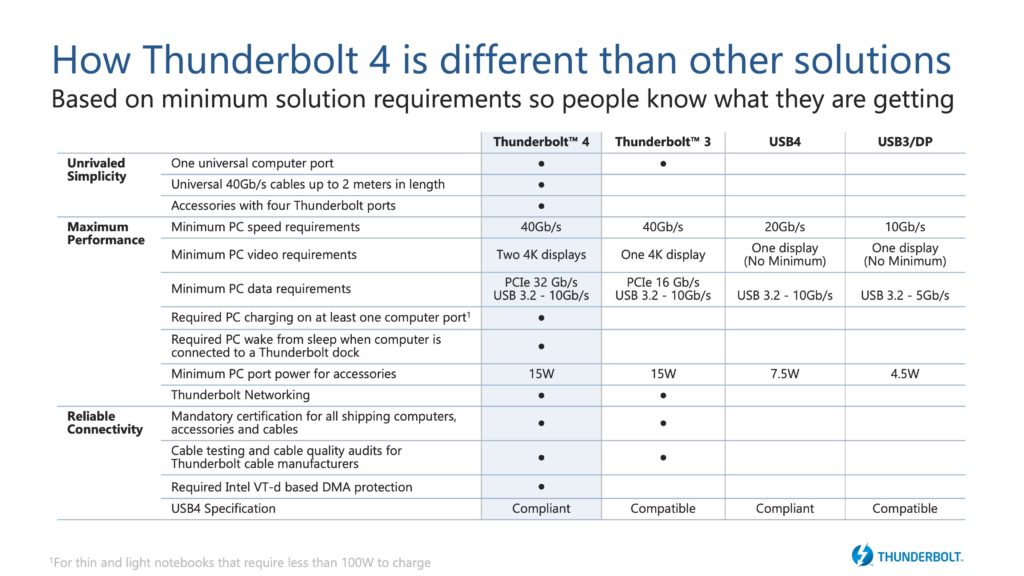