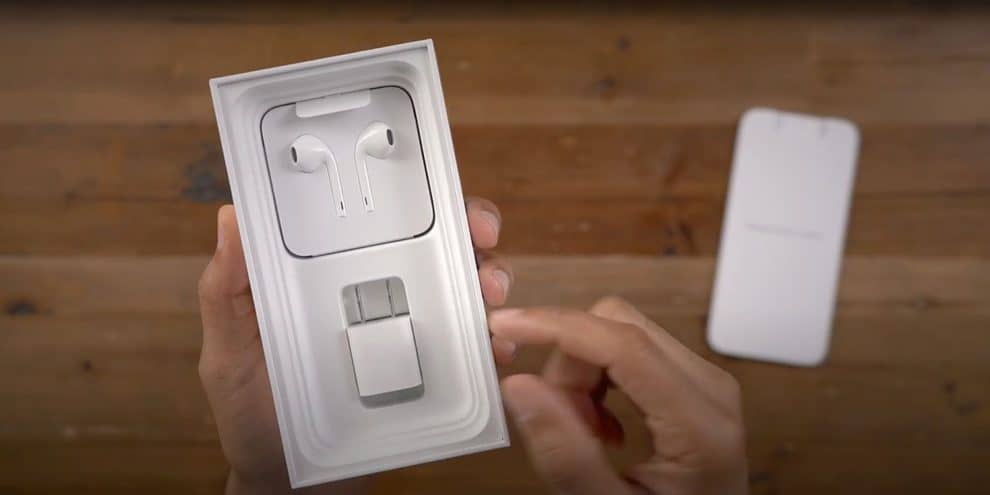 Apple’s iPhone 12 is yet to be released, but there are already a lot of rumors spreading about the flagship device. According to the latest rumor, a popular leaker & influencer has taken to Twitter to reveal that Apple has plans to reduce its packaging for the upcoming smartphone. The leaker said the upcoming iPhone 12 box contents will no longer include a couple of accessories like the wired earbuds and the power adapter.

In this article, we’ll be looking at the latest rumor, and telling you about all the accessories that might be missing out from the iPhone 12 box contents.

What will Apple include in iPhone 12 Box?

According to the latest report, a Twitter user @L0vetodream has predicted that the upcoming iPhone 12 box contents will no longer include accessories like chargers and earphones.

The leaker further mentioned that apart from iPhone 12, iPhone SE 2 box contents will also not include the above accessories.

“In my dream, the new iPhone will not come with the charger and earphone. This’ll even apply to SE2. The new packaging box becomes thinner and exquisite.”

Some days ago, the popular analyst Ming-Chi Kuo made similar claims, saying that the upcoming iPhone 12 box contents will come excluding both charger and earphone accessories. However, the analyst hedged, by emphasizing on ‘may not’ be included.

According to Dan Ives, a Wedbush analyst, he also predicted a similar outcome a couple of weeks back, based on supply-chain reports. Here’s what the analyst said about the contents inside the upcoming iPhone 12 box.

“Our checks that likely no wired EarPods will come in the iPhone 12 box/packaging.”

It’s still unclear while Apple will decide to exclude the accessories from the upcoming iPhone 12 box content. However, according to claims, some people suggested that the plan by the Cupertino company is intended to help boost sales of AirPods and reduce freight costs.

Let’s have a look at what some people think about the latest development below:

Experts on exclusion of accessories from iPhone 12

According to some tech bloggers, the decision to exclude the accessories from future phones, including iPhone 12 and SE is a bad thing to do. However, that didn’t stop them from raising their suggestions about the new development.

According to M.G. Siegler, the decision to exclude wired headphones from iPhone 12 box content makes sense. However, he added that what doesn’t seem right is when the company removes the power adapter as well.

“But the latest rumor, that Apple is likely also not including a power adapter with the forthcoming iPhone, seems a bridge too far, for even me.”

While suggesting what might have caused the sudden development, Siegler gave four different reasons. According to the order of importance for Apple, Siegler says they are; increased margins, shipping costs, the transition to a future no-port iPhone, and the environment.

According to Steven Yang, the CEO of Anker, a company well-regarded external batteries and chargers, he said:

The statement came from Yang, as a response to an interview question by Nilay Patel of TheVerge. Considering the new development, companies like Anker and others will benefit from it.

According to reports, the upcoming iPhone 12 flagship will come in four different models. They include; a 5.4-inch screen, two 6.1-inch models, and a new 6.7-inch ‘Max’ size, with all of them coming with OLED displays. We’ll have to wait for Apple to launch the device later in the coming months, to see whether or not the rumor of the box contents is true.