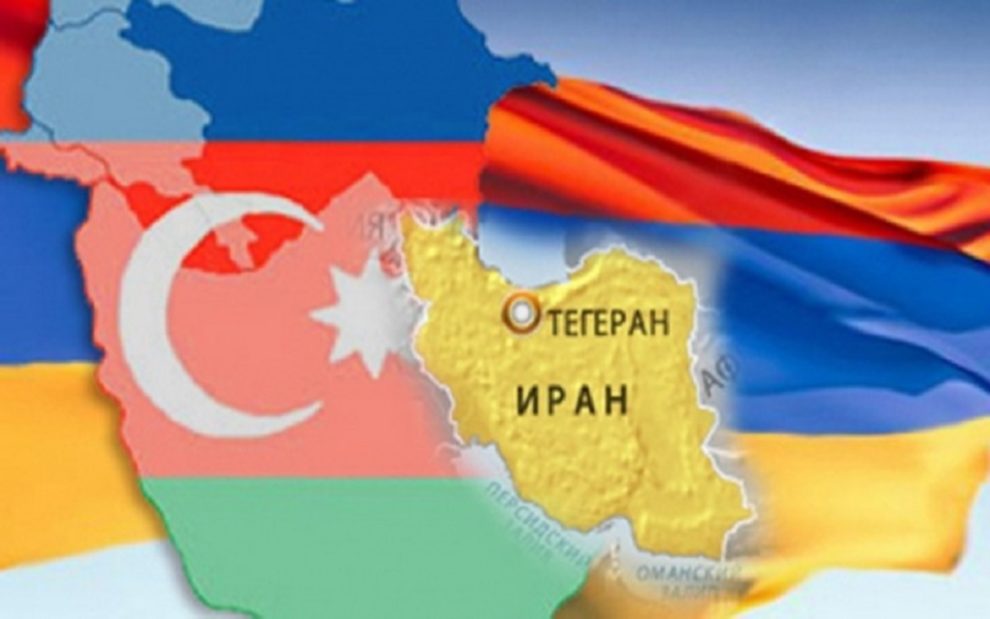 Iran has an extremely rare opportunity to greatly improve its regional reputation by offering to host peace talks between Armenia and Azerbaijan to replace the failed OSCE Minsk Process, though it might experience intense Russian resistance if it opts for this course of action unless Tehran can convince Moscow that its proposal stands the credible chance of being just as successful as the Astana peace process in Syria which those two and Turkey are closely cooperating on and won’t reduce the Eurasian Great Power’s influence.

The intense fighting between Armenia and Azerbaijan over the universally recognized Azerbaijani territory of Nagorno-Karabakh and its surrounding environs that have been occupied by the Armenian Army for nearly three decades shows no sign of slowing down, with the conflict threatening to dangerously spill over into Iranian territory if it isn’t resolved soon enough. The Islamic Republic earlier confirmed that its air defense forces shot down a foreign drone that crossed its border while reports emerged on Thursday that an Azerbaijani helicopter crashed in the country after being shot down by Armenian separatist forces, though Baku denied that anything of the sort happened. In any case, Iran has very clear interests in this worsening conflict considering its closeness with the two warring nations, both on the state-to-state and people-to-people levels, which is why it’s worthwhile examining what its geostrategic calculations are in the current crisis.

Simply put, Iran’s primary interest is to see peace prevail as soon as possible for the earlier mentioned reasons, and it could actually play a direct role in bringing that about so long as there’s the political will on all sides. In fact, Iran has an extremely rare opportunity to greatly improve its regional reputation by offering to host peace talks between Armenia and Azerbaijan to replace the failed OSCE Minsk Process, though it might experience intense Russian resistance if it opts for this course of action unless Tehran convinces Moscow that this is basically a South Caucasus remix of the Astana peace process which those two and Turkey are already closely cooperating on. Still, Moscow is concerned that it’s losing control of the crisis despite having a military base in Armenia and being its CSTO mutual defense partner (though remaining impressively neutral as of now). It might therefore feel that agreeing to Iran’s possible proposal would only accelerate the loss of its influence.

As the author wrote about in his earlier piece concerning “Russian Geostrategic Calculations In The Nagorno-Karabakh Crisis”, the Eurasian Great Power has every reason to cooperate as closely as possible with Azerbaijan’s Turkish ally in order to encourage a new ceasefire and the resumption of peace talks as soon as possible. Nevertheless, despite several interactions between their Foreign Ministers, no progress has been made thus far. In fact, it can even be said that Russia and Turkey are drifting further apart by the day since Moscow issued a joint statement together with the OSCE Minsk Group’s French and American co-chairs on Thursday demanding an immediate cessation of violence, which President Erdogan described as unacceptable. Azerbaijani President Aliyev said the day before that his country’s counteroffensive won’t stop until Armenia withdraws its military forces from Nagorno-Karabakh and the surrounding regions under its occupation.

France Disqualified Itself From A Seat At The Peace Table

France, for its part, has taken an extremely partisan position on the conflict by totally supporting Armenia, which is likely due to the combination of Paris’ geopolitical rivalry with Ankara across the Levant, Eastern Mediterranean, and North Africa (Lebanon, Cyprus, Greece, and Libya) as well as the influence of the country’s powerful Armenian lobby. This stance should in and of itself disqualify France from participating in any potential resumption of the OSCE Minsk Process, which would in turn neutralize that format. Since Turkey is much more of an active player in events considering its total support for Azerbaijan (which could possibly have significant consequences on the ground if Baku requests Ankara’s military assistance like it has the legal right to do), it naturally follows that it — not France — deserves a role in any speculative peace process that might replace the failed OSCE Minsk one.

Still, as was noted earlier, Russia and Turkey are drifting further apart by the day. Their growing dispute over the reported presence of foreign mercenaries in the conflict, be they Islamists from Syria and Libya allied with Ankara (and thus by extension Baku) or members of the ethnic Armenian diaspora allied with Nagorno-Karabakh’s separatist forces, threatens to drive another wedge between Moscow and Ankara even though both Baku and Yerevan deny the relevant reports accusing them of relying on such fighters. To sum up their differences thus far, Russia joined its OSCE Minsk Group co-chairs in calling for an immediate halt to the violence and fears that Turkey recruited Islamist mercenaries on Azerbaijani’s behalf while Ankara is against the OSCE’s peace calls, fully backs the continuation of Baku’s counteroffensive, and accuses Yerevan of recruiting Armenian mercenaries from the Middle East.

The American role is less clear though the author speculated that it might have encouraged Armenia to provoke the latest round of hostilities in order to advance their shared goals of forcing Russia to pick a side (thus undermining its delicate “balancing” act between Yerevan and Baku) and possibly driving it and Turkey further apart. As it stands, Russia is so neutral at the moment that Armenia seems a bit aggravated by that fact despite not saying so openly though Moscow’s differences with Ankara are widening by the day as the conflict takes on a life of its own (fanned by unverified reports about mercenaries and perhaps soon other topics as well). Washington is close with both warring South Caucasus states though nowhere near on the same level as Moscow is with Yerevan or Ankara is with Baku. Though Russia might hope to revive its dreams of a “New Detente” with the US through joint peace efforts in Nagorno-Karabakh, Washington simply can’t be trusted.

Against this complex backdrop, the possibility of a replacement peace process to the failed OSCE Minsk one begins to look more attractive, though of course only in the event that Baku decides for whatever reason to halt its counteroffensive and both warring sides agree to resume peace talks. France is discredited as a hyper-partisan supporter of the Armenian cause, America can’t be trusted for obvious reasons, and Turkey threatens to become an active player in the conflict should Azerbaijan request it upon activating its legal rights as a sovereign state in line with Article 51 of the UN Charter about self-defense (which allows for collective efforts in this regard). Although Minsk could potentially host a new framework for such talks that replaces France with Turkey for pragmatic reasons, its political unrest might make that difficult. Kazakhstan’s capital of Nur-Sultan is another attractive venue given its experience in the Syrian peace process, but Iran might be the best option.

Unlike Belarus or Kazakhstan, Iran has an urgent interest in doing its utmost to ensure peace between its two neighbors with whom it’s on excellent terms. It’s doesn’t take Azerbaijan’s side like Turkey does, nor does it have any mutual defense commitment with one of the parties like Russia does with respect to Armenia. The war is already spilling over into its borders and could create an even larger crisis if it isn’t contained as soon as possible. Furthermore, Iran has an obvious interest in presenting itself as a regional peacemaker to counteract its enemies’ ridiculous claims that it’s allegedly a warmongering regional destabilizer. A diplomatic breakthrough resulting in Iran hosting a replacement to the OSCE Minsk Process (perhaps described as the Tabriz Process or Tehran Process depending on the city that it’s in) would go a long way towards showing the world that it’s actually a force for peace, even if it only suggests as much and isn’t ultimately successful with it.

Replacing The Syrian Peace Process In The South Caucasus

That said, Russia would almost surely resist Iran’s proposed peacemaking efforts, not because Moscow desires war, but because it doesn’t want to lose any more control over the process than it already has. In addition, Russia’s Great Power interests and dreams of a “New Detente” (specifically in terms of lifting the sanctions regime imposed upon it since 2014) predispose it to preferring to interact with the US and France when it comes to resolving the conflict in the South Caucasus instead of with Turkey and Iran. The argument can also be made, however, that Moscow’s experience with those two majority-Muslim countries via the Astana peace process in Syria might have generated enough goodwill between all three parties that some in the Russian capital might actually agree to this proposal so long as there’s no credible fear about the country being sidelined in this process. For this reason, Iran’s possible proposal might stand a strong chance of succeeding.

The developing dynamics of the Nagorno-Karabakh Continuation War are extremely complicated, but the main trends are that it’s intensifying by the day in parallel with Russia and Turkey drifting further apart at the same time. France discredited itself as a neutral mediator in the failed OSCE Minsk Process of which it’s one of the co-chairs and America simply can’t be trusted since its geostrategic motives are as unclear as its potential role in provoking the latest conflagration. Turkey is much more relevant to this conflict than France is, while Iran is arguably much more neutral and trusted than America, hence why the two pairs should be swapped out and a replacement to the OSCE Minsk Process be proposed by Tehran, whether hosted in the Iranian capital, the northwestern city of Tabriz near the border with both warring states, or somewhere else in the country. By moving in this direction, Iran can present itself as a force for regional peace and improve its reputation.