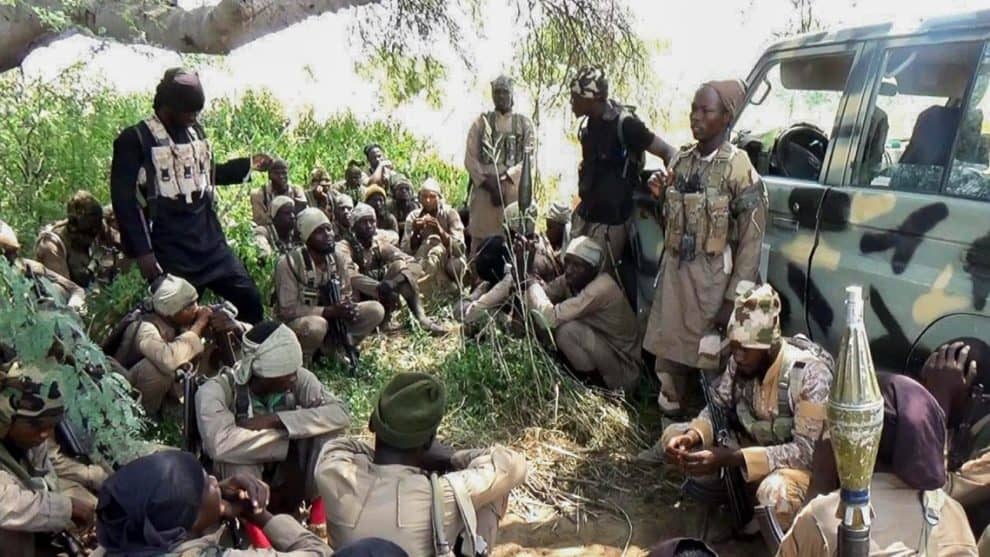 According to AFP sources on Wednesday, militant Jihadists linked to ISIS have bagged hundreds of hostages in Northeast Nigeria. This incident took place in Kukawa, located near Lake Chad, the ISIS jihadists seized hundreds of people as hostages, these people had just returned to the safety of their homes in Nigeria.

These people were languishing for approximately two years in shabby displacement camps located on the outskirts of Nigeria, these camps primarily survived on meager amounts of international aid. The locals reported that the ISIS jihadists began their attack at 4 pm. 22 big trucks were packed with ISIS Jihadists who made their way in Kukawa.

In the fight that ensued, soldiers stationed to guard the town suffered heavy losses. The victims who met the unfortunate incident returned to Kukawa, Nigeria on 2nd August upon orders authorized by the Borno State Authorities.

These people had fled their homes located in Nigeria in 2018 following a brutal attack on their town; the regional capital Maiduguri.  In the period of last two years, residents of Nigeria have returned to five major towns where they are protected by military personnel. In the towns rehabilitated by Nigerian residents strict measures such as underground trenches have been installed to protect against jihadist attacks.

According to the local chief, these people had finally returned to Kukawa with the hope of beginning a new life.  Security resources, which are kept anonymous for their safety reported that fighter jets had been deployed from Maiduguri today to handle the situation and tackle the ISIS jihadists.

This incident is extremely unfortunate keeping in mind the fact that local authorities had been encouraging the return of these people to Kukawa. This attack is a by-product of the conflict that has carried on for a decade in Nigeria. Aftermath of this conflict still continues to haunt innocent civilians. According to reports, these fights have resulted in two million people being homeless and several dying brutally at the hand of ISIS jihadists.  This conflict has particularly affected the northern regions of Borno.

On last Friday, United Nations released a report that stated approximately 10.6 million of the total 13 million people from Borno, Adamawa, and Yobe would need humanitarian assistance for survival and rehabilitation. This number has swelled up to 50 percent from the reports collected during last year. Moreover, these numbers are the highest recorded among several reports collected in the past five years.