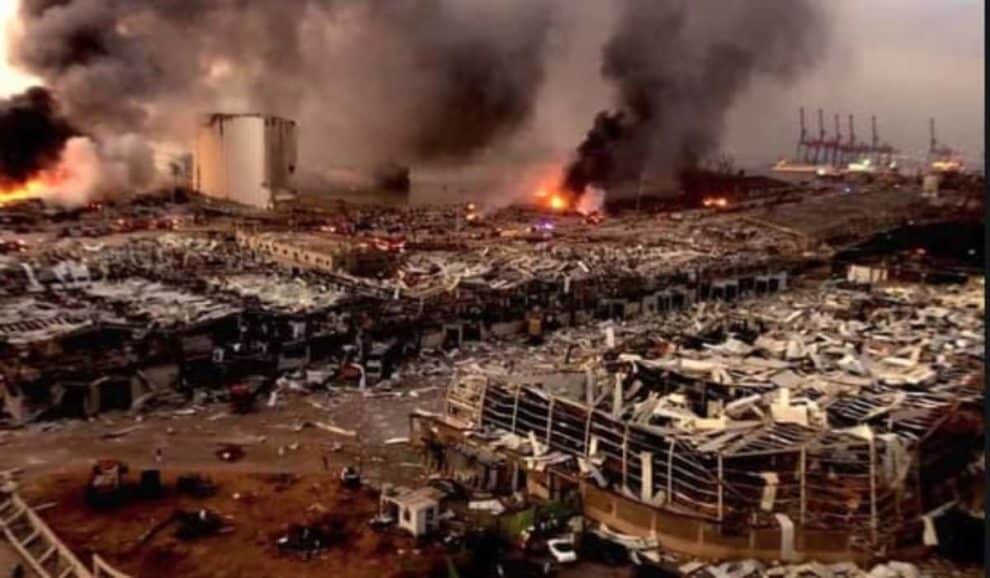 The deadly blast at Beirut port has left at least 130 people dead, thousands injured, and over 300,000 homeless. Many countries immediately offered assistance to Lebanon, including Russia, Greece, Cyprus and Turkey. However, the most surprising is undoubtedly the assistance offered by Israel. Lebanon is already in political and financial turmoil, and the complete destruction of the port will only accelerate these already existing problems. With the government already struggling with a multitude of issues, Lebanon is still unlikely to accept Israeli assistance, especially taking into account the hostile history between the two countries.

It has been reported that Israel has contacted the “Lebanese government through various channels,” offering medical and humanitarian aid to assist those most affected by the blast. Israeli President Reuven Rivlin expressed his condolences to the people of Lebanon, while the leaders of some Israeli hospitals pledged that they would accept patients from Beirut to be treated at medical centers across the country.

This is a complete turnaround in rhetoric considering only last week there was speculation of a new war between Israel and Lebanon. Tensions erupted when Israeli jets bombarded a target in the Syrian capital of Damascus recently, killing a fighter belonging to Hezbollah, a Lebanese Shi’ite group. Fearing retaliation, on July 28 the Israeli Army announced that it had dispatched more reinforcements to the border with Lebanon, and Israeli leaders, including Prime Minister Benjamin Netanyahu, did not stop threats against Hezbollah if it sought revenge.

However, Lebanon seems unimpressed by the Israeli offer and while the authorities have yet to make any formal announcement on the matter, it is unfathomable that the Lebanese government will accept such assistance. Even if there might be an element within Lebanon who would want to take Israel’s offer as a means to the normalization between the two countries, they will not be successful.

Under Lebanese law enacted in 1995, citizens are prohibited from having any business or commercial relations with Israel. In addition, Article 278 of the Penal Code states that it is illegal to maintain any contact with Israel and that interactions with Israelis is prohibited. Therefore, accepting such aid would contradict Lebanon’s own laws, even if Israel has announced it is speaking to Lebanon through various channels.

As Lebanon is receiving significant aid from many countries and has access to Cypriot hospitals, it is unlikely that Israeli aid is needed. Rather, Israel knew the aid would be rejected but still made the offer in a political move knowing that it would galvanize political forces in Lebanon who want relations with Tel Aviv. Powerful political parties in the Lebanese government and parliament oppose any relationship with Israel, even in the current crisis of political instability, financial turmoil, endemic corruption and now a destroyed port with 300,000 homeless people.

Hezbollah, with other religious parties, now form the largest bloc in the Lebanese parliament and strongly influence foreign and domestic affairs. So long as Hezbollah and its coalition have a strong influence in foreign policy, it is unlikely that opening relations with Israel will ever be on the agenda, mainly because of the bloody history of relations between the two countries and the Shi’ite groups belief that Israel should not exist.

In 1982, when Israel waged a war against Lebanon to minimize Syrian influence in the region and to battle Palestinian militants hiding in Lebanese territory, Hezbollah was a major proponent in the armed struggle, eventually forcing the Israeli military to leave the war-torn country in May 2000, with the exception of the Sheba’a Farms. Even after Israel’s withdrawal from southern Lebanon, Hezbollah continued stockpiling weapons, training fighters and became the strongest militia in the region, and perhaps stronger than the Lebanese military. They vowed even after the Israeli withdrawal to continue its struggle until Israel ceases to exist. A second major flareup in 2006 saw

There is no trust between Lebanon and Israel because of these armed conflicts. Israeli aid will not help defuse hostilities that has existed for decades with Lebanon, nor will it be the starting point to open relations with its northern neighbor. However, Israel could be attempting to create more political chaos in Lebanon. Knowing that the financial chaos and the port blast will further deteriorate the political situation in Lebanon, Israel could be pre-emptively creating a space for itself in Lebanon by identifying those who would be open to Israeli aid and see them as future partners. For now, Israeli aid will be rejected, but as the Lebanese political situation is precarious, Tel Aviv’s aid offer could turn out to be a masterstroke for them in the future.