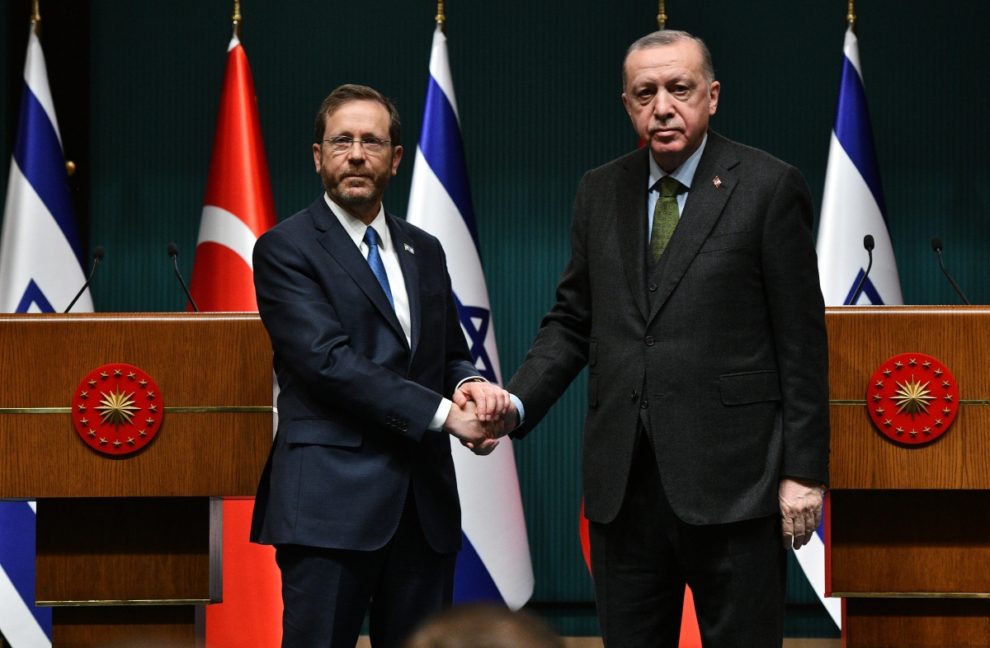 Israel’s incoming prime minister on Thursday thanked Turkey for thwarting an Iranian assassination plot against its tourists in Istanbul that prompted an urgent call for the Jewish state’s citizens to return home.

The comments from Israel’s visiting Foreign Minister Yair Lapid — set to assume the head of a caretaker government in the coming days — came after Turkey reported detaining eight members of the alleged Iranian cell.

“We are full of appreciation for the Turkish government for this professional and coordinated activity,” Lapid said after talks in Ankara designed to highlight a warming in relations between the two occasional regional rivals.

“We’re not only talking about the murder of innocent Israeli tourists, but also a clear violation of Turkish sovereignty by Iranian terror,” said Lapid.

“We are confident that Turkey knows how to respond to the Iranians on this matter.”

Israel last week urged its citizens to leave Turkey because of the “real and immediate danger” coming from Iranian operates.

Iran and Israel have been engaged in a years-long shadow war but tensions have ratcheted up following a string of high-profile incidents Tehran has blamed on Israel.

The Islamic republic claimed Israel was responsible for the killing of Revolutionary Guards Colonel Sayyad Khodai in his Tehran home on May 22.

IHA said Iran sent agents disguised as businessmen and tourists to Istanbul to assassinate Israelis in retaliation for Khodai’s murder and other attacks.

“The hitmen in the assassination team, who settled in two separate rooms on the second and fourth floors of a hotel in Beyoglu, were (detained) with a large number of weapons and ammunition,” IHA said.

The Revolutionary Guard said Thursday it was replacing its veteran intelligence chief in the wake of Khodai’s killing and other attacks.

Two other senior Guard members have also died — one in a reported accident and the other in a shooting — in the past month.

Turkey’s relations with Israel are recovering from a decade of tensions.

Tourism is central to the two countries’ economic ties and Lapid said Turkey was Israelis‘ main destination for visitors.

He added that talks were ongoing to allow the Jewish state’s airlines to start flying directly to Istanbul and the country’s southern coasts.

“We hope that in the very near future, Israeli tourists will be able to return to Turkey without fear,” Lapid said.

The two countries are also probing the prospects of reviving an abandoned gas pipeline project that would send Israeli natural gas to Europe.

The proposed pipeline would run through contested eastern Mediterranean waters claimed by both Turkey and Greece.

US President Joe Biden’s administration has signalled that it now prefers this option to a rival one promoted by Athens.

Neither Lapid nor Turkish Foreign Minister Mevlut Cavusoglu mentioned the project in their prepared remarks to the press.

But the Turkish minister hailed “great progress” in the two countries’ relations and noted an “improving economic and political dialogue”.