You’ll find more information regarding the Android 13 Beta issue as you read further through the rest of this post.

The Android 13 beta 1 is the latest update from Google. According to people who already installed the new update on their devices, the OS comes with a couple of new features. To mention a few, the first beta version of the Android 13 comes with the latest updates to features, such as the new notification permission, themed app icons, and photo picker.

Unfortunately, the Android 13 Beta 1 also comes with a couple of bugs and issues. We’re saying this because multiple reports reveal that the users of the new OS are currently complaining about an annoying situation, in which the home screen icons & widgets disappear.

Some of the affected users mentioned they try using a couple of troubleshooting steps, such as restarting their smartphones. Unfortunately, none of these steps was effective to resolve the issue. You can check here (1,2,3), to see exactly what the affected users are saying about the new Android 13 beta 1, which caused the home screen icons & widgets to disappear.

Is there any workaround to bring back the home screen icons & widgets?

For now, the exact cause of the home screen icons & widgets’ disappearance after the release of the Android 13 beta 1 is still unclear. However, according to many suggestions, it seems the issue mostly affects users anytime they unlock their Android devices.

Google hasn’t yet released any official statement regarding the fix for the problem. However, according to this post, the issue has now been escalated to Google’s product and engineering team. We’ll keep our eyes on the Google team for you. As soon as we find new information, we’ll keep you posted here.

You can try these workarounds

While we wait for Google to roll out a fix to address the issue on the ground, it’s worth knowing that there are a couple of workarounds that you can try to resolve the issue temporarily.

First, according to H-banGG, factory resetting your Android device should help you resolve the issue. To do that, you need to set up clean. After that, restore the setup after adding an account. 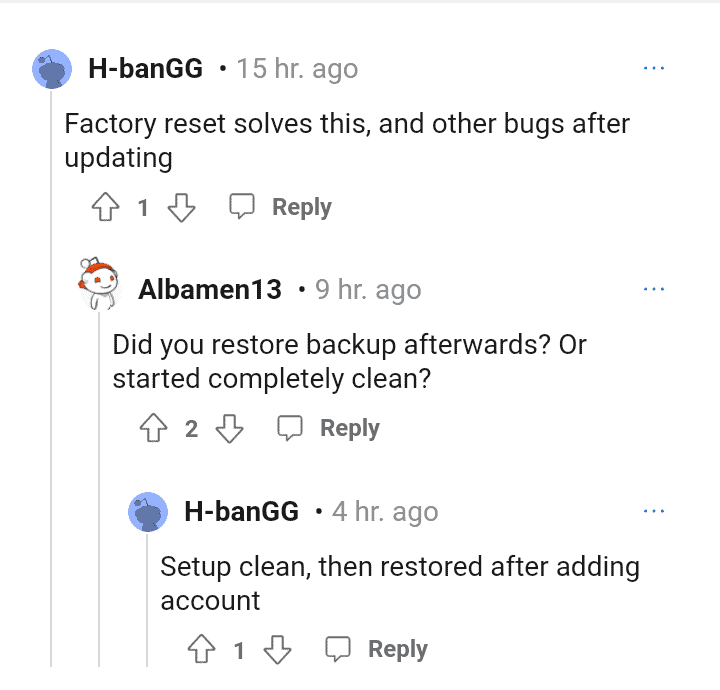 Alternatively, you can consider turning off the smart lock feature of your Android device. A couple of users tested this method to be effective.