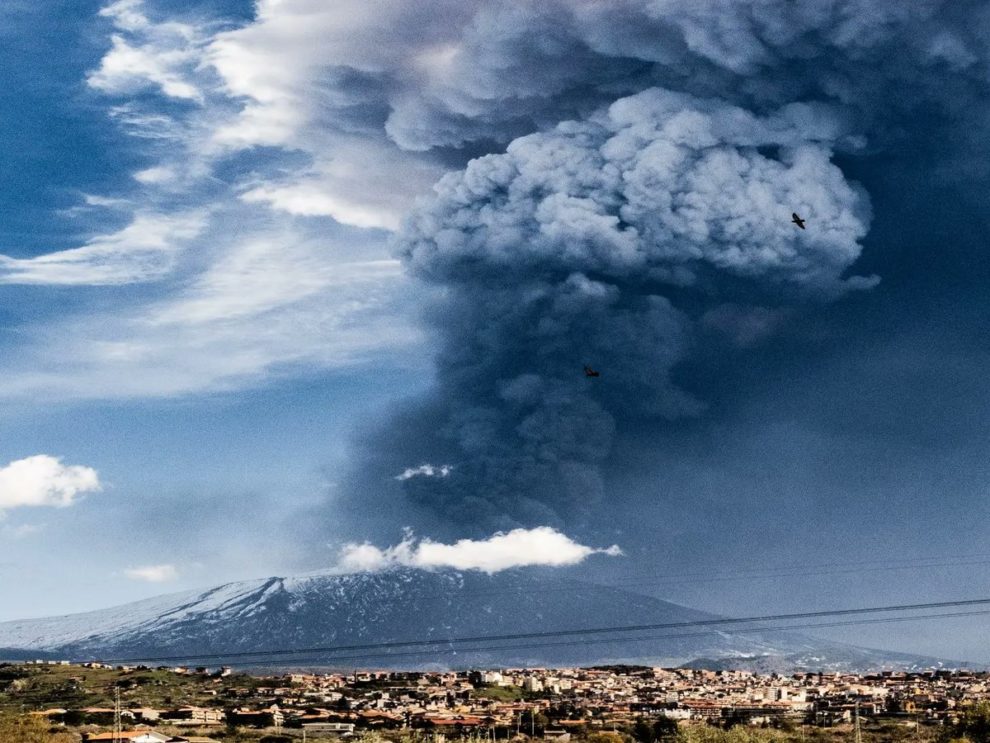 Mount Etna, one of the world’s most active volcanoes, belched smoke and ashes in a new eruption on Monday, briefly forcing the closure of the airport of Catania in Sicily.

The ash cloud rose 10 kilometres (6.2 miles) into the air above a crater on the southeast of the volcano, the INGV National Institute for Geophysics and Vulcanology said on Twitter.

The nearby Vincenzo Bellini international airport in Catania closed at lunchtime Monday. Although it reopened after about two hours, it warned of delays.

The INGV said it had recorded a gradual rise in volcanic-seismic tremor — induced by escaping gases — which could be a sign Etna is heading towards another spectacular burst of fiery lava fountaining, known as paroxysmal activity.