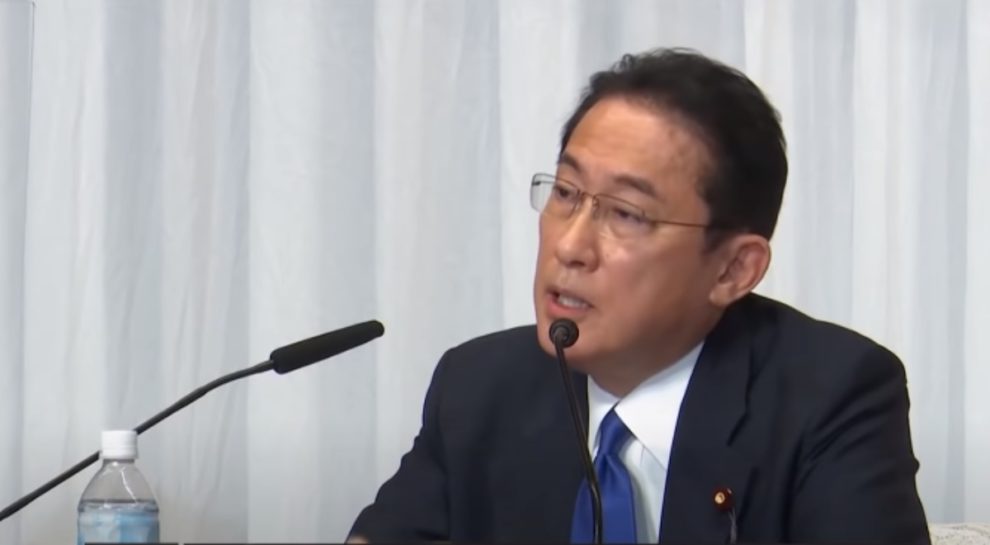 On Monday, Japanese Prime Minister Fumio Kishida vowed to “prepare for the worst” in dealing with the Omicron Covid-19 variant, while also promoting the country’s economic recovery.

Kishida also expressed hope for further debate on constitutional revision in his policy speech at the start of an extraordinary parliamentary session, and pledged to complete a comprehensive review of security policy in about a year, according to the Xinhua news agency.

Although the Covid-19 situation in Japan has significantly improved, Kishida warned of “new risks including the confirmation of the Omicron variant across a number of countries”.

“We will maintain our stance of being cautious and prudent,” the Prime Minister said, adding Japan has added 10,000 hospital beds for Covid patients since the summer and would possibly approve the use of an oral treatment drug later this month.

He stated that the government would be ready to issue digital certificates to people who have been fully vaccinated against Covid-19 on December 20.

Kishida stated that he is “ready to accept criticism that I’m being too cautious before we have an adequate grasp of the situation” in reference to a decision to ban new foreigner entries into Japan due to concerns about the Omicron variant.

Furthermore, the Prime Minister promised to help businesses and workers affected by the pandemic with a massive stimulus package, funded primarily by a record 36 trillion yen ($319 billion) fiscal 2021 supplementary budget expected to be passed by Parliament during the extraordinary session.

Kishida emphasised that lawmakers “have a responsibility to seriously consider” whether or not to amend the supreme law when it comes to constitutional reform.

“In a time of rapid change, we should spark wide debate among the public on whether the current Constitution is fitting for today,” he said.

Kishida stated that the government would “dramatically” increase tax incentives for businesses to raise wages in response to his promise to achieve his “new capitalism,” which not only stimulates the Japanese economy but also redistributes wealth to the middle class.

He stated that his government would lay underwater cables around Japan to form a “superhighway” for high-speed internet in order to promote digital technology.

The extraordinary parliamentary session began Monday afternoon and will last until December 21.