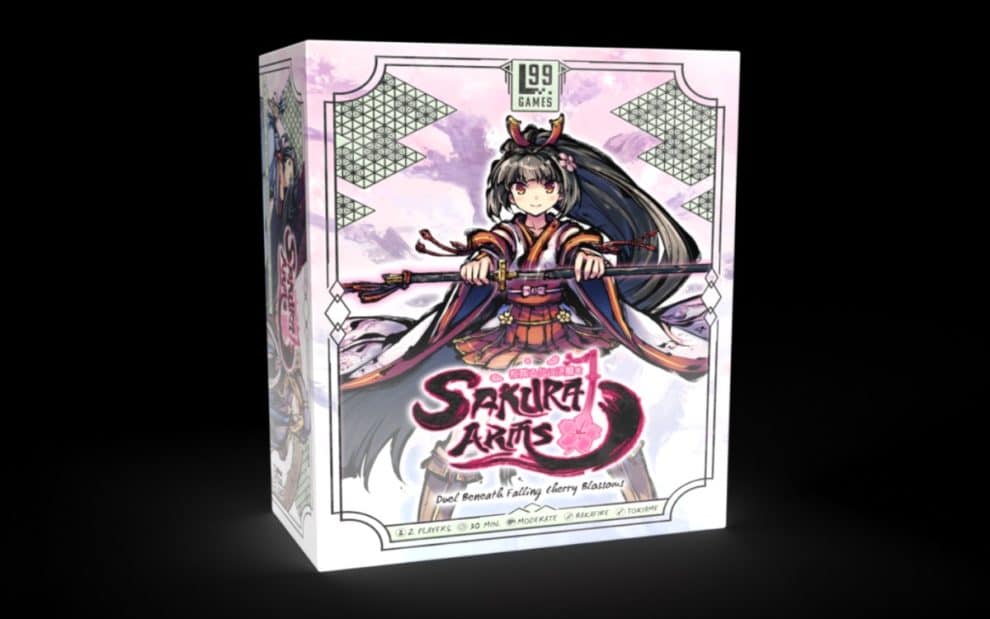 Immerse Yourself Into the Fan-Favorite Two-Player Dueling Card Game, Sakura Arms, During Your Next Tabletop Game Night

Designed by respected indie graphic artist known under the pseudonym BakaFire, Sakura Arms’ beautifully designed artwork complements an impressive gameplay experience that allows for escapism into alternate realities as one of eighteen Japanese goddesses, also known as a Megami. Perfect for the game night host, tabletop game enthusiasts, and classic Japanophiles alike, Sakura Arms’ will be translated into English for its debut in the North American market, allowing residents to enjoy the worldwide phenomenon with a full understanding of the characters, complexities, and strategies of the game. During a period where people are spending even more time at home surrounded by family than ever before, Sakura Arms’ availability comes at the perfect time for those looking to reduce exposure to screen time and engage in a social activity that is both easy to learn and challenging to master.

“I created Level 99 Games to provide tabletop gaming fans with meaningful gameplay experiences that foster relationships with both teammates and opponents alike,” said Brad Talton, CEO of Level 99 Games. “We made the decision to work with BakaFire Party to bring Sakura Arms to the United States because it’s a stunning and successful game that the Level 99 Team admires, and our fans will love.. We’re excited to give them the most immersive experience possible into true Japanese tabletop gaming.”

Coming to Kickstarter on October 27, 2020, Sakura Arms is a welcome addition into any tabletop gamer’s current game rotation. An easy-to-play, easy-to-learn two player dueling card game, Sakura Arms requires players to select two Megami and build a deck to utilize their unique strengths and tactics. Players will then duel until the bitter end! Game play is simple and elegant, with deck building and game play taking up to about 20 minutes.

Sakura Arms will be available for preorder on Kickstarter.com starting October 27, 2020 and is set to begin shipping in 2021. For additional information, visit Sakura-Arms.Level99Games.comor Level99Games.com.

Founded in 2010, Level 99 Games is a global leader in anime-based tabletop games, with a rich history in developing beautifully crafted games that spark interest among gamers, tabletop game collectors, and game night enthusiasts alike. By integrating both intellectual property and licensing fan-favorite characters and realities, Level 99 Games has built a product suite to appeal to every level of tabletop gamer. Almost ten years later, Level 99 Games has grown to partner with over 11 tabletop game publishers and is sold in over 50 countries around the world. The product line has expanded to include a variety of 2-player to 5-player games, traditional board games, fighting style card games, and more.