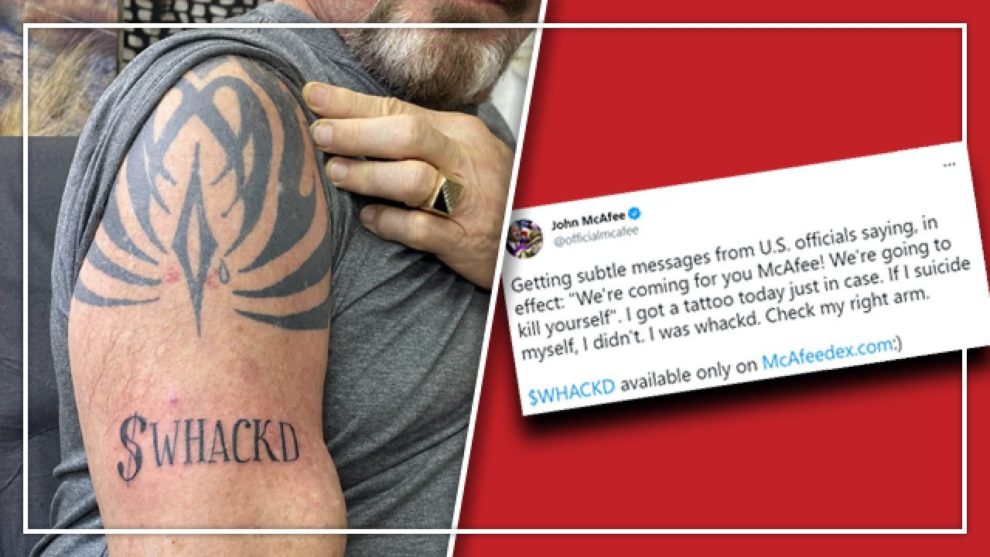 A suicide note was reportedly found in the pocket of John McAfee, the eccentric entrepreneur found dead in his prison cell on June 23.

According to the Associated Press, a source close to the incident refused to reveal what the note said. Lawyer of John McAfee also stated that the family had not been informed about the suicide note.

The news comes as Janice McAfee, the antivirus software tycoon’s widow, demanded a “thorough investigation” into his death on Friday, saying her husband did not appear suicidal when they last spoke.

“His last words to me were ‘I love you and I will call you in the evening,’” the 38-year-old said as she retrieved her late husband’s belongings. “Those words are not words of somebody who is suicidal,” she added.

In a message just three days before McAfee’s body was discovered, she shared her husband’s theory about US authorities wanting him to “die in prison.”

McAfee was discovered dead in his cell just hours after a Spanish court approved his extradition to the United States.

The eccentric 75-year-old mogul had repeatedly insisted that US officials were out to kill him and would make it appear as if he had committed suicide, even getting a tattoo that said “$WHACKD” to emphasise the theory.

A year after death, McAfee’s corpse still in Spanish morgue