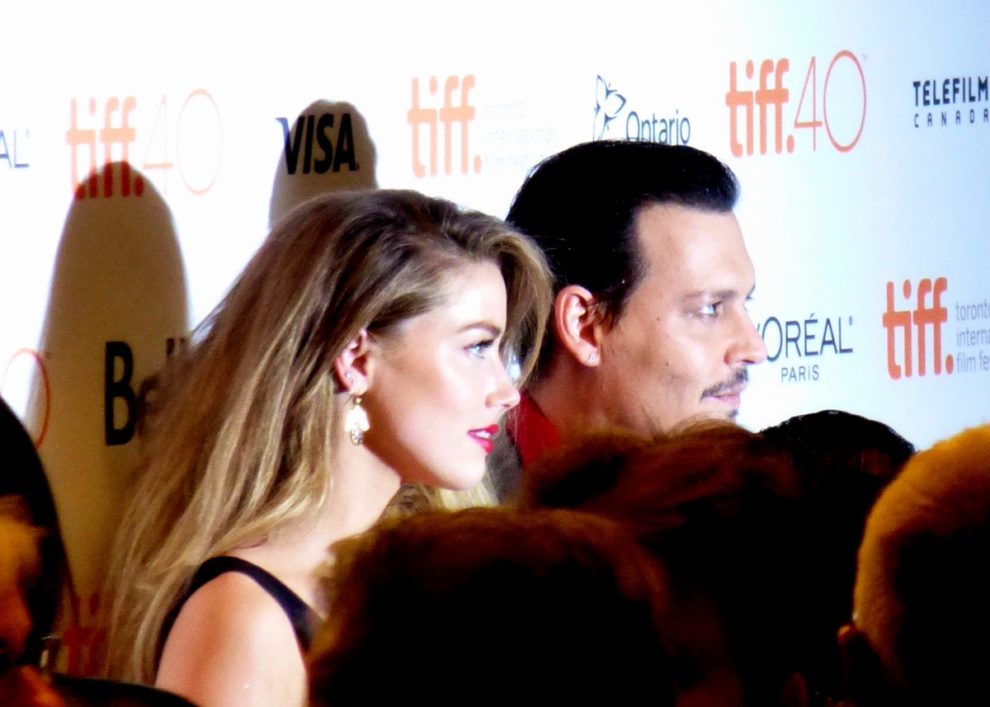 Jury selection began on Monday in the blockbuster defamation case about allegations of spousal abuse between Hollywood star Johnny Depp and his ex-wife, actress Amber Heard.

The 58-year-old Depp, after losing a high-profile libel case in London, has brought suit against the 35-year-old Heard in the United States.

About a dozen Depp fans holding small black pirate flags — a nod to his starring role in the “Pirates of the Caribbean” — gathered outside the Fairfax County Courthouse as jury selection began.

One held a sign reading “Justice for Johnny.” Depp, who was married to Heard from 2015 to 2017, arrived in court through a back door.

Jury selection, which is expected to last one day, is not being televised but the judge hearing the case has said there will be a live broadcast starting with opening arguments on Tuesday.

Both Depp and Heard are expected to testify along with actors James Franco and Paul Bettany, and billionaire Tesla and SpaceX chief Elon Musk.

The case centers on a column written by Heard and printed in The Washington Post in December 2018 in which she describes herself as a “public figure representing domestic abuse” who was pilloried online after her assault claims.

The column was entitled: “I spoke up against sexual violence — and faced our culture’s wrath. That has to change.”

The actress never named Depp, who she met on the set of the 2011 film “The Rum Diary,” but he sued her for defamation for implying he was an abuser, seeking $50 million in damages.

Depp accuses Heard of seeking to “generate positive publicity for herself” ahead of the release of the film “Aquaman,” in which she had a starring role.

Heard countersued, asking for $100 million, saying she suffered “rampant physical violence and abuse” at his hands.

“The frivolous lawsuit Mr Depp has filed against Ms Heard continues that abuse and harassment,” her counterclaim says.

Depp filed his case in Virginia since the Post is printed there but he is not suing the newspaper itself.

Virginia also has defamation laws considered to be more favorable to plaintiffs than those in California, where the two actors live.

The trial, presided over by Judge Penney Azcarate, is expected to last several weeks.

Depp and Heard are expected to testify in person, while some witnesses may be heard via video link.

More details about the private lives of the two actors are expected to emerge.

Starting in 2016, Heard sought a restraining order against Depp amid abuse allegations. Their divorce was finalized in 2017.

Depp lost the London case, which he brought against The Sun for branding him a “wife beater.” His attempt to appeal was rejected in March last year.

That trial laid bare details of the couple’s volatile relationship, including Depp’s battle with drugs and alcohol.

Heard testified that she loved the sober Depp — but that he became a “monster” after days-long binges on powerful prescription and other drugs.

Depp’s career has suffered in the wake of that case.

He left his role as Captain Jack Sparrow in the “Pirates of the Caribbean” franchise.

Depp also has said he was asked to step down from the “Fantastic Beasts” series based on the book by Harry Potter author J.K. Rowling. He has been replaced by Mads Mikkelsen.

In a quirk of timing, the next movie in that series opens in US theaters on April 15.