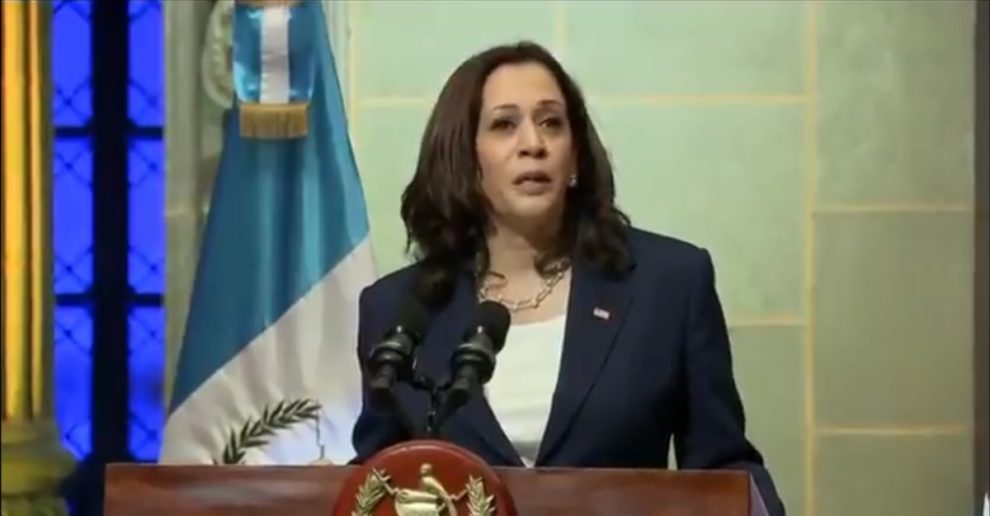 “We can’t help set someone’s house on fire and then blame them for fleeing,” said Rep. Alexandria Ocasio-Cortez.

Standing alongside Guatemalan President Alejandro Giammattei, Harris said during a press conference in Guatemala City that migrants “will be turned back” if they arrive at the U.S.-Mexico border, where the Biden administration continues to send away the majority of people attempting to enter the country.

“I want to be clear to folks in this region who are thinking about making that dangerous trek to the United States-Mexico border: Do not come,” said Harris. “Do not come.”

While the vice president tried to distinguish between “illegal migration” and “legal methods by which migration can and should occur,” Refugees International voiced concern that Harris’ message “undermines the right to seek asylum under U.S. law.”

“We continue to urge the Biden administration to build policies that recognize that many Guatemalans will need to seek protection until the long-standing drivers of forced displacement are addressed and realign its message to the Guatemalan people to reflect America’s commitment to the right to seek protection internationally,” said Rachel Schmidtke, Latin America advocate with Refugees International.

.@VP Kamala Harris, seeking asylum is legal. Turning back asylum seekers is illegal, dangerous, & oftentimes sends them back to their deaths. Seeking asylum is a right under US and international law. #WelcomeWithDignity https://t.co/3UcJyALhlW

“The U.S. spent decades contributing to regime change and destabilization in Latin America,” said Ocasio-Cortez. “We can’t help set someone’s house on fire and then blame them for fleeing.”

“It would be helpful if the U.S. would finally acknowledge its contributions to destabilization and regime change in the region,” the New York Democrat continued. “Doing so can help us change U.S. foreign policy, trade policy, climate policy, and carceral border policy to address causes of mass displacement and migration.”

In response to Ocasio-Cortez’s criticism, Harris told reporters Monday that she has been adamant that “we have to deal with the root causes.”

“And that is my focus,” Harris added. “Period.”

But it’s not clear that the solutions offered thus far by the Biden administration would sufficiently alter a status quo that has forced thousands upon thousands of people to flee their homes in Central America in search of safety and basic human dignity.

As the New York Times reported Monday, Harris announced that the administration “will deploy homeland security officers to Guatemala’s northern and southern borders to train local officials—a tactic similar to one used by previous administrations to deter migration.”

Additionally, according to the Times, the Biden administration “outlined an investment of $48 million in entrepreneurship programs, affordable housing and agricultural businesses in Guatemala, part of a four-year, $4 billion plan to invest in the region. Ms. Harris last month touted commitments from a dozen private companies, including Mastercard and Microsoft, to develop the economy in Central America.”

When Giammattei asked Monday whether the administration would be willing to shield Guatemalans in the U.S. from deportation by granting them temporary protected status (TPS), Harris dodged the question.