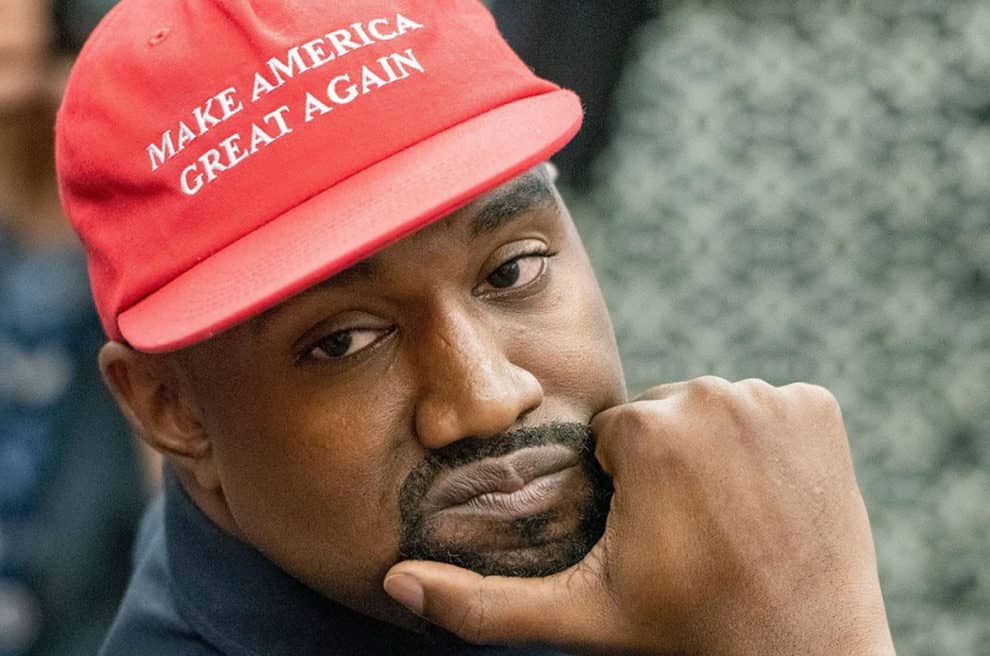 Kanye’s decision to officially run for President won’t just siphon off African-American votes from the Democrats (or Biden) if he stays in the race long enough to get on some states’ ballots as an Independent, but might even direct more of this demographic towards Trump in the event that he pulls out of the campaign after generating a substantial amount of grassroots support and endorses the incumbent instead, thus turning him into the party’s top enemy ahead of November and potentially dooming their White House plans.

Kanye’s decision to officially run for President wasn’t exactly a surprise since he publicly flirted with the idea a few years ago, but it still seriously complicates the Democrats’ efforts to unseat Trump this November. They’re rightly afraid that this well-known pop-culture figure will siphon off African-American votes if he stays in the race long enough to get on some states’ ballots as an Independent (which isn’t a certainty, in any case, considering the technical requirements involved this late in the game), but the worst-case scenario from their perspective is if he inspires more of this demographic to vote for Trump. That isn’t a far-fetched possibility either since Kanye might pull out of the campaign after generating a substantial amount of grassroots support and endorse his incumbent friend Trump instead (perhaps if he’s promised a position in the next administration).

After all, Kanye broke with his fellow celebrities a few years back by proudly proclaiming his support for Trump, who he even met at the White House, so it’s possible that he’s doing this with the intent of influencing African-Americans to vote for anybody but the Democrats. It doesn’t matter whether that’s him or Trump since Kanye has an axe to grind with the party whose surrogates nastily smeared him over the past couple of years for defying their “politically correct” dogma after he condemned the Democrats for their historical mistreatment of African-Americans and consistently condescending attitude towards them. The party hoped to manipulate more African-Americans into voting for them than ever before by presenting themselves as the political champions of the “Black Lives Matter” (BLM) movement, but that master plan is now thrown into doubt.

A large part of the Democrats’ strategy for winning back the presidency isn’t so much to promote Biden as it is to denigrate Trump. Their candidate’s visible senility proves that he’s just a “deep state” puppet, which party loyalists love since it suggests that he’ll just do whatever the anti-Trump elite want while other more “moderate” voters rightly express concern about what it would mean for the future of their country’s democratic system if someone like Biden were to enter into office as someone else’s proxy. For this reason, the most effective strategy for the Democrats to employ is to incessantly attack Trump so that on-the-fence voters get so frustrated with him that they decide to vote for anyone else but the incumbent, with Biden (or rather, the “deep state” that he represents) being his only realistic rival.

Unlike last time around, however, the Democrats must absolutely ensure that African-Americans turn out en masse to vote for the party’s candidate otherwise they might realistically lose this upcoming election too. As the author wrote in his late-May analysis about how “Biden’s ‘You Ain’t Black‘ Comment Embodies Everything Wrong With The Democrats”, the Center for American Progress noted in their report about “Voter Trends in 2016” that “If black turnout and support rates in 2016 had matched 2012 levels, Democrats would have held Florida, Michigan, Pennsylvania, and Wisconsin and flipped North Carolina, for a 323 to 215 Electoral College victory.” This astute observation explains why the Democrats and their Mainstream Media allies are going into overdrive trying to portray Trump as a “racist” so as to generate historic African-American turnout against him.

Therein lies the strategic challenge that Kanye poses to the party since he’s one of the world’s most famous African-Americans but is adamantly opposed to the Democrats. He has tremendous pop culture appeal which could prove to be a game-changer in the ongoing Hybrid War of Terror on America that’s essentially the kinetic phase of its long-running “Culture War”. Never before has such an influential African-American broke ranks with the Democrats in a dramatic Harrison Bergeron-like manner to take on the forces that he personally blames for his demographic’s many socio-economic problems. He’s so well-known that he can’t realistically be censored and his views will inevitably reach tens of millions of African-American voters, potentially causing them to second-guess their support for the Democrats and either vote for Trump or consider staying home instead.

The Perfect Antidote To Decades Of Democrat Brainwashing

Instead of being herded like sheep by their Democrat “plantation masters” into voting for Biden, possibly being condescendingly pandered to do so by his potential pick of an African-American woman as his running mate, African-Americans now have the chance to liberate their minds by listening to what one of their most famous folks has to say about why they should think twice before doing this. They might not be interested in what Trump has to say just because of the color of his skin and the Democrat-allied Mainstream Media’s campaign to convince them that he’s a “racist”, but Kanye looks just like them, is regarded as “cool”, and is generally respected for having the courage to express himself however he wants even if it isn’t “popular”. In other words, he’s the perfect “antidote” for reversing decades of Democrat brainwashing and could really make a difference.

For this very reason, the Democrats might consider him to be a greater threat to their party’s political prospects than Trump himself because of the game-changing impact that he could have on the election. Kanye supports the peaceful protests that are organized under the BLM banner but seem to be against the slew of crimes that have been committed in this movement’s name, which makes him representative of the silent majority of African-Americans. The party can’t afford for his “moderate” message of being a Trump-supporting African-American backer of BLM to reach the African-American mainstream, hence why they might intensify their smear campaign against him, but doing so is extremely risky since Kanye can then use every attack as an example to show African-Americans how desperate the Democrats are to retain control over their minds.

They could just try to ignore him, but that could also backfire since his widespread popularity and immense social media reach mean that they’ll have to inevitably counter his message in one way or another if it starts gaining traction among the African-American community that the party previously took for granted as one of its constituent bases. Kanye, therefore, presents a serious conundrum for the Democrats that basically borders on a dilemma — they’re damned if they condemn him since he can flip it around to prove that the party will do anything to keep African-Americans on their “political plantation”, but equally damned if they let him spread his message unchallenged since it’s so “revolutionary” in the sense of inspiring African-Americans to break with the Democrats after decades of being disappointed by the party (the so-called “Blexit” movement).

Kanye’s official entrance into the presidential race could very well be the game-changer that Trump needs to doom the Democrats’ White House plans. The opposition is terrified at the thought of an extremely popular African-American celebrity using his political platform to condemn the party’s mental manipulation of the 40 million or so members of his demographic over the decades just months before the November election. This throws a serious spanner in their fear-mongering strategy of brainwashing African-Americans into believing that Biden’s defeat would basically result in their “re-enslavement” by what some of them have been convinced is the “Racist in Chief”. For these reasons, there’s a very high chance that Kanye might become the Democrats’ top enemy, and they’ll do whatever they can to silence, co-opt, and/or stop him, whether by hook or by crook.

Elon Musk on Biden: ‘The real president is whoever controls the teleprompter’ – VIDEO