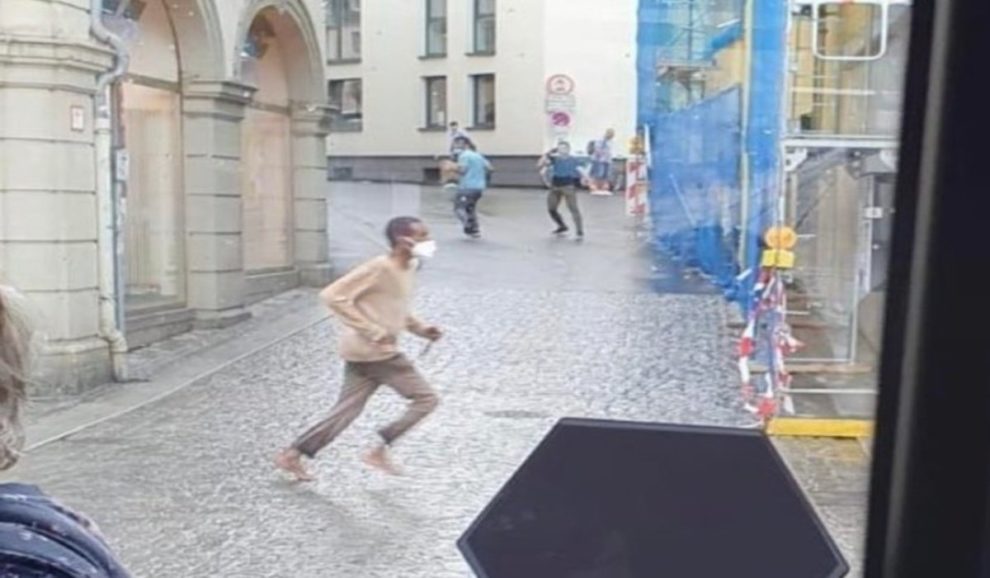 According to reports, at least 3 people are dead and multiple injured in stabbing attack at Barbarossaplatz in Wuerzburg, Germany.

A man with a knife can be seen attacking people in the video shared on the social media.

BREAKING VIDEO: 2 people dead and multiple injured in stabbing attack at Barbarossaplatz in Wuerzburg, Germany. A man with a knife can be seen attacking people in the video:

Here is another footage of the incident where several people can be seen trying to apprehend the suspect.

According to police, the suspect has been arrested. Police in a statement on Twitter said (translated):

We arrested a suspect. There is currently no evidence of a second perpetrator. There is NO danger to the public! Please refrain from rumors – more information will be provided.

There is no longer any danger to the population, the police said in a statement. Areas in the city center are still blocked.

Multiple ambulances and heavy police presence reported on the scene.

The background to the criminal incident is currently unclear.

Wurzburg is a city of about 130,000 people in south-east of Frankfurt in Germany.