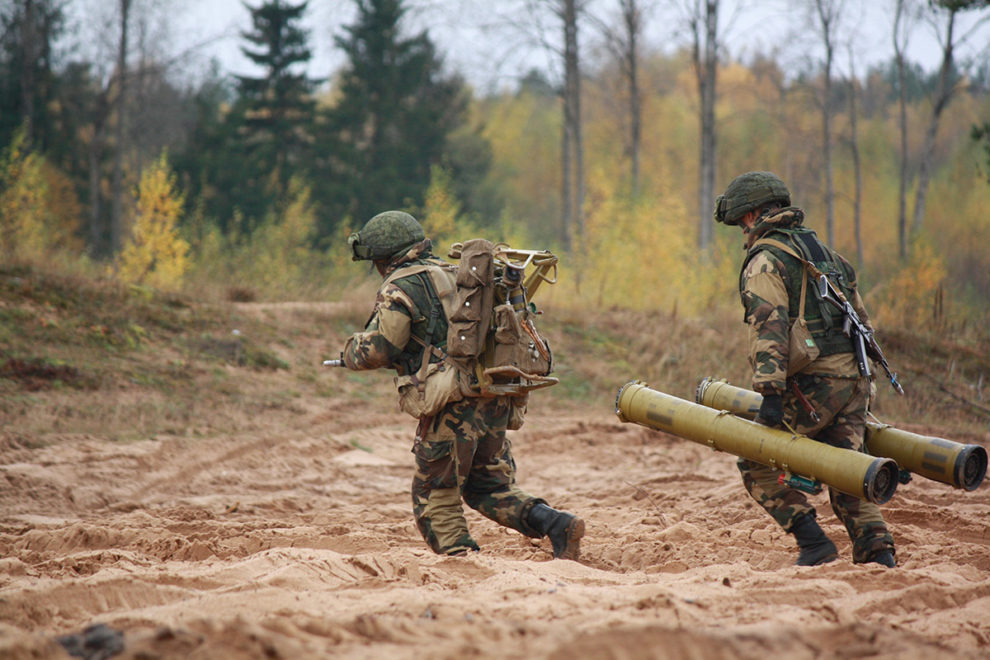 The Kremlin said Friday that volunteers including from Syria would be welcomed to fight alongside Russia’s military in Ukraine, embroiling the Middle East in a conflict the West has worked to contain.

Dozens of men in camouflage, hoisting Kalashnikov assault rifles and pro-Russian banners, appeared in footage Russia’s defence ministry said was a gathering of veterans in Syria, eager to join the Ukraine conflict.

Moscow’s plans to bring in as many as 16,000 private fighters into the conflict came as Russian strikes hit fresh civilian targets in central and eastern Ukraine on Friday, including a care home for disabled people.

The Kremlin’s spokesman told reporters Thursday that the defence ministry had “talked in particular about those who sent their requests from the Middle East countries and from Syria.”

“There was no talk about our fellow citizens,” volunteering, Putin’s spokesman Dmitry Peskov said.

They also gave Russia a level of plausible deniability when it intervened in the Syrian conflict in 2015 with a bruising air campaign that decimated the opposition and turned the tide in favour of Syrian President Bashar al-Assad.

Peskov said the decision to send volunteer fighters to Ukraine was within reason, claiming that the United States was backing measures to send mercenaries to fight alongside Kyiv’s army in Ukraine.

“If the West is so enthusiastic about the arrival of mercenaries, then we also have volunteers who want to participate,” Peskov told journalists.

“If you see that there are people who want on a voluntary basis (to help east Ukraine’s separatists), then you need to meet them halfway and help them move to combat zones,” Putin told Defence Minister Sergei Shoigu during a televised security council meeting.

Ukraine has announced the creation foreign volunteer contingents to be integrated into its armed forces to fight Russian troops on its territory.

Prior to the onset of fighting in Ukraine, training camps sprouted up across the country to train civilians in basic self-defence, first aid, and small arms use.

Russia launched a massive military operation in Ukraine late last month, spurring an exodus of refugees to Europe and allegations of war crimes.

It has also seen members of NATO, the US-led military alliance that Ukraine seeks to join, sharply increase weapons supplies to Ukraine, and bolster troop deployments near Russia.

Putin also said that any weapons seized during the fighting by Russian troops — particularly Western-produced arms — should be handed to rebels in eastern Ukraine, regions Putin recognised as independent.

Ukraine’s army had been fighting the rebels since 2014, prior to Russia’s incursion, in fighting that claimed 14,000 lives.