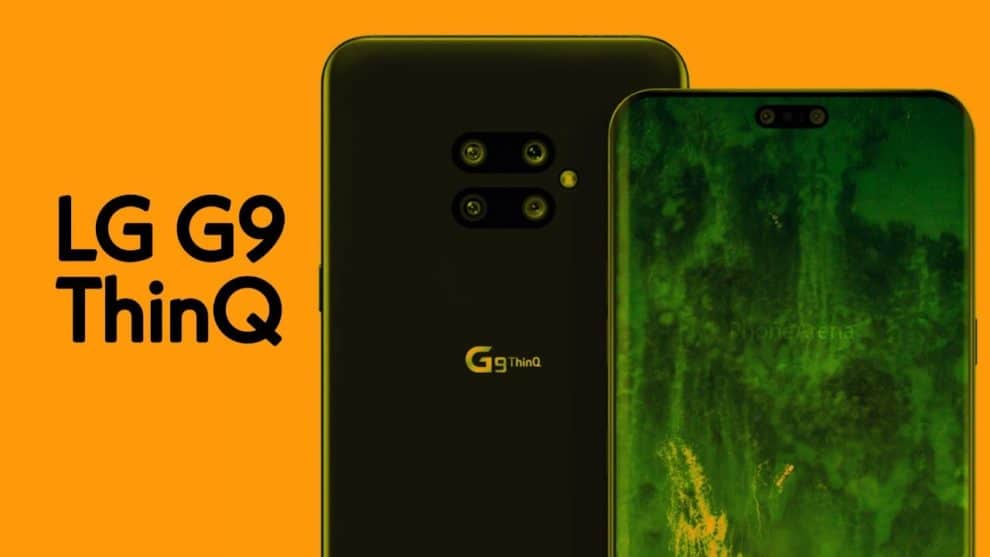 A few years ago, LG used to be at the forefront of high-end Android smartphones. However, due to the aggressive and consistent efforts from other brands, including Samsung and Huawei, the brand got pushed back from its position. Now, with the LG ThinQ series, the brand has started putting more effort, ensuring that it keeps up with the competition. Last year, the giant tech company released a few smartphones, including the LG G8 series. Although we weren’t captivated by the LG G8 smartphone, others, including the LG G8X brought some amazing features from the brand. Now, the brand is about to release its 2020 G-series phone, called LG G9 ThinQ. Here’s a burning question, will LG introduce new and innovative features on the upcoming LG G9 ThinQ, making it a very desirable phone for its users?

In this article, we’ll be sharing with you everything we know about the upcoming LG G9 ThinQ, including its release date, price, and features.

LG is known by its users to always unveil its new phones at the MWC trade shows, which take place every year in February, in Spain. Talking of last year’s release, LG G8 ThinQ, the company announced it on February 24, 2019. Shortly after that, LG launched the device officially in March 2019. However, we wouldn’t want to say the same about the upcoming LG G9 ThinQ. That’s because we expected LG to unveil the device at this year’s MWC trade show, in February, but couldn’t because the event was canceled.

Now, it’s still unclear whether or not the company will still go ahead with the release, as rumors have it that LG has finally killed off its G series lineup. Recently, LG released its new device, called LG Velvet, which most people believe to be a replacement for the LG G9 ThinQ. But how true could that be?

According to some rumors, the upcoming LG G9 ThinQ will likely launch on July 30, 2020, in select countries, including India. However, it’s worth noting that the date above is unofficial, and should be taken with a pinch of salt.

Just like its launch date, there’s yet to be an official release as to the price of the upcoming LG G9 ThinQ. However, we can still make a pretty close guess, using the price of the previous releases.

LG released the G6 at a starting price of $650, while the G7 ThinQ sold at the company’s suggested retail price of $750. Talking of last year’s G8 ThinQ, it sold at a starting price of $850. Well, with the high price, many users were unable to purchase the phone, forcing LG to introduce a discount and bringing the price down to a more acceptable level.

With the upcoming LG G9 ThinQ, LG might also consider releasing it at a fair price, which won’t be too much for its users to accept. That said, the price of the phone will likely come at a starting price of $700 or $800.

About its battery capacity, the upcoming phone will come with a massive 4500mAh battery. That’ll also be able to support fast charging, which helps users to get the necessary boost in a timely manner.

Also, the LG G9 ThinQ will have a similar design as that of LG G8X, coming with a Super AMOLED screen display of about 6.9-inch, in-screen optical fingerprint scanner, a USB-C port, and a camera notch. Talking of the dimension of the device, you should expect it at an estimated 169.4 x 77.6 x 9.4mm, including the rear camera bump.

Apart from a phone’s design, another important part is its specifications. In the case of the upcoming LG G9 ThinQ, it’ll likely come powered by Qualcomm’s top-of-the-line mobile processor. At 2019’s MWC event, LG revealed that going forward, its V-series devices will be 5G, and its G-series will be 4G. However, looking at Qualcomm’s new processor, that’ll likely not be the case anymore.

No doubt, LG always powers its new devices with Qualcomm’s top-of-the-line mobile processor. And with the company introducing its new processor, Snapdragon 865 chipset, to include 5G modem as standard, it means the upcoming LG G9 ThinQ will be 5G. Furthermore, according to Qualcomm’s Keith Kressin, manufacturers could choose the Snapdragon 865 chipset at 4G. However, he concluded saying: “we’re not aware of a single [manufacturer] that’s planning to market the 865 as 4G.”

Talking of its storage capacity, the upcoming LG G9 ThinQ will come with a 6GB of RAM and 128GB of internal storage.

Although LG’s custom Android skin isn’t the worst, there’s definitely room for more improvement in terms of its visual design and actual functionality. The 2019’s G8 ThinQ, despite launching with Android 9 Pie out of the box, didn’t come with all the expected features when compared with other custom skins.

Lately, LG unveiled the next version of its UX Android skin, which addressed most of the issues in the previous iterations. That said, the upcoming phone will run on the Android 11 operating system, with the LG UX custom skin.