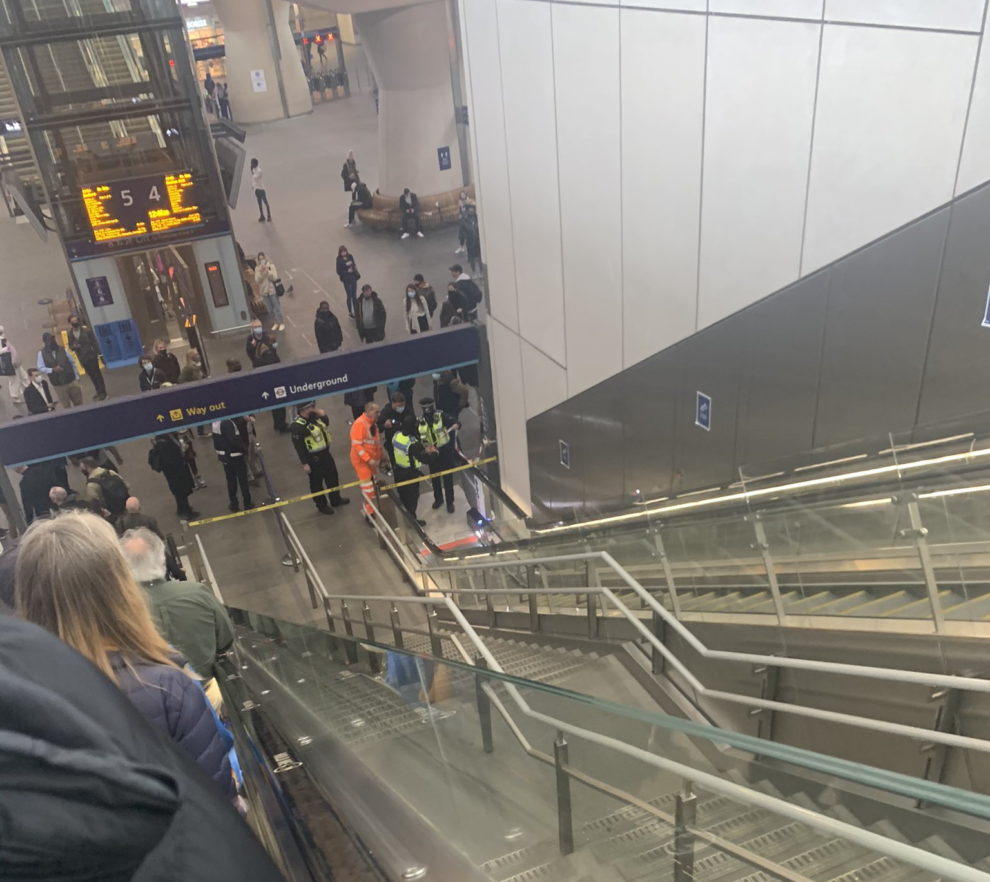 “We’ve been informed that the emergency services are dealing with an incident at London Bridge,” Southern said.

The train company Southern said on Twitter that trains have been diverted and will not stop at London Bridge station while emergency services deal with an incident.

British Transport Police said in a statement, “Officers were called to London Bridge station at 12.33pm today following reports of a suspicious item on board a train.”

The station has been closed as a precaution while specialist officers prepare an assessment, according to British police.

A user named Tom Wright posted the video from the scene. “London bridge evacuated and sniffer dogs are being walked around,” Tom said in a tweet.

London bridge evacuated and sniffer dogs are being walked around. pic.twitter.com/xSddUuqmfY