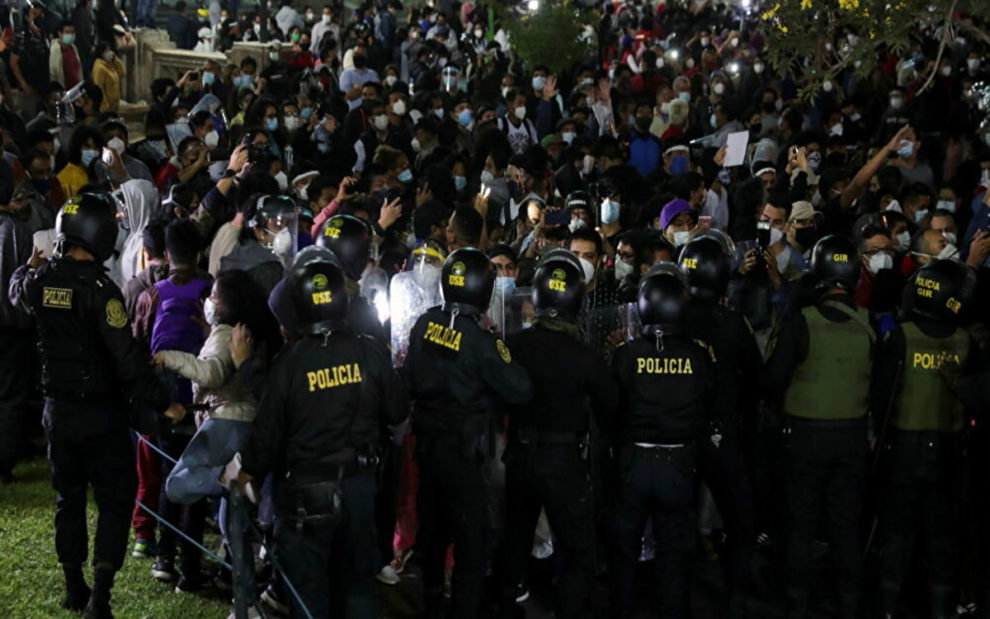 Reports from Peru indicate massive unrest and protests as Manuel Merino assumes the role of new Peru President. The new Peru President was sworn in after Martin Vizcarra was impeached on grounds of “moral incapacity” by the congress. Several people are protesting on the streets for this blatant violation of constitutional provisions. The change in the presidency is badly timed given the country’s current struggle with the Covid-19 pandemic paired with economic stability. The general elections were only 5 months away but Martin Vizcarra was impeached by 105 votes cast yesterday evening.

“Today I am leaving the government palace. Today I am going home.” – Martin Vizcarra

Yesterday, President Martin Vizcarra addressed the congress to defend himself against the motion for impeachment. He addressed the congress for 45 minutes and justified his presidency on the basis of successes secured by his government. Martin Vizcarra challenged the motion for being based on the premise of baseless allegations of corruption. He further maintained that these allegations were made by people who would personally benefit from his impeachment.

This was the second time that congress moved a motion to dismiss President Martin Vizcarra. The first motion was passed in mid-September, the reasoning for the motion was given was “permanent moral incapacity.” Investigations are being conducted into allegations of bribery against Martin Vizcarra. Vizcarra will be called before a district attorney within this week to present his defense regarding allegations of bribery in relation to contracts secured by his government.

BREAKING: Unrest, protests, tensions grip #Peru after President Martín Vizcarra was removed from office by congress, they voted to impeach him on the grounds of ‘moral incapacity.

Thousands of people have emerged on the streets in Peru’s capital city to protest against Martin Vizcarra’s removal. The public demands resignations of lawmakers who voted for the impeachment of Martin Vizcarra. Many have claimed that the newly sworn-in President, Manuel Merino is illegitimate. Analysts refer to this action by the lawmakers as a “risky power grab” since the congress was already unpopular during Vizacarra’s government for rampant corruption. This action puts Peru’s democracy at stake.

“To go after a president and destabilize the country’s democracy in the middle of this type of crisis for no serious reason is beyond reckless,” said Steve Levitsky, a political scientist from Harvard University who has extensively observed political proceedings in Peru. “This is something I can never forgive,” lawmaker Maria Cabrera stated. “It generates a huge amount of uncertainty at a time when the economy is in a tailspin because of COVID and people are dying,” she added.

A local news agency said, ‘People rally in Lima after Peru’s President Martin Vizcarra was forced out of office when congress unexpectedly voted to impeach him over corruption allegations.’

Ukraine has ‘no need’ for allied forces on its territory: president