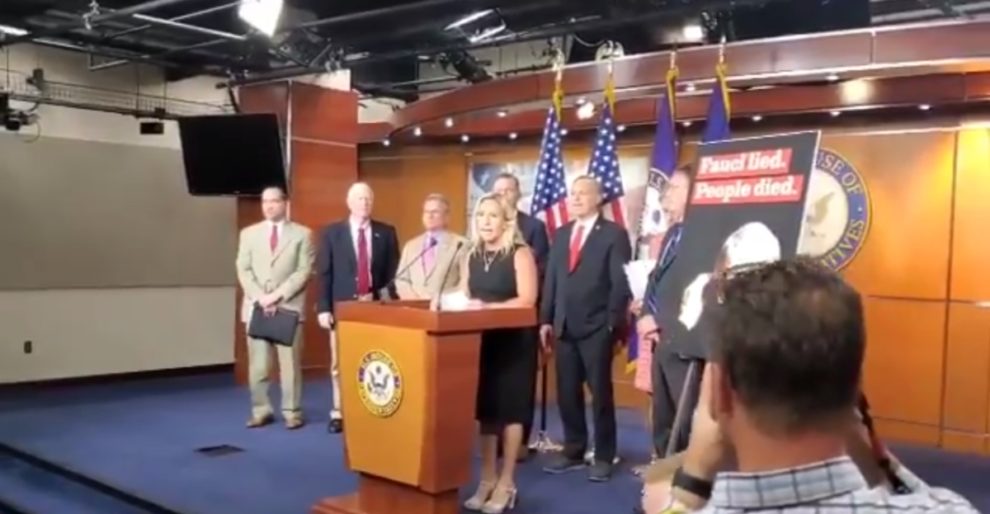 Marjorie Taylor Greene, a Republican congresswoman, has proposed a bill to award the Congressional Gold Medal to Kyle Rittenhouse, who was acquitted of murder days ago.

Greene introduced the bill on Tuesday with the following summary, “To award a Congressional Gold Medal to Kyle H. Rittenhouse, who protected the community of Kenosha, Wisconsin, during a Black Lives Matter (BLM) riot on August 25, 2020.”

“Kyle Rittenhouse deserves to be remembered as a hero who defended his community, protected businesses, and acted lawfully in the face of lawlessness. I’m proud to file this legislation to award Kyle Rittenhouse a Congressional Gold Medal,” Greene told The Hill.

A Congressional Gold Medal is the highest honour that Congress can bestow on individuals for outstanding accomplishments.

Rittenhouse, of Antioch, Illinois, was acquitted on all five charges stemming from his actions on August 25, last year, during protests against the shooting of a Black man, Jacob Blake, by a white Kenosha police officer.

Tucker Carlson to interview Kyle Rittenhouse at 8 pm on Monday