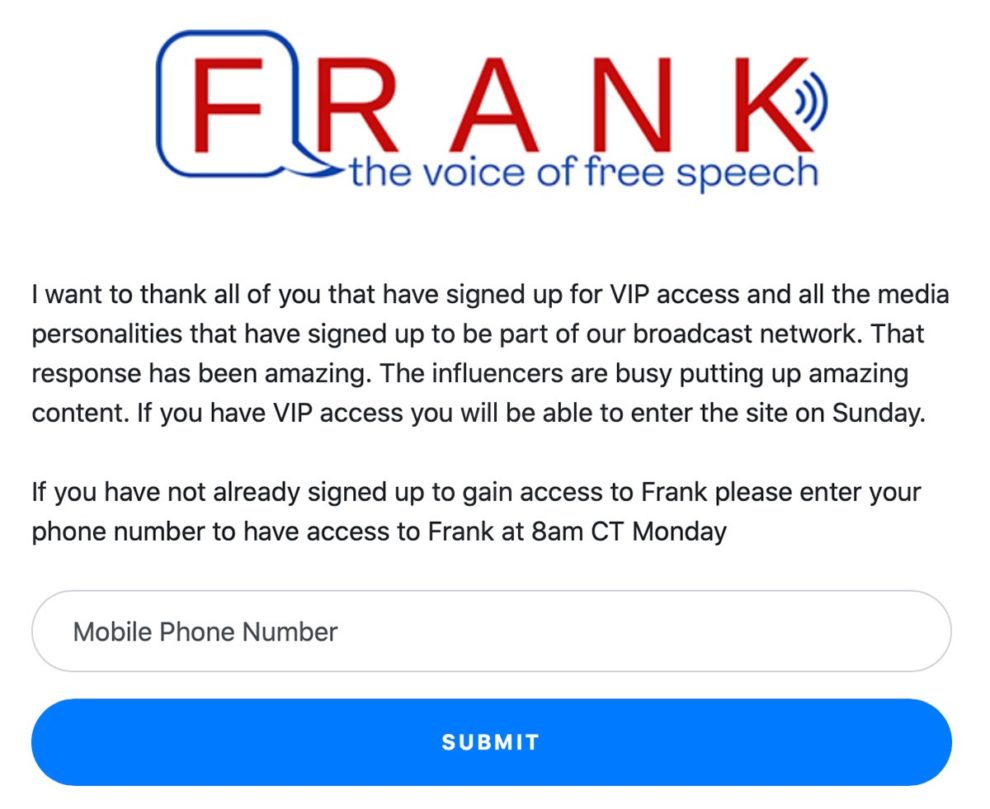 Lindell said that his new site FrankSpeech.com is having a massive attack against it currently. He also said that they are working on it and hope to get it up as soon as possible.

Many users received 404 error notices. Those who managed to access the site found that it was impossible to log in.

Frank, Mike Lindell’s social-media site, was scheduled to go live at 8 a.m. CT on Monday, but technical difficulties have prevented users from signing up.

UPDATE: Lindell’s social media website, Frankspeech.com got up at 10:45 AM EST.

Here’s the video of Mike Lindell telling about attack on his website Frank.

Mike Lindell is launching his new social media platform which has been under a 'sustained cyber attack'. He discusses a new court case – #MyPillow is counter suing Dominion Voting Systems for 1.6 BILLION dollars.
Alan Dershowitz explains why this is the right thing to do! pic.twitter.com/9Naa3WB1Gc

Lindell made a huge announcement after talks about the attacks for a while: MyPillow CEO said, he has filed a $1.6 billion lawsuit against Dominion Voting Systems. He claims it isn’t a retaliation for Dominion’s $1.3 billion defamation suit against him and his company for comments accusing them of election fraud.

“You’re not going to be able to sign in,” Lindell said. “It’s the biggest attack ever.”

Lindell previously stated that he had invested millions of dollars on the site’s security in the last four weeks because he anticipated cyberattacks.

“We’re going to be attacked, but I have my own servers and everything,” he said. “We’re not going to be worried about Amazon taking it down, or YouTube, or Google, or Apple.”

People would soon be able to log in, according to Lindell.

Currently, the website shows a secured Cloudflare page which enable users to enter the website. However, after being securely redirected to Frankspeech.com, users see a white screen with an embedded video on the top, and nothing else.

According to latest figures, 17 million users are watching the video on FrankSpeech.com.

One user wrote, “When accessing FrankSpeech all I get now is an error 404. Signed up (or so I thought) this morning. No email instructions yet. Tried to sign up again just to test, it said both my username & email are taken.”

Another user asked, “How do I sign up for Frank speech? I can hear it live, (GOOD STUFF) but can’t figure out how to sign up?”

“Frankspeech has had trouble launching but it is live right now so take a listen and support this great patriot” a user said in a tweet.

Video: Mike Lindell says he was attacked at hotel by someone who came to take a picture with him