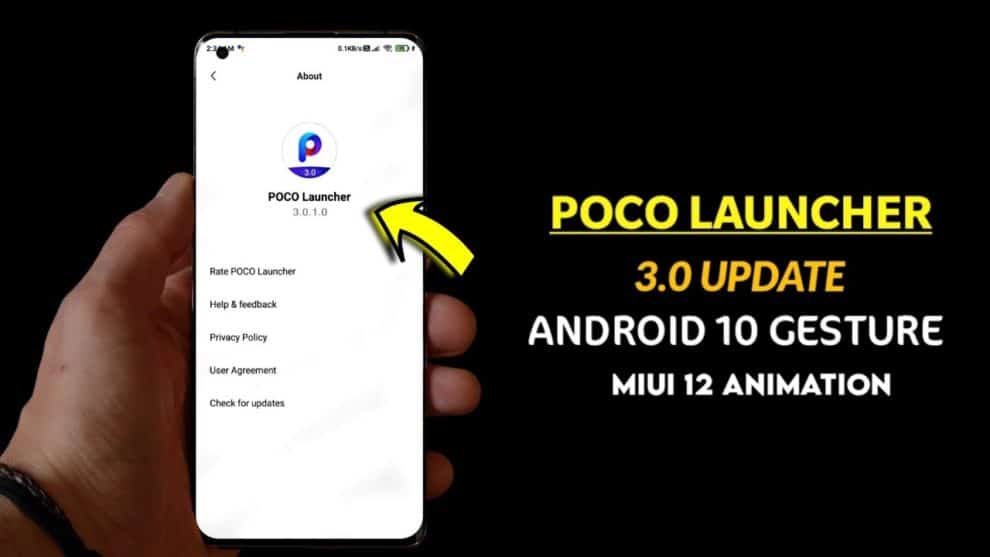 A couple of years back, Xiaomi released the Poco F1 smartphone. The smartphone came with a lot of great features at that time. These include launching with Qualcomm’s Snapdragon 845 chipset. Another interesting thing about the smartphone is that it came with a Poco launcher, for the first time. Shortly after its release, Xiaomi was able to release the launcher for Android devices. Last year, the company also introduced an updated version of the launcher, called Poco Launcher 2.0. Speaking of it, the update came with a lot of improvements than the original one. They include a default white background in the app drawer, which enables users to see their wallpapers. Apart from that, it also introduced double-tap to lock, improved notification badges, and many more. According to the latest report, it seems a new launcher, called Poco Launcher 3.0, based on MIUI 12 is already in development.

In case you have an interest in getting information regarding the new Poco Launcher 3.0, here’s what we know about it below.

MIUI 12-based Poco Launcher 3.0 Is Under Development

According to the latest report by a Reddit user, a new MIUI 12-based Poco Launcher 3.0 is now in development. The Redditor made this known, by posting a video on the platform which shows how the new launcher looks. Furthermore, the user also mentioned that the Poco Launcher 3.0 based on MIUI 12, is already in its development stage.

Here’s a brief of what the Redditor posted while describing the upcoming launcher below:

“Poco Launcher 3.0 based on MiUi 12 is currently on developmental stage…”

You can watch the video posted by the Redditor below:

Apart from that, the Reddit user also shared some of the features that will make it with the new Poco Launcher 3.0. In addition to that, the user also revealed when the release date of the upcoming launcher will be.

Release Date And Features Of The Upcoming Launcher

Starting with the exact release date of the upcoming MIUI 12-based Poco Launcher 3.0, it’s still unsure when it will be. That’s because the Redditor didn’t reveal the exact date. However, according to what the user said, the launcher will come to us in Q4 of this year. Here’s what the report looks like below:

“Poco Launcher 3.0 based on MiUi 12 is currently in its developmental stage and is expected to release in Q4 of 2020. Here’s a sample.”

Speaking of the features of the new Poco Launcher 3.0, the user mentioned that it will come with the following changelogs:

Furthermore, according to a moderator on the Mi forums, there might be truth in what the Redditor said. The moderator, while replying to a user, said an update will be available via the Google Play Store, as soon as the new Poco Launcher 3.0 is ready.