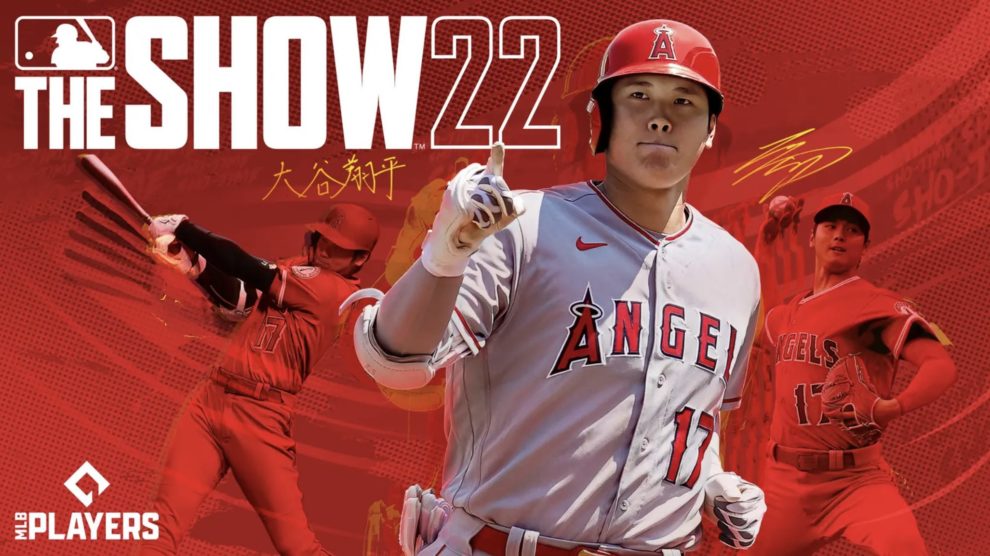 MLB: The Show, produced by San Diego Studio in 2006, is a Major League Baseball video game series. For almost 2 decades, this game has proven itself and earned a reputation as one of the most loyal baseball video game simulations in the market. Millions of players choose MLB The Show because of its excellent gameplay and the fact that it offers accurate players. On April 5, San Diego Studio released the latest version of the video game simulation – MLB: The Show 22. This game comes with new features, including a brand-new commentary team, an expanded cross-platform capability, and over 150 playable Legends. Sadly, the game also comes with a couple of bugs. In the ‘Mini Season’ mode, players are experiencing an issue, in which the game is counting some wins as losses, according to reports.

As you continue reading, you’ll find everything you need to know about the new MLB: The Show issue, including how to fix it.

Wins are counting as losses in MLB: The Show Mini Season

The latest reports across various social media platforms reveal that MLB: The Show players are experiencing a situation where some Mini Season wins are currently counting as losses. Explaining the issue, some affected players mentioned they play a particular game, winning it repeatedly. However, instead of counting as a win, the Mini Season game only displays the game as a loss.

After going through several other reports, we realized that the “Mini Season wins counting as losses” issue isn’t the only problem players are reporting. Some players also reported they can’t access the MLB The Show Mini season mode. With that, it seems the cause of the issue is bug-related. You can check here (1,2,3,4,5) to see what the affected players are saying about this issue. 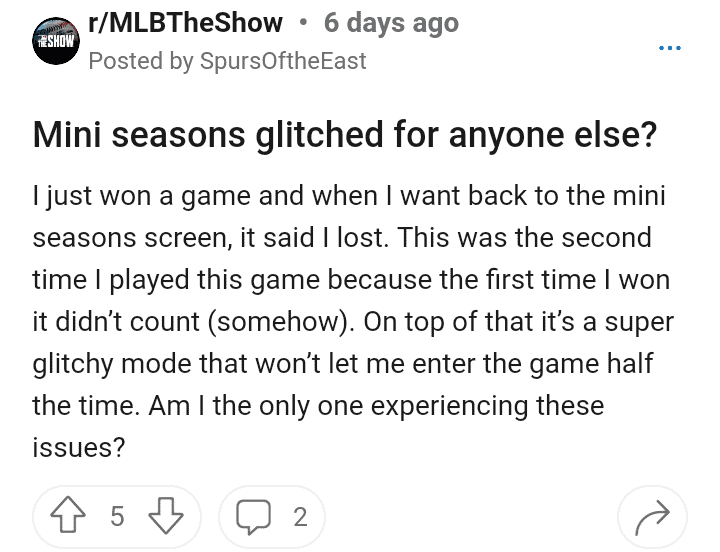 Sadly, there’s no official fix yet to resolve the MLB The Show “Mini Season wins counting as losses” issue. However, according to this post, the game’s developers are already aware of the annoying issue. The company promised to release some updates regarding the issue and a couple of them have been spotted by Piunikaweb.

A couple of days ago, San Diego Studio released a new update for the game. This update packs a host of features and bug fixes. However, none of the official fixes was effective to address the current issue on the ground, according to this post. 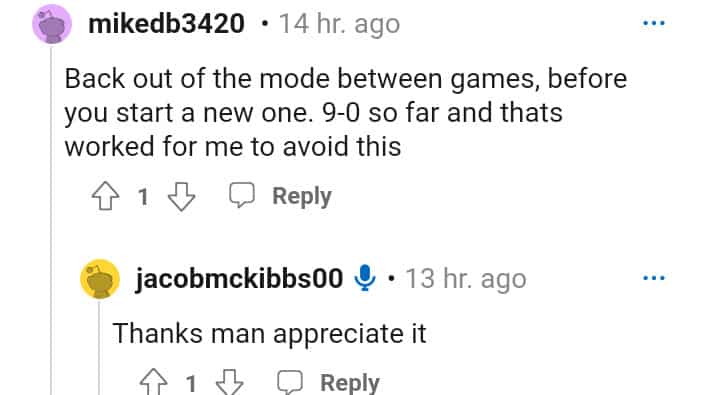 As usual, we’ll continue to monitor the MLB team for you. As soon as we find anything worth sharing, we’ll keep you posted here.