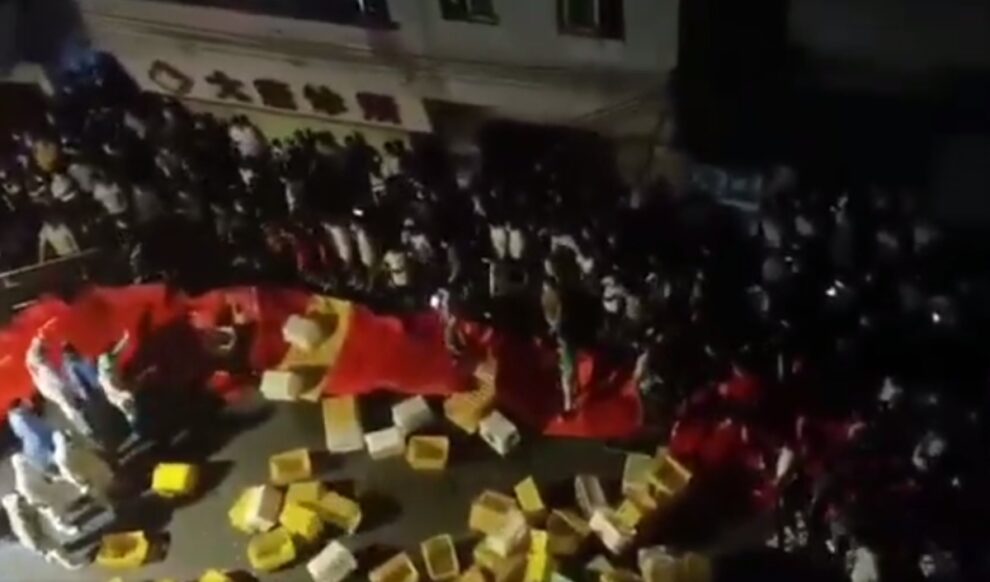 An LGBT activist who was detained last month after some of China’s biggest protests in years was released on bail this week, their mother said, but 11 more demonstrators remain in custody.

Yang Zijing, 25, was released from police detention in the southern metropolis of Guangzhou on Tuesday, mother Gao Xiusheng told AFP, declining to add further details for fear of retribution.

An overseas activist nicknamed Rio also told AFP that Yang and six other Guangzhou protesters he knew were released on bail Monday and Tuesday after fulfilling the maximum 30-day criminal detention period without further charges being pressed.

Yang, who identifies as non-binary, joined a protest in Guangzhou’s Haizhu Square on November 27. They were detained on December 4 on charges of “picking quarrels and provoking trouble”.

Rio said the released protesters were confined to their city of residence for a year as part of their bail conditions and must report regularly to police.

“They will be under a lot of surveillance from various departments,” he said.

Rio also told AFP he knew of another 11 Beijing protesters who had been detained since December 18.

That group had initially been summoned by police for 24 hours the day after the November 27 protest and had their mobile phones confiscated.

Another person familiar with the detentions said the group of 11 detained protesters included at least two journalists and an editor at a Beijing publishing house.

The person said the charges included “gathering a crowd to disturb public order”.

Relatives were afraid to speak out publicly due to police intimidation, the person said.

A third person familiar with the case said lawyers representing some of the group had been barred from speaking to the media.

Activist Rio said at least one of the group had been arrested in Guangdong province and taken to Beijing.

AFP has also learned of several mostly young protesters detained for up to 24 hours in Beijing and Shanghai, with police deploying sophisticated technology to track them down.