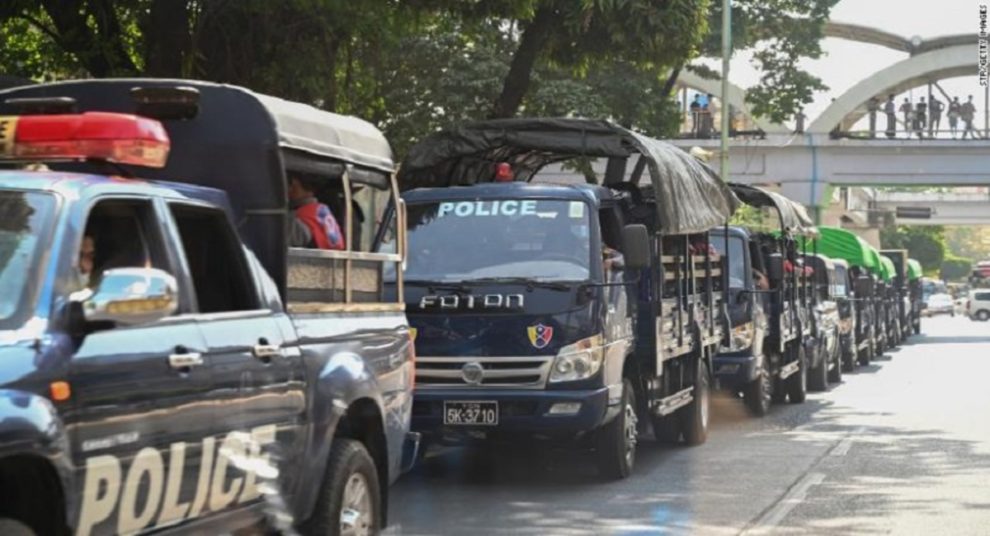 The aggressive statement by Bangladesh based ‘Rohingya’ leader Dil Mohammad imploring the international community “to come forward and restore democracy at all costs” in Myanmar following Monday’s dramatic developments there is extremely counterproductive and risks confirming accusations that this Muslim minority group is being exploited as proxies for carrying out regime change in the Southeast Asian state.

Dil Mohammad, a Bangladesh-based “Rohingya” leader who previously represented this Muslim minority community in repatriation talks with Myanmar, told Reuters that the international community must “come forward to restore democracy at all costs” following Monday’s dramatic developments in the Southeast Asian state. The “Rohingya” regard themselves as indigenous to Myanmar’s restive northwestern Rakhine State but some state officials consider them to be the descendants of illegal Bangladeshi immigrants. The country’s military, known as the Tatmadaw, launched a large-scale security operation there in 2017 in response to ethno-separatist terrorist actions at the time which resulted in a massive outflow of people to neighboring Bangladesh. Some members of the international community regard those events as “ethnic cleansing” or even “genocide” despite the Tatmadaw and even recently detained “State Counsellor” Aung San Suu Kyi defending them as a legitimate response to ensure national stability and security during a time of crisis.

I wrote about the “Rohingya” in several articles over the past few years where I warned that this minority group could be exploited by foreign forces to support a regime change in Myanmar on the pretext of either “defending human rights” and/or “spreading democracy”. That’s not at all to say that every person who self-identifies as “Rohingya” is a foreign proxy, but just that there are legitimate concerns that the conflict’s dynamics can be manipulated from abroad for the aforementioned Hybrid War aims. For those who aren’t already familiar with my work on this topic.

To summarize, the country’s preexisting identity tensions could be taken advantage of by arming and providing other forms of assistance to “Rohingya” insurgents for the purpose of carving out a new country at the crossroads of South and Southeast Asia. This new statelet, tentatively described as “Rohingyaland”, could function in a similar manner to “Kosovo” by potentially serving as the center for the US’ regional military operations. No prediction is being made about the certainty of this scenario transpiring, but just that the dynamics very strongly parallel what previously happened in the Autonomous Province of Kosovo & Metohija.

However one feels about the Tatmadaw detaining Suu Kyi and imposing a one-year state of emergency in response to last year’s contested elections, which the military maintains were marred by systemic fraud despite the Election Commission rejecting that accusation as recently as last week, it must be objectively recognized that this is a strictly internal political dispute. Suu Kyi largely maintained the foreign policy of her military predecessors by continuing to improve ties with China while also expanding Myanmar’s relations with other countries. It also shouldn’t be forgotten that she supported the Tatmadaw’s security operation in Rakhine State despite strong international criticism, including from many of her foreign friends. These observations further confirm that what transpired in the country is a purely domestic affair. As such, no foreign forces should agitate for regime change, especially not “Rohingya” representatives who already have a troubling reputation for this. All that Mr. Dil is accomplishing is reinforcing the Tatmadaw’s views that some “Rohingyas” are a threat.

Counterproductive To The Cause

In fact, those who support the “Rohingya” should consider publicly condemning his aggressive demands because of how counterproductive they are to his community’s cause. Calls for what can clearly be interpreted as a foreign military intervention on supposed “democracy” and “human rights” pretexts violate international law. Not only that, but they imply that Mr. Dil has ulterior motives than just “restoring democracy” considering the political track record of some of the “Rohingya” that he represents who unquestionably resorted to terrorist activity in support of their ethno-separatist cause. It certainly seems as though he hopes that his far-fetched plea for a “pro-democracy” invasion of Myanmar would create strategic opportunities there for him to promote his political agenda, which could very well manifest itself in the earlier described scenario of a “South Asian Kosovo in Rohingyaland”. During this sensitive moment, Myanmar needs political support in order to retain stability, not warmongering demands from self-interested minority representatives based abroad.