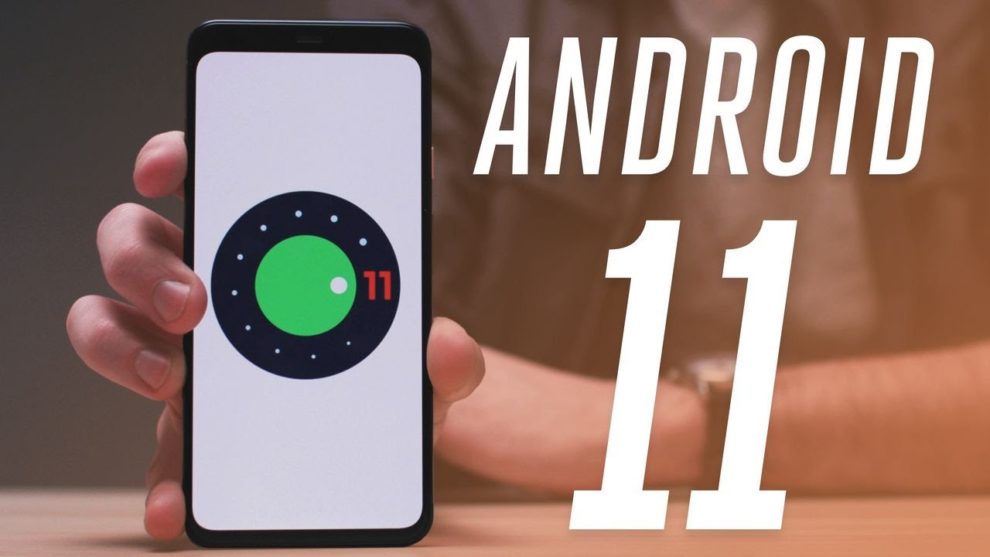 It’s no more news that the Android 11 OS is officially out. The latest operating system was released last month – September 8 to be precise. And so far, some devices, especially Google Pixel phones, have already picked up the update. As expected, the new Android 11 update brings a host of new features and improvements over the previous one. However, just like most updates, Android 11 also comes with several bugs, according to reports across various social media platforms. According to the latest report, some Google Pixel users have started complaining that they’re experiencing an issue with their devices’ Navigation & status bar. While explaining the problem, they said the bar fails to disappear even when they make use of fullscreen apps.

According to many Pixel users, who have now taken to various social media platforms, including Reddit and Google Support, their devices’ Navigation & Status bar keeps appearing, even when they make use of fullscreen apps. Furthermore, some of the users mentioned that the issue started for them after receiving the latest Android 11 update. Also, looking at the reports so far, we noticed that the issue mostly affects gamers, especially those using their devices to play Call of Duty. Let’s have a quick look at some of the reports below:

According to Ammrazdy, the Android 11 user mentioned that the Navigation & Status bar keeps appearing in fullscreen apps on his device. Furthermore, the user revealed that the issue causes him to restart his game severally. Here’s a brief of what the user said regarding the issue, introduced by the latest Android 11 update.

“It’s so disturbing while playing games, how many times to restart the game.”

“Has anyone had issues with the status bar occasionally getting stuck when playing fullscreen games?”

Further research reveals that some users have been experiencing the Navigation & Status bar issue since the Android 11 update was in its beta stage. However, Google wasn’t able to fully address the issue at that time. 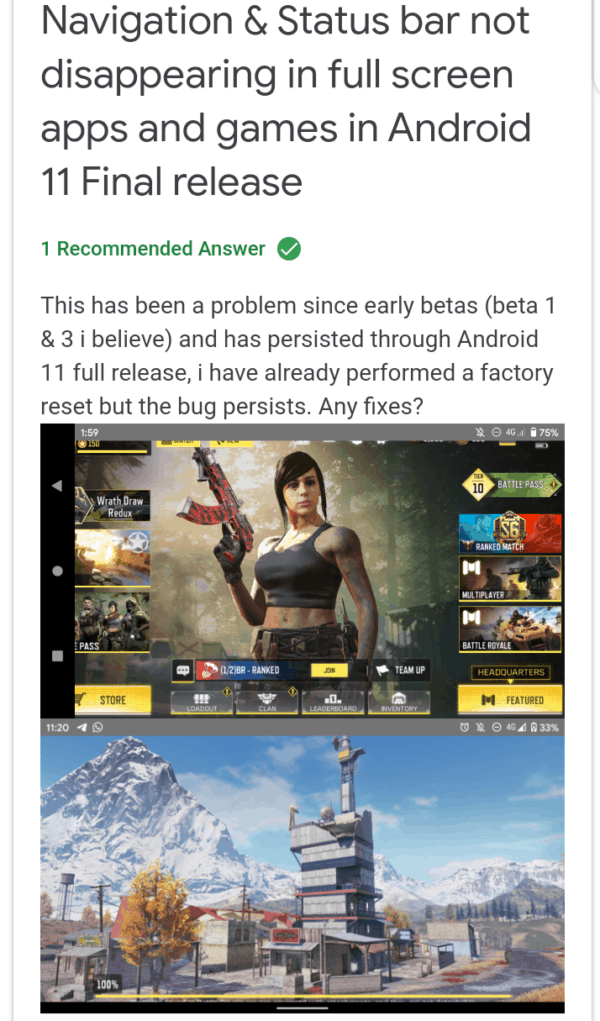 Any Available Fix To Address The Issue?

For now, Google hasn’t released an official statement yet to address the Navigation & Status bar issue. However, according to what a Gold Product Expert said in response to a user, the issue might be from the app developers. Here’s what the product expert said regarding that below:

“I haven’t noticed this on any apps. From the screenshot, it looks like you have this problem on only one app.
Are you seeing the same issue on other apps too? If this happens with only one app, it is ideal to contact the app developer and let them know.”

It’s still unclear whether the issue is from Google or the application developers. However, we’re hopeful that there’ll be a fix sooner than later from one of them to address the annoying issue. We’ll keep an eye on Google regarding the issue and as soon as we find anything worth sharing, we’ll let you know about it here.