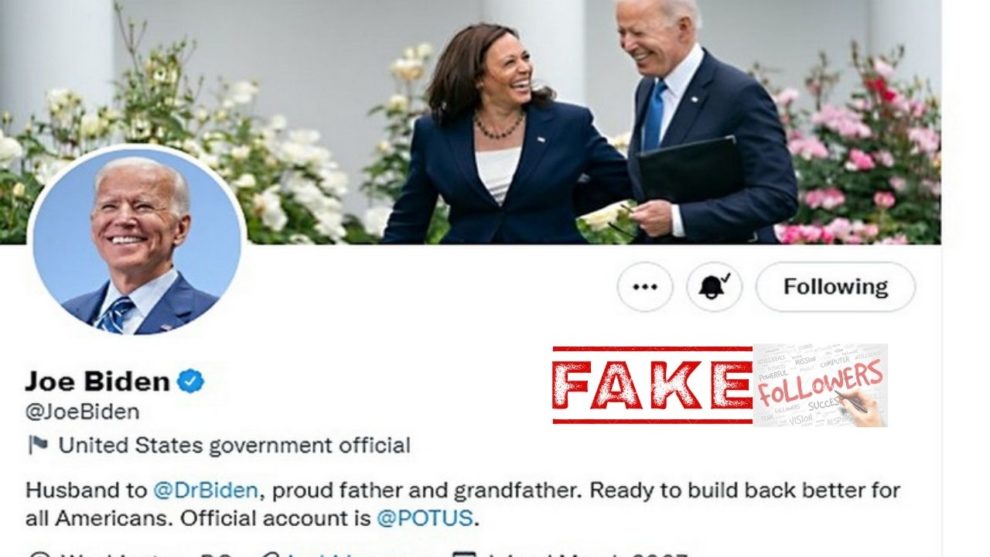 President of the United States of America Joe Biden has nearly 22.2 million Twitter followers, but nearly half of these are fake, according to  SparkToro.

SparkToro estimates nearly half of Biden followers on Twitter are fake

SparkToro is a software company with an audit tool that discovered 49.3 percent of Biden’s followers were “fake.” This estimate is based on a variety of factors, including location, default profile images, and new users.

According to SparkToro, fake followers are “accounts that are unreachable and will not see the following account’s tweets (either because they’re spam, bots, propaganda, etc. or because they’re no longer active on Twitter).”

Any Twitter user can use the tool to determine how many of their followers are fake.

The same tool was claimed earlier this month to show that 53.3 percent of Tesla CEO Elon Musk’s followers are fake.

SparkToro told The Independent about its methodology “This audit analyses a sample of 2,000 random accounts from the most recent 100,000 accounts that follow elonmusk, then looks at 25+ factors correlated with spam/ bot/ low quality accounts.”

Mr Musk, who is currently attempting to acquire Twitter, has expressed concern about fake accounts in recent weeks. The 44 billion dollar deal is being held up because Elon Musk claims that the number of fake followers Twitter estimates is much lower than it is.

“My offer was based on Twitter’s SEC filings being accurate,” Musk said.

“Yesterday, Twitter’s CEO publicly refused to show proof of <5%. This deal cannot move forward until he does.”

According to CEO Parag Agrawal, 5% of all Twitter accounts appear to be fake, but Musk believes the figure is much higher, closer to at least 20%.

“We suspend over half a million spam accounts every day, usually before any of you even see them on Twitter. We also lock millions of accounts each week that we suspect may be spam, if they can’t pass human verification challenges (captchas, phone verification, etc),” Agrawal said.