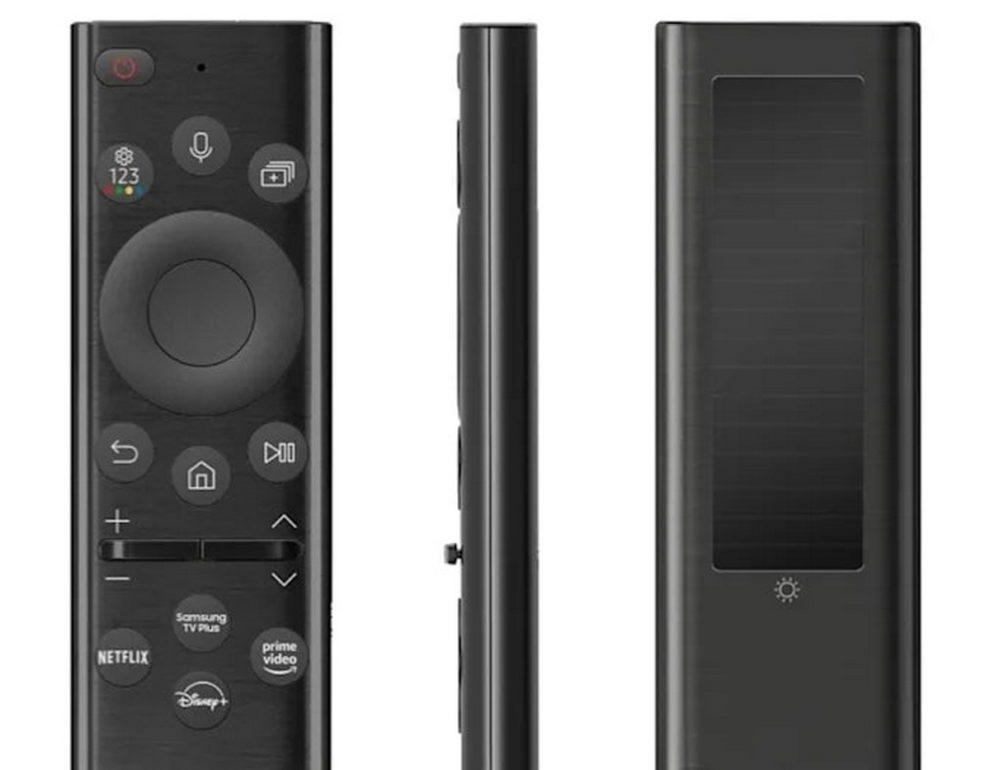 At the CES 2022, Samsung unveiled a new TV remote that charges itself using radio waves from the home router.

At last year’s CES, the company unveiled a solar-powered Eco Remote for its 2021 TVs.

This year, Samsung added RF (radio frequency) harvesting capabilities to the remote, allowing it to keep its charge by “collecting routers’ radio waves and converting them to energy,” according to The Verge.

The new Eco Remote can also be charged via outdoor and indoor lighting, as well as via USB-C.

“The TV remote is intended to complement Samsung’s ‘lifestyle’ TVs such as The Frame, Serif, and Sero.”

Instead of disposable batteries, the remote control is made of renewable plastic and powered by photovoltaic energy.

“Supposing that a typical TV is used for around seven years, changing the batteries in its remote just once a year would mean that 14 batteries would get used and thrown out,” according to Kwanyoung Kim, a Samsung engineer.

“If we apply that number to Samsung Electronics’ expected annual global TV sales, it amounts to approximately 99 million discarded batteries. If we apply it to annual TV sales overall, it adds up to nearly 3.1 billion batteries,” the company said last year.