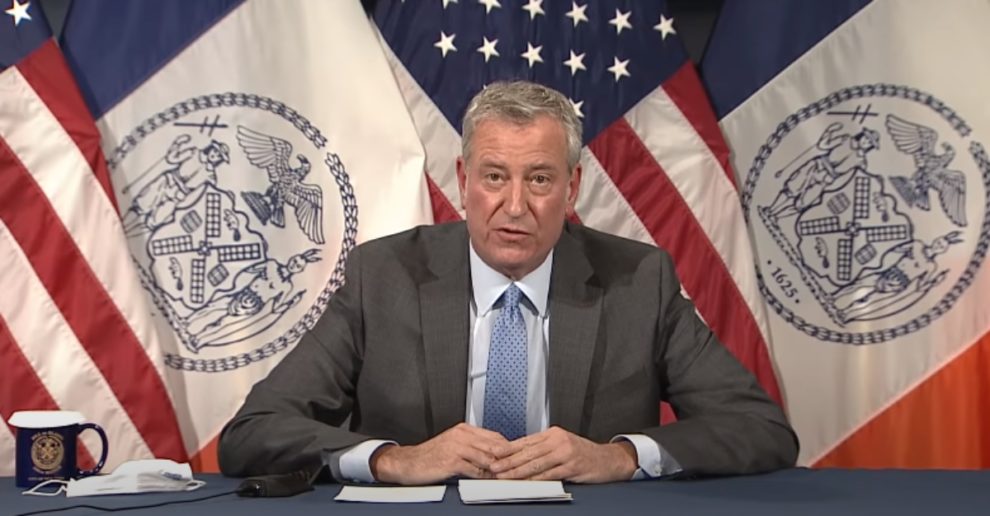 He stated that it will go into effect on December 27.

“The #OmicronVariant has arrived. Winter months will make create new challenges. We’re not waiting for another #COVID19 surge,” Mayor De Blasio said in a tweet.

Although New York City has mandated vaccines for city workers, this would be the first of its kind for private employees.

Authorities are urging New Yorkers to get vaccinated and get the booster shot as the number of confirmed omicron cases rises along with the daily COVID-19 positivity rate —- and the booster dose may be required.

The good news is that the newly discovered coronavirus strain does not appear to pose a significantly increased risk of severe illness at this time, but there is still much to learn about omicron.

“Thus far, it does not look like there’s a great degree of severity to it,” President Joe Biden’s chief medical adviser, Dr. Anthony Fauci, told CNN on Sunday. “But we have really got to be careful before we make any determinations that it is less severe or it really doesn’t cause any severe illness, comparable to delta.”