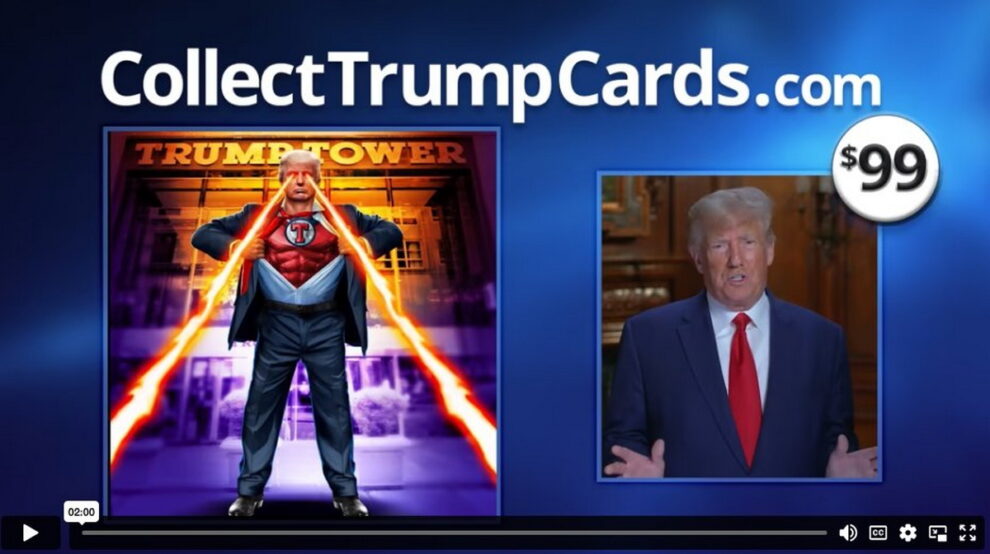 “AMERICA NEEDS A SUPERHERO! I will be making a MAJOR ANNOUNCEMENT tomorrow. Thank you!” Trump posted Wednesday on his social media platform Truth Social.

After teasing at a major announcement on Wednesday, Trump asked his followers to buy his $99 NFT collection. Trump is dressed as a superhero in the digital cards. 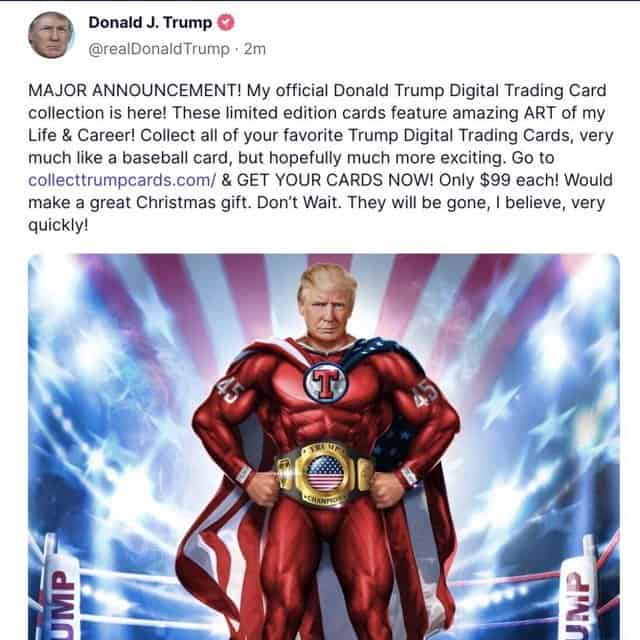 According to the post, the limited edition cards feature amazing artwork pertaining to the former president’s life and career. Trump compared the Digital Trading Cards to baseball cards or other collectibles but said they’re much more exciting.

The former president also posted a video on Truth Social.

In the clip, Trump is portrayed as a cartoon stripping away his shirt to expose a super-suit with some six-pack abs and laser beams shooting from his eyes. He starts the announcement with: “Hello, this is Donald Trump. Hopefully your favorite president of all time – better than Lincoln and Washington.”

The campaign states: “Each Digital Trading Card (NFT) is not only a rare collectible, it automatically enters YOU INTO A SWEEPSTAKES for a chance to win 1000’s of incredible prizes and meet the one and only #45! There’s no purchase necessary to enter!”

The NFTs include a chance to meet Trump himself as a special prize. On purchase of a photo of Trump dressed as a cowboy, they will be entered to win a night in Miami and a private dinner hosted by Trump. The other prize is a chance to play golf with your group of friends at one of Trump’s golf courts.

The 76-year-old promised to autograph memorabilia, along with Zoom calls, and one-on-one meetings. Each customer will be added to an exclusive community of Trump’s fans.

None of his cards, which also include one of him dressed up as an astronaut, “will have more than 20 copies in existence.”