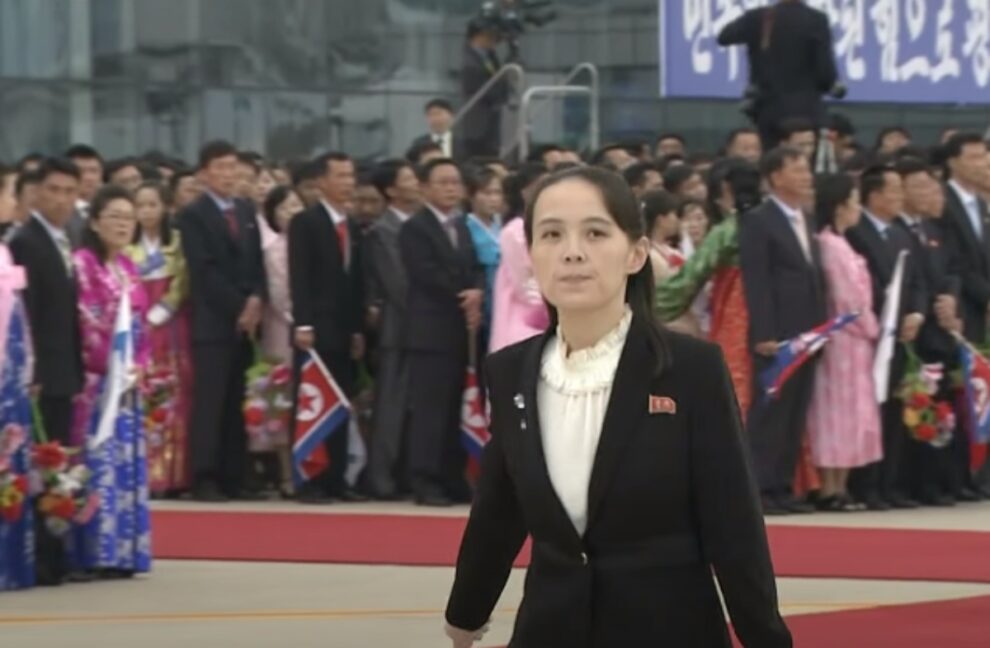 The North fired an ICBM on Friday in one of its most powerful tests yet, prompting the Security Council to convene an open meeting on Monday in New York.

Kim Jong Un’s sister, Yo Jong, accused the UNSC of turning “blind eyes to the very dangerous military drills” of Seoul and Washington and “their greedy arms buildup”.

“This is evidently the application of double-standards,” she said in a statement carried by the official Korean Central News Agency (KCNA).

A divided Security Council slammed Friday’s launch but stopped short of issuing a formal statement because of opposition from China and Russia.

The United States, Britain, France, India and Australia were among the 14 Security Council members to strongly condemn the launch of the ICBM, which landed about 200 kilometres (120 miles) from Japan’s coastline.

The 14 signatories said in a joint statement the latest launch was a serious escalation “and poses an unequivocal threat to international peace and security”.

Kim Yo Jong called the statement “disgusting” and described the 14 signatories as “rabbles”.

She said the United States, which she likened to “a barking dog seized with fear”, was pushing the Korean peninsula towards a new crisis and warned of “the toughest counteraction”.

“The more hell-bent it gets on the anti-DPRK acts, it will face a more fatal security crisis,” Kim Yo Jong said, using the North’s official name of the Democratic People’s Republic of Korea.

Kim Jong Un supervised Friday’s launch, which KCNA said was a Hwasong-17 — dubbed by analysts as the “monster missile”.

The missile flew 1,000 kilometres (620 miles) at an altitude of 6,100 km, South Korea’s military said, only slightly less than the ICBM Pyongyang fired on March 24, which appeared to be the North’s most powerful such test yet.

The launch was the latest in Pyongyang’s record-breaking blitz of launches in recent weeks.

Pyongyang and Moscow have repeatedly blamed them on Washington’s moves to boost the protection it offers to allies Seoul and Tokyo.

Officials and analysts in Seoul and Washington say the launches may build up to a seventh nuclear test.

The UN Security Council has passed nearly a dozen resolutions imposing sanctions on North Korea over its nuclear and missile activity since 2006.

The United States accused Beijing and Moscow this month of protecting Pyongyang from further punishment.