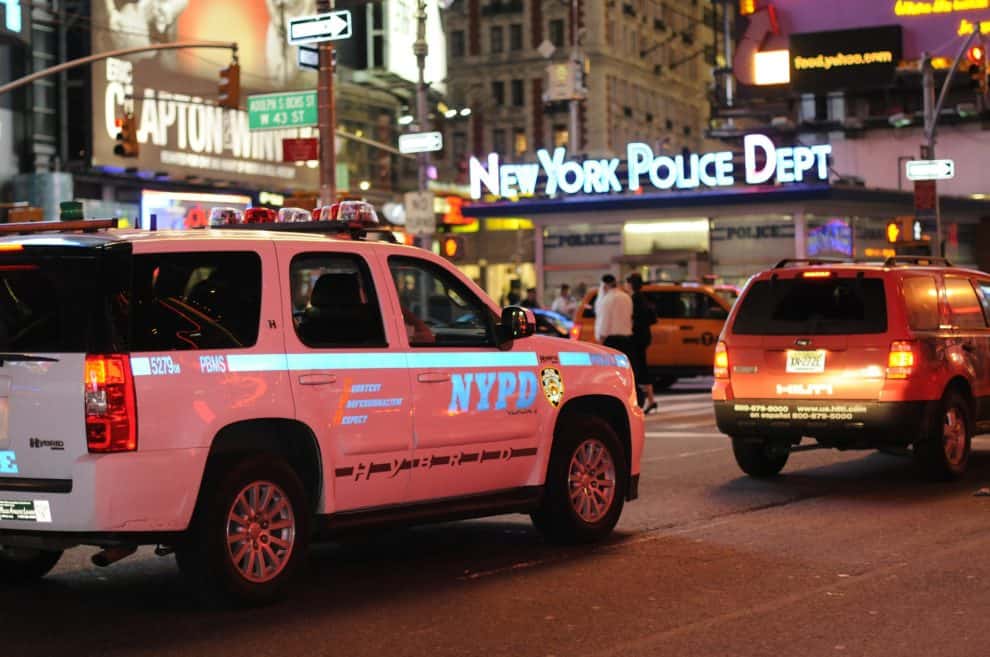 Racial tensions across the United States are at the peak after the death of George Floyd in Minneapolis on May 25. People in the US and many other countries are protesting against police brutality. Amid all this, three NYPD police officers fell sick after drinking milkshake at a Shake Shack restaurant in a subway station in Lower Manhattan.

The NYPD police officers were on protest patrol on Monday night. After drinking milkshake at the Shake Shack restaurant, they went to a hospital saying they drank contaminated beverages. One of the officers said the milkshake had a bleach smell. The hospital has since released them.

The police unions were quick to conclude that the Shake Shack employees poisoned the officers. Patrick Lynch, chief of the Patrolmen’s Benevolent Association of the City of New York, wrote in a letter:

At some point during their meal period, the MOS [members of service] discovered that a toxic substance, believed to be bleach, had been placed in their beverages.”

The Police Benevolent Association of the City of New York issued an alert saying, “When NYC police officers cannot even take meal without coming under attack, it is clear that environment in which we work has deteriorated to a critical level.” 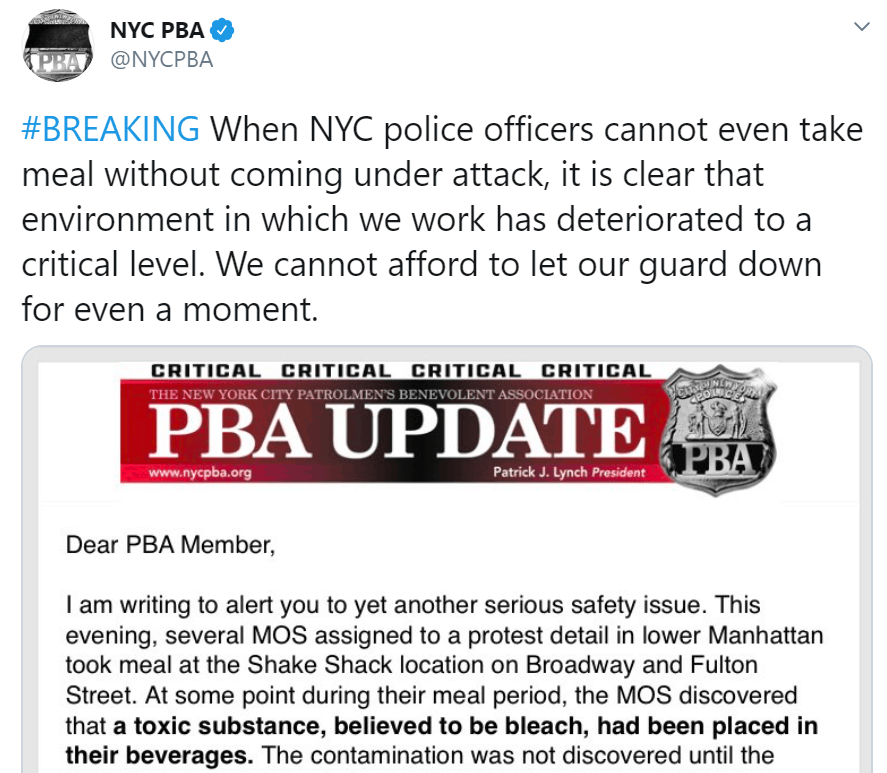 The Detectives’ Endowment Association (DEA) called it an attack on the police. The Association said that one or more of Shake Shack employees deliberately poisoned the officers. They have since deleted the tweet.

The DEA President Paul DiGiacomo said in a statement that police offers across the country “are under attack by vicious criminals who dislike us simply because of the uniform we wear.” He added, “These cowards will go to great lengths to harm any member of law enforcement.”

Shake Shack said it was “horrified” at the news, and was working with the police in their investigation.

‘No criminality’: Bleach in Shake Shack milkshake an accident

After the police department’s “no criminality” statement, Shake Shack tweeted Tuesday morning that its team was “working hard” to get the full picture. 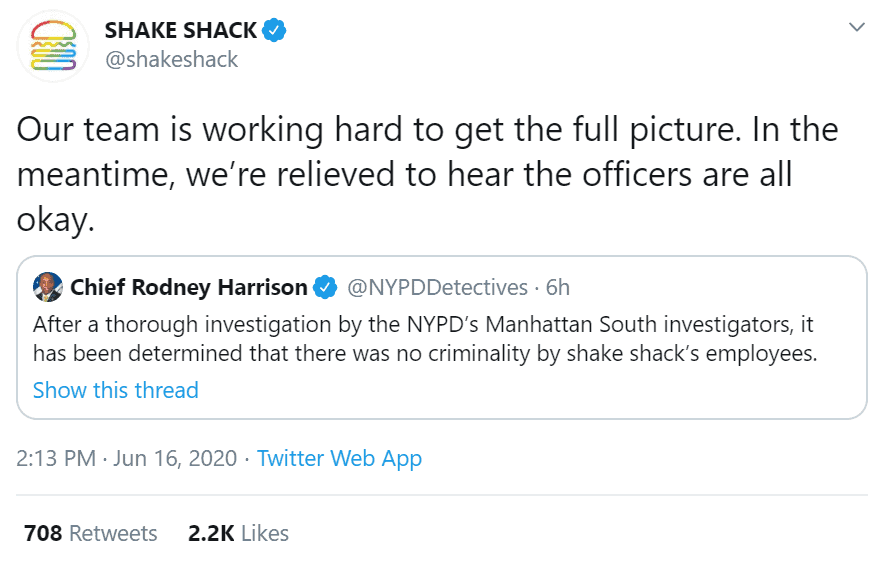 Sources familiar with the matter told CBS2 that it was an accident. Most likely, a cleaning solution remained in the shake machine after cleaning. The solution ended up in the officers’ beverage and gave it a bleach-like smell.